Why Santiago, Chile’s Immense Smog Problem Should Concern All Of Us 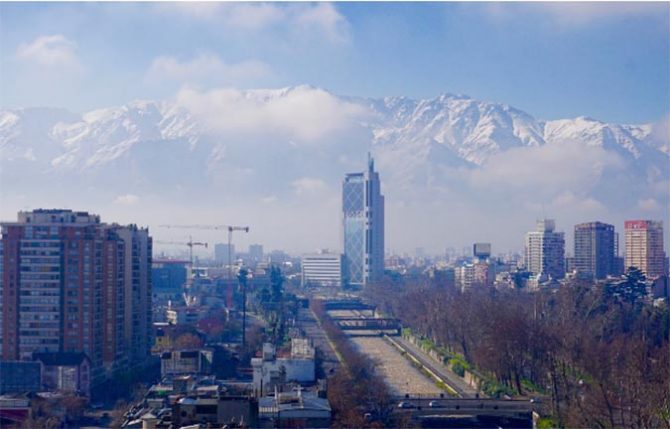 Santiago: where the mountains meet the city.

I’m standing atop a 12,000-foot ridgeline at the top of Valle Nevado in the Tres Valleys region of Chile, short of breath due to both the high altitude and the sprawling view of the region’s immense peaks and valleys.

I look to my left at the resort and the crown of jagged peaks that seem to cradle Valle Nevado in a large snowy palm. It is tranquil and surreal, something that feels so far removed from the bustling metropolis of Santiago, a city of 7.3 million people, a city that seems to have the density of New York City and the sprawl of Los Angeles.

Then I look to my right towards El Colorado, through a keyhole that leads one’s eye towards the valley floor where you can see the edge of the city. At first it’s confounding how close one is to the urban center, while being immersed in such tremendous mountains. The second thing that becomes painfully obvious is the dense cloud that shrouds the city like an impenetrable blanket: the hazy smog of Santiago is devastating. 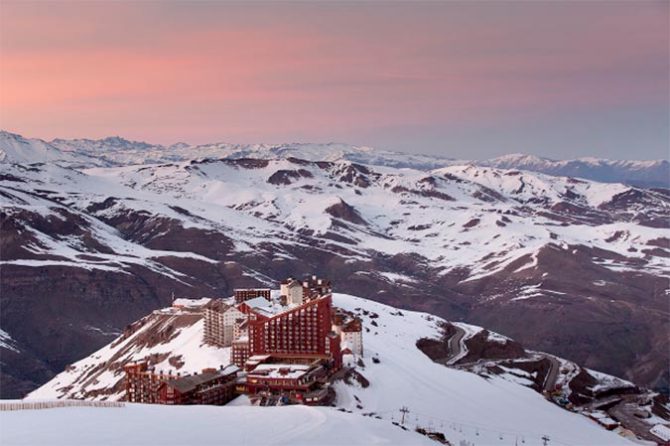 I strap my bindings tight, take one last look towards the city, and already feel a slight tinge of guilt as I know my distraughtness over Santiago’s air quality will soon be overpowered by the elated joy of scoring fresh powder turns in early September. As I straight line a small chute into an open powder field I lean back into a spray-throwing heelside turn and the weightless zen of an untracked carve overruns my senses.

The next three days at Valle Nevado becomes a blur of powder ecstasy. Even though it’s been almost a week since the last storm, there’s still an abundance of fresh as many of the tourists that come from all over South America prefer groomed runs over the off-piste powder fields.

After our final day of riding our group decides to take the switchback-laden road back to Santiago. It’s a strange feeling to watch the landscape transition from high altitude alpine to cactus-dotted drylands. Within in an hour, we are back in the heart of the city, it’s a shock to the system. Our tranquil mountainside resort is replaced by the hustle and bustle of extreme population density.

The following morning I wake up early, the sun is out, and it feels good to stroll along the streets, watching the vibrant people of this wonderful city start their day. I’ve become fond of my mornings here taking in the street art, the diverse architecture, and the mountains, those grand mountains that dwarf the highrises of downtown Santiago. 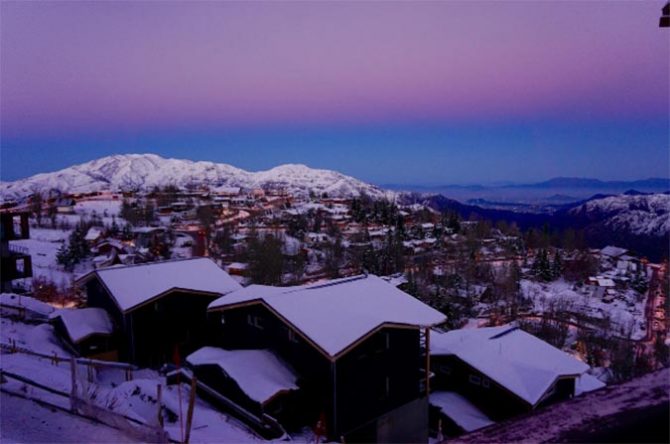 Mornings are charming, the city is sleepy, the mountains are visible, but on many days by the afternoon, the peaks are enveloped in a dense smog, erasing them from view. This is a serious issue for Santiago, a city that after years of dictatorship is still finding its footing in the greater world, a place that has the potential to be a leader in the development of economy, infrastructure, and environmental policy.

Santiago continues to grow at a rapid pace, as one of the most stable urban centers in South America, it continually attracts immigrants from all over the world. However, as Santiago continues to grow so will its environmental woes, as more people means a larger carbon footprint, for a city already teeming with cars and industry, it will be essential for Chileans to find ways to offset growth.

The Chilean Government is springing into action, although not without criticism, by setting forth on a one billion dollar environmental initiative to reduce greenhouse gas emission by up to 60 percent in the next 10 years. Most of the initiatives are reductionist in principal, which will be essential for reducing greenhouse emissions. But for Santiago to become a truly environmentally conscious city it will also need to be proactive in both developing and investing in sustainable manufacturing and technologies.

While it can be a struggle to get our fellow North Americans to be proactive about climate change at home, it seems nearly impossible to get them to care about climate change and pollution in a city over 5,000 miles away from Los Angeles. However, there are a myriad of reasons for North Americans, especially those that love the outdoors, to be engaged in what is taking place in Santiago.

Santiago is a mecca for outdoor and adventure athletes. With access to world class resort and backcountry skiing, mountain bike terrain, climbing, and surfing, Santiago is an outdoor paradise. It is also the gateway to Patagonia for many traveling South to experience one of the most important outdoor regions in the world. Aside from sporting, Santiago is important because of its size and cultural influence both in South America and across the globe. Climate change isn’t a national issue, it’s global, and supporting a city that can have a cultural influence over an entire continent is essential for effecting change. 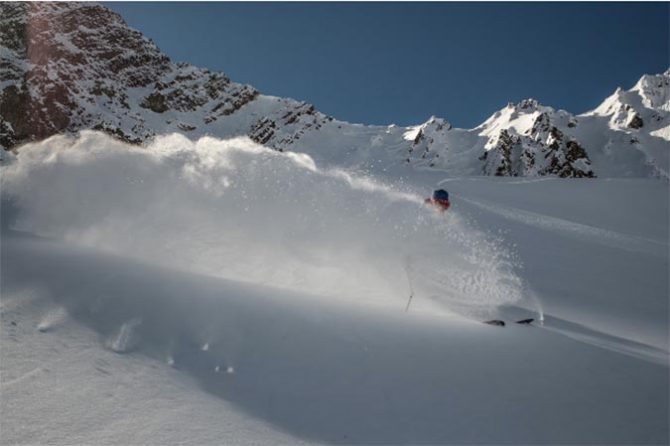 As we become more global it is important for us to use our voice for that awareness and change. What is happening in Santiago is happening across the globe, it’s happening in the US in cities like Salt Lake and Los Angeles. We should be both cognizant and proactive about what is happening in Santiago, as it is one of the most spectacular outdoor sports regions in the world, but also because as we look towards our future and how we can positively impact the climate we will need to look past our own borders, investing both fiscally and educationally in world population centers.

I’m ultimately hopeful for Santiago, I’m hopeful that I’ll be able to return to the Andes and score August and September powder for years to come, and hopeful that one day I’ll be able to gaze from the cultural hubs of the city to the big looming mountains in the east with absolute clarity. The initiatives that are underway in Santiago are important for South Americans, important for outdoor enthusiasts, and important for the world as we will either prosper or sink this ship together, united as one.