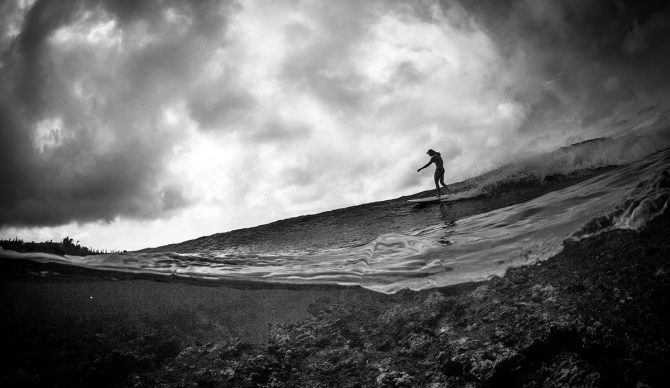 The World Surf League announced a new initiative Tuesday that aims to encourage United Nations ambassadors and United States lawmakers to adopt more policies to protect the oceans. The campaign is headed by We Are One Ocean, which will call for protecting 30 percent of global oceans and strengthening conservation efforts for the other 70 percent by the year 2030.

The 30×30, as they’re calling it, will start by submitting a global petition to United Nations leaders leading up to the Convention on Biological Diversity. There, the NRDC’s 30×30 targets will cover efforts like creating new marine protected areas in the U.S., protecting existing ones, pushing for a new international treaty, and more.

“Establishing fully and highly protected areas is an incredible way to build resiliency in our ocean. This is a once-in-a-lifetime opportunity to protect critical ocean habitat and biodiversity for generations to come,” said Reece Pacheco, SVP of Ocean Responsibility for the WSL. “This isn’t just about the ocean. It’s about people. By protecting the ocean, and hitting 30×30, we guarantee a healthier future for all.”

“We’re calling on world leaders to adopt a target at the 2021 United Nations Convention on Biological Diversity to fully and highly protect at least 30 percent of the ocean and strengthen conservation in the remaining 70 percent by 2030,” reads the We Are One Ocean website. “Right now, the high seas lack basic modern management tools, and there is no legal mechanism to create fully protected MPAs.”

For now, the campaign is focused on garnering public involvement and support with a global petition. But the organization is also urging people to contact their state governors and UN ambassadors directly. Then, in February, the WSL will launch a new content series highlighting scientists, environmentalists, and professional surfers like current CT World Champion Italo Ferreira, and sharing their personal stories of connecting to, and caring for, the ocean.

“As a surfer, the ocean is my home and my place of work,” Ferreira says. “It’s really important to me to do what I can to protect it. I hope that by sharing my story and my love for the ocean it will inspire people to sign the petition.”