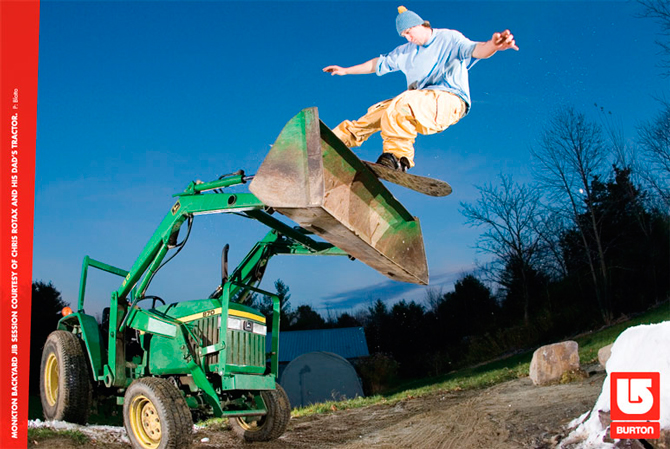 Back in the mid-2000s, Chris Rotax was destined to snowboard nearly every week of the year — all winter in the East, then shredding summer on Mt. Hood in the west, June through August. But what to do about September and October? Well, Chris would grab the cargo van, head down to UVM (the University of Vermont), park outside the Gutterson Fieldhouse, and wait for the Zamboni to drop a fresh load of ice shavings. With Yale Cousino in tow, they’d shovel the bounty into the van, shut the doors and drive to a predetermined location, unload the (man-made) “snow,” and enjoy a great afternoon of snowboarding.

Living in Vermont, Chris would call anytime he had something going on to see if I was around, which I happened to be on many occasions, including this tractor jib out at the family house. With pops granting permission for use of the John Deere, Chris erected scaffolding to generate speed, built up a small jump, and executed plenty of bucket fakie rocks (air to bucket, stall, reenter on kicker). Not satisfied with just one pic and video clip, he moved onto tail slides across the tractor then worked in the six-wheeled utility vehicle, family pet included.

When the day was done, it was another classic Chris Rotax good time outside the city limits of Burlington doing a bit of snowboarding, enjoying lots of laughs, and getting stoked for the upcoming winter with a motivated DIY snowboarding fiend. 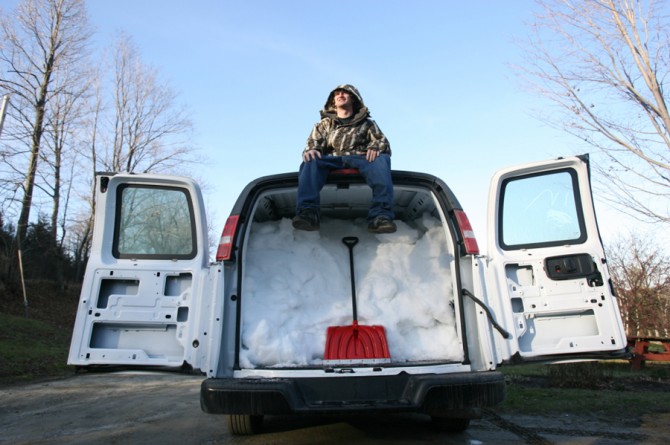 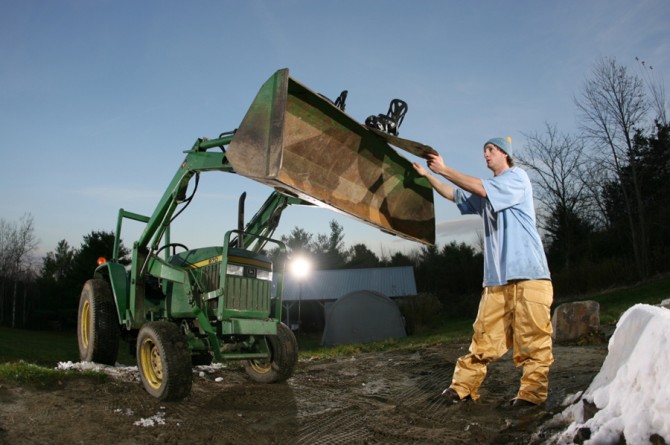 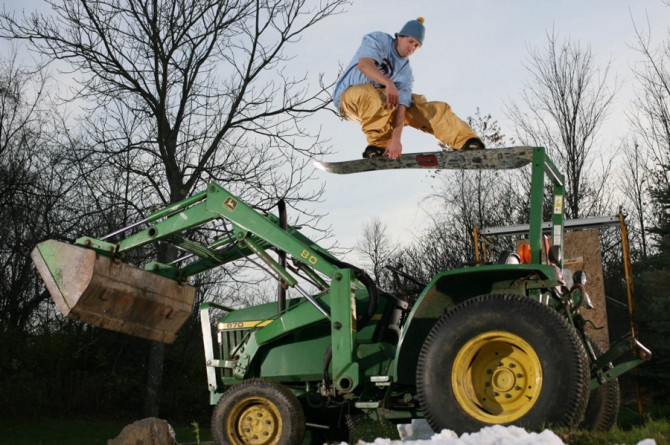 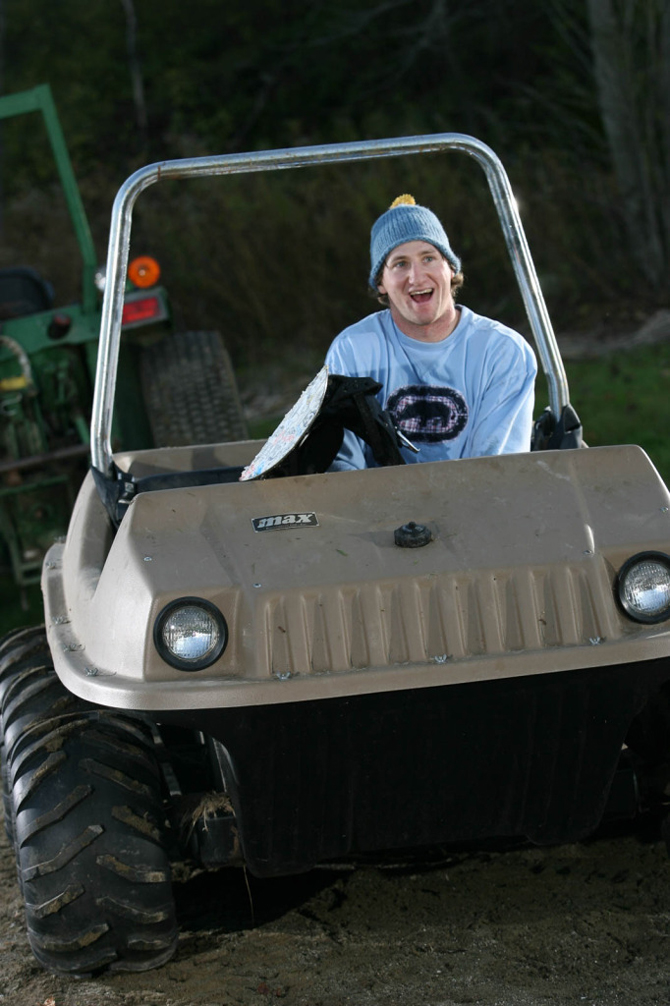 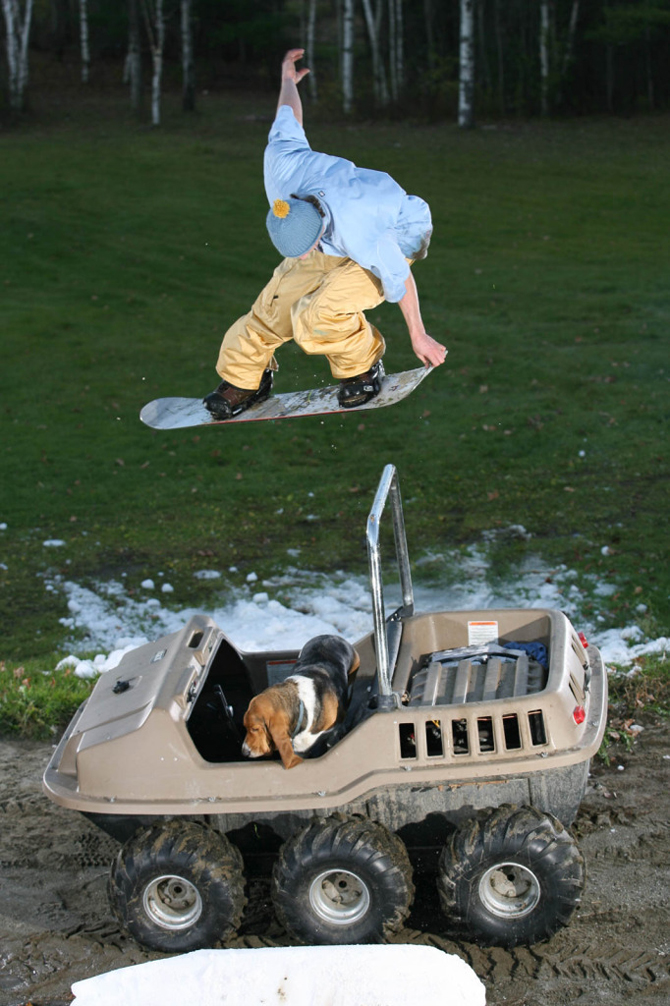