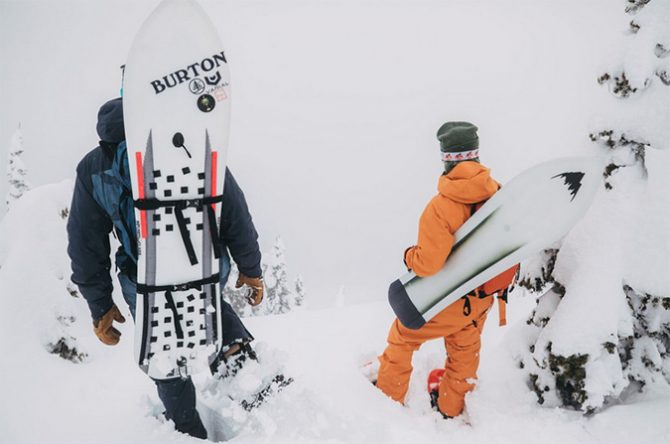 If you haven’t tried pow-surfing you need to. First off, it’s only done in powder, one of the most joyous substances on Earth. So you have that. Second, it’s all about feel and the nuance of body positioning instead of cranking on your bindings and edges. You don’t need a giant, exposed slope in the backcountry to have fun, either. A nice gladed pow run will do. And the exercise is legit.

This season, longtime Burton designer John Gerndt took a side-project he’d been working on and turned it into a one-off pow-surfing board that Burton will sell on a limited run starting in January. He’s calling it The Resonator.

Gerndt teamed with Varial Surf Technology out of Ventura, Calif. to use glass and foam techniques from the surf industry to make his lightweight, pow-gliding creation. Varial uses a process called Infused Glass, where they “infuse polyester or epoxy resin into the fiberglass under vacuum pressure.” Check out the details here.

One key for Gerndt in using this process is the flex it creates. He wanted his board to flex like a snowboard and using Varial’s Infused Glass technique helped him create the kind of ride he was looking for. “Most pow surfers on the market are snowboard-like construction or skateboard style,” Gerndt said. “The Resonator is the first surfboard style for snow. One key feature to it is that it flexes.” 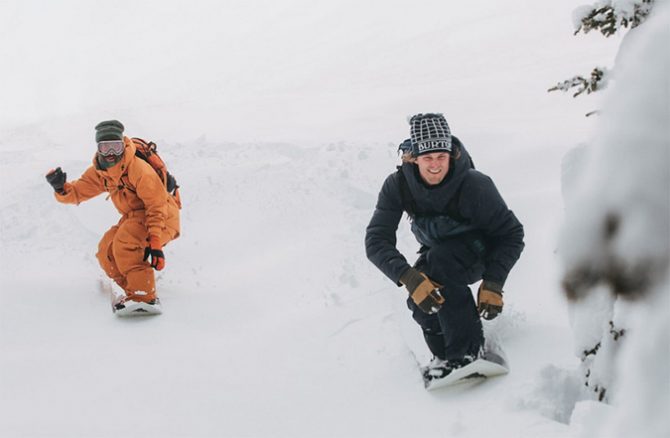 Instead of traction from front to back, Gerndt also dialed in the binding-less footing by using nubs, or traction bumps, on the deck, which he says really up the grip.

Gerndt teamed with Varial’s Parker Borneman and Edison Conner, who Gerndt says made a couple of treks out to Vermont to get the design dialed with him. Edison actually designed rockets at Space X so his knowledge of space-age, lightweight materials that are way easier on the environment is vast. Then Gerndt did something that’s a totally Burton thing to do: he and a bunch of riders went to Baldface Lodge near Nelson, B.C. and had a testing party. The feedback was all he needed.

“The board is fast, it is like riding a high-performance shortboard on snow,” he says. “It’s agile, quick, responsive, and strong.”