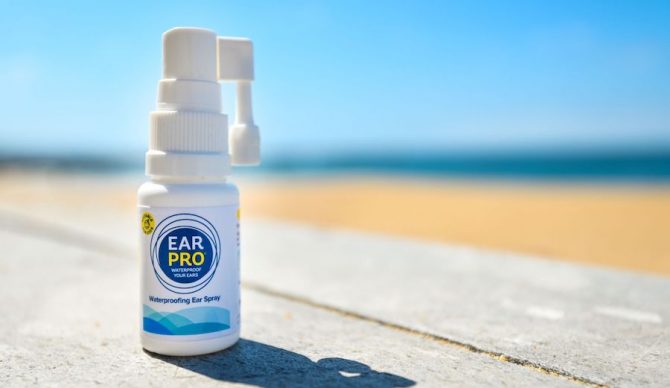 Ear Pro is a safe and effective solution for preventing trapped water in your ears. Photo: Ear Pro

Editor’s Note: This feature is presented by our partners at Ear Pro.

Ears and ear problems have got to be the bane of most surfers’ existence. Not only do cold-water surfers have surfer’s ear to deal with, but after any given session (particularly one with a trip to the washing machine or two) there’s a high potential for water to be trapped in one’s ears. Uncomfortable to say the least, but also potentially dangerous. Trapped water can lead to ear infections such as swimmer’s ear, which is painful, can require antibiotics or other medication, and can also cause both short- and long-term hearing loss. While cold-water surfers can (and should) go the earplug route without looking too kooky, try paddling out at a warm-water break like Waikiki with a pair of plugs in and you might get laughed out of the water. Luckily, there’s a better solution.

Recently at The Inertia, we’ve been trying out this new product called Ear Pro. Ear Pro is made from a unique blend of oils that are clinically proven to prevent water from becoming trapped inside your ears and kills the bugs that cause over 90 percent of ear infections. Applied before getting in the water, it coats the insides of your ears with a natural and non-toxic water-repellant layer that limits skin exposure to contaminants or bacteria in the water, as well as preventing water from getting trapped. The second ingredient, oregano oil, has natural antimicrobial properties which target the bacteria and fungi that cause ear infections. 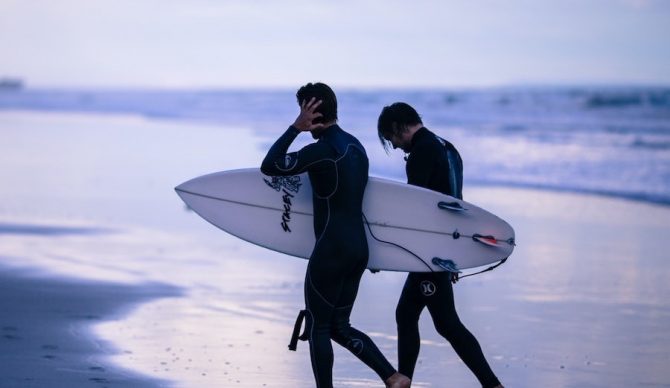 Ears and ear problems are the bane of just about every surfer’s existence. Photo: Arnaud Mesureur

So far, so good. We’ve tried Ear Pro out in the north of Spain, the Canary Islands and Los Angeles with great results. I got in the water with some Ear Pro at my favorite Galician surf break to give it a try. I’ve never had problems with ear infections, but I do get water trapped in my ears fairly often after surfing, especially in my left ear for some reason, so I was excited to give the Ear Pro a shot.

A quick spray in each ear followed by a gentle massage to make sure my inner ear was well-coated and I was good to go! The surf was on the larger side, and I was on a borrowed board with a bit too much volume making it hard to duck dive, resulting in more than a couple cycles through the washing machine. But despite having my ears filled with water on numerous occasions, by the end of the session any water in my ears had completely drained out, and I finished my session without the nagging slosh of water in my (left) ear as I so often do. Other members of The Inertia squad have given it a go as well, and have had nothing but positive feedback. 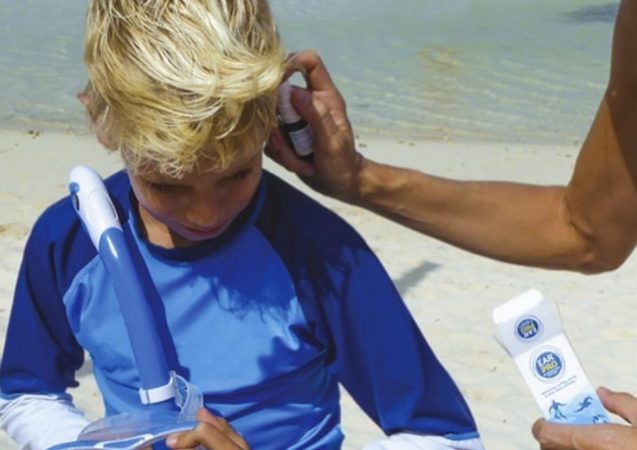 Children are particularly susceptible to water-borne ear infections, but not with Ear Pro on hand. Photo: Ear Pro

And it’s not just surfers who can benefit from Ear Pro, the solution is also made for other water activities like swimming, diving, snorkeling, and more. It’s a great solution for young kids who don’t want to wear ear plugs. Ear infections are very common in children as their smaller and more horizontal ear canals are more likely to trap water and bacteria. Ear Pro sends such water-borne infections packing by preventing water buildup in a safe and effective way, without the need for bulky and annoying earplugs which kids are prone to ditch when their parents aren’t looking.

Whether it’s for yourself, a friend, or your young ones, with summer in full swing and plenty of water time in the near future, there’s no better time to give this safe and effective solution to water-based ear problems a shot.

Get your bottle of Ear Pro on the Ear Pro website, and use code ‘INERTIA20’ for 20 percent off!