Gear We Test: The North Face Has Changed the Game With FUTURELIGHT 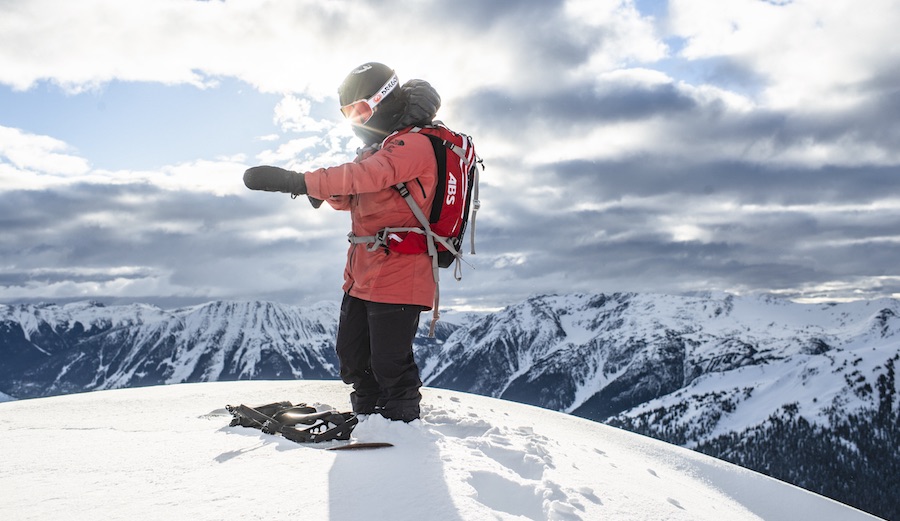 The North Face ambassador Leanne Pelosi puts her gear through the ringer. And we, like her, recently became FUTURELIGHT converts. Photo: The North Face

We demand quite a bit from our snow outerwear if you think about it. It has to keep us dry and warm in the harshest conditions, and be breathable and comfortable when frigid mornings give way to temperate afternoons in the alpine. Which is a bit of a conundrum. That a jacket and pants needs to function appropriately when it’s 40 degrees and sunny, 20 degrees and dumping or zero degrees and frigid. That cuts to the core of why outerwear often comes with a hefty price tag these days.

Until recently, though, despite gear coming as close to doing everything well, riders have been forced to make certain concessions. Ultimate waterproofing in garments has traditionally made them stiff and while inroads have been made in breathability, anyone who’s familiar with being cold on a lift and then stripping off layers halfway down the hill knows things aren’t perfect.

But, back in January, The North Face formally announced an advancement that had been in research and development for nearly three years – a proprietary waterproof material called FUTURELIGHT – claiming it was the next wave in performance waterproof fabric. The details of how the material is made are complicated and include terms like nano-spinning and membranes which we won’t get into here, but if you want to learn more you can check out our interview with The North Face’s global creative director of mountain sports. When the announcement was made, though, we were anxious to get our hands on a few samples to put The North Face’s claims to the test for ourselves. In short: The North Face has flipped the script.

For this test, we had The Inertia Associate Editor Dylan Heyden and The Inertia Social Media Manager Alyssa Eurell kitted in a few pieces from The North Face’s FUTURELIGHT Steep Series, the segment of the FUTURELIGHT line specifically designed for backcountry skiing and snowboard pursuits. Here’s their unadulterated feedback. 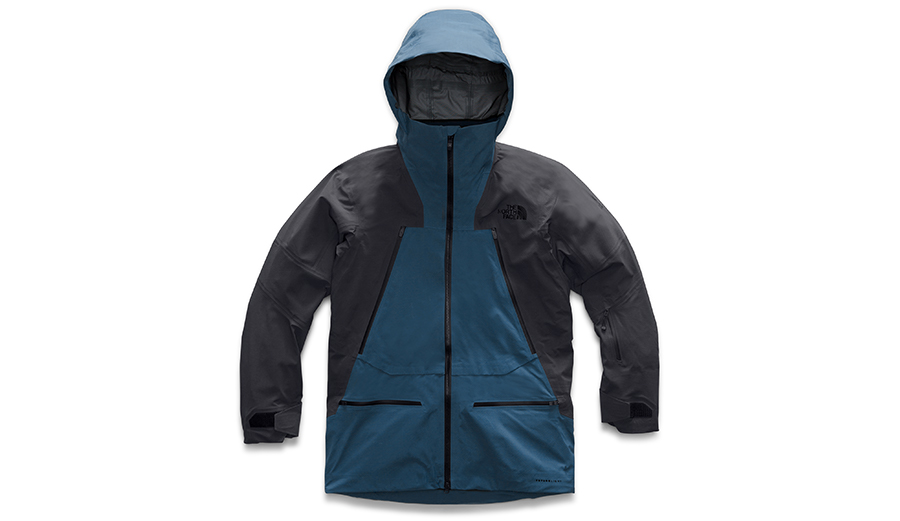 Pros: First, a word on FUTURELIGHT. I tested this jacket on a morning in the Sierra that dipped into the 20s and quickly got up to the high 50s by mid-afternoon. It wasn’t a great day by riding standards, but for an honest test of The North Face’s new tech, especially what they’re calling the most breathable outerwear out there, it was kind of perfect. When other people were stripping down to t-shirts, I was able to ride comfortably in the jacket and a base layer in the morning and through the afternoon with little problem. I’d say that’s a win in the breathability department. The high collar is great for additional face protection, and the hood accommodates a helmet if the weather suddenly turns. At 6’1″, 185 pounds, a large worked great for me if not a tad longer than I expected. This jacket feels like a softshell which is a bit mindblowing. Also, this is one of the more affordable FUTURELIGHT pieces in the line. It may still be an expensive jacket, but to get your hands on the most breathable waterproof tech out there it’s not so so bad.

Cons: None of my cons had anything to do with the functionality of the jacket, just a few notes on pocket orientation. The Purist specifically has chest pass-through pockets designed for accessing inner pockets on your mid-layer without taking the jacket off entirely or unzipping the main zipper. Now, this is a great idea, but for those accustomed to a standard chest pocket on other jackets (like myself), this can be a difficult adjustment. I kept feeling as though I might accidentally slide my phone into one of these and lose it. 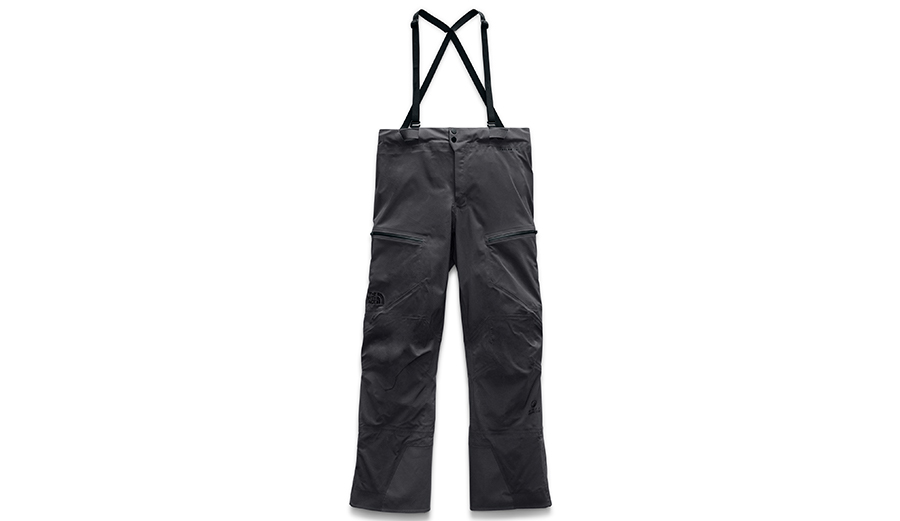 Pros: I was incredibly psyched on the functionality of these pants save for one or two notes on fit which you can read below. In terms of warmth, they’re shells so you’ll want to have an appropriate base layer. But, one of the features I liked best is the side mesh-free vents that extend from the lower thigh virtually to the waist, what The North Face calls its Chimney Venting system. From the lift line to the skin track, the ability to open up the pants to let heat out is huge and beats typical crotch zips that get less flow when skinning. Again, the Freethinker pants are unbelievably dry and are the only non-bibs option in The North Face’s FUTURELIGHT release.

Cons: These pants had a straighter, almost slimmer fit than I expected, which is tricky. Given my size, I would think a large jacket and large pant from the same brand would have a similar style fit. But knowing what I know now, I probably would’ve sized up with these pants. My other dislike here is the Freethinkers don’t have any hip pockets, which is where I normally put my phone, especially when I’m concerned about accidentally putting my phone in a pass-through chest pocket (see above). I was forced to stash mine in a thigh pocket which felt a tad clunky. 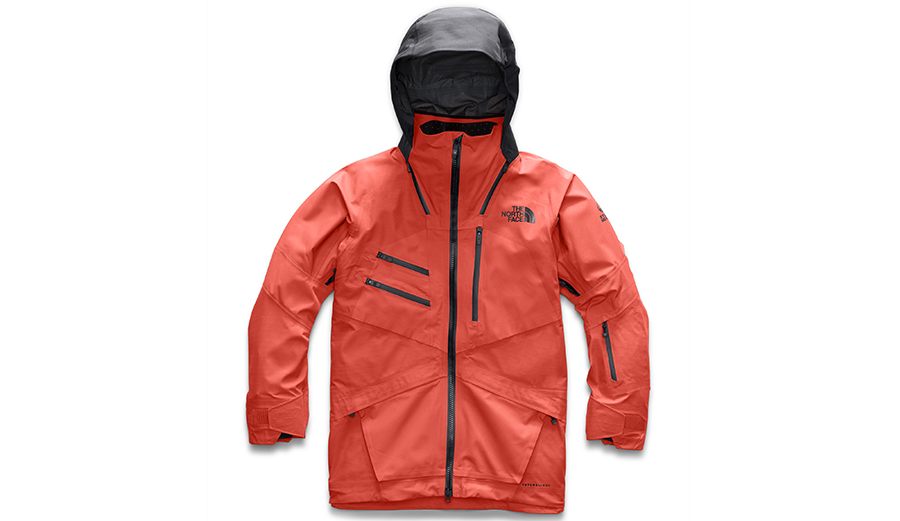 Pros: My first impression with the Brigandine was I loved how light the jacket was. This sounds obvious, being that it’s “FUTURELIGHT,” but this jacket is incredibly lightweight. Between stuffing gear in a suitcase or throwing it in a pack for an uphill pursuit, it can be annoying to lug around a heavy jacket that takes up a ton of space. In addition to being pack-friendly, it’s also really nice to spend the whole day in it. You don’t feel like you shed ten pounds by the time you get back to the lodge and out of your jacket. It honestly takes some getting used to, you feel like you should have more on. In terms of waterproofing, between the FUTURELIGHT membrane and the jacket’s seams, it’s absolutely waterproof. Finally, the neck of the jacket comes up very high, higher than any jacket I’ve worn, almost to your nose when it’s zipped all the way up for extra face protection.

Cons: What the Brigandine makes up for in lightness and waterproofing, it lacks a bit in warmth. Keep in mind, this jacket is just a shell, so you’ll want to still use this as part of your layering system. 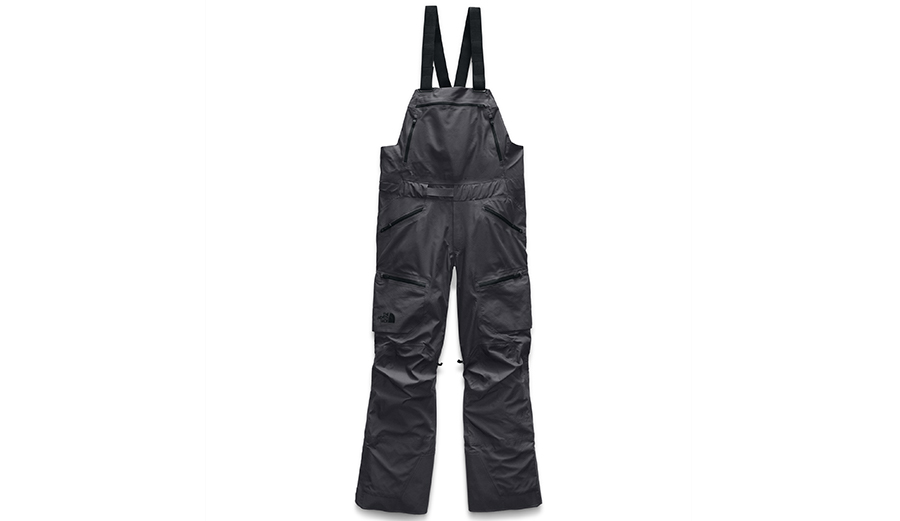 Pros: These bibs have really nice lines to them. My concern with overalls was always that I’d look like I had a potato sack on, but these look awesome on and have made me a bibs convert. Bye-bye snow down your lower back. The Straps are held together and adjusted with velcro, which means there is no annoying adjustment clip digging into your shoulders or back. As far as breathability, these bibs were far and away the most breathable pants I’ve ever worn.

Cons: These bibs come with a hefty price tag – and being the most expensive in The North Face’s FUTURELIGHT Steep Series line, I’d reserve these only for those that are putting at least 60 days on snow each season. If you’re looking at less, there are some other really solid options from The North Face that are easier on the wallet.