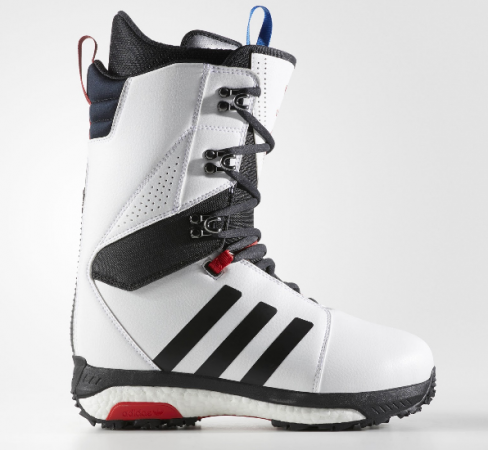 The Tactical ADV sold us on its comfort.

Snowboard boots can be a make or break piece of gear. While actual snowboards and bindings are certainly important elements of the complete kit, the boot is where all the magic happens. Almost every snowboarder on the planet has spent a day riding in uncomfortable boots, cursing the snow gods, and wishing their feet didn’t feel as if they were being stabbed by tiny daggers.

Much like with Nike, there was certainly some contention when Adidas entered the snowboard market. Both industry insiders and avid riders were dubious of another corporate shoe company taking away space from core snowboard brands. While there was some legitimacy in their concern, especially after Nike decided to pull out of snowboarding, there is no doubt that these iconic shoe brands brought a fresh approach to boot technology and manufacturing.

As a longtime snowboarder, I’ve always been beholden to brands started by snowboarders, but I’ve also never enjoyed riding in subpar gear and some of the snowboard boots I’ve tested over the years have felt akin to wearing cardboard boxes on your feet. For anyone that wants to snowboard all day without debilitating foot pain, finding a comfortable and well-performing boot is essential.

Adidas, while not a snowboarding brand per say, is certainly one of the most progressive sporting goods companies on the planet. Adidas brings world-class R&D and technology to the design table, almost assuring that their products will be top shelf. After a few years of assembling one of the best skateboard teams on the planet and producing some of the best skateboard shoes, many waited with anticipation for Adidas’s foray into the snowboard market.

It’s been five years since Adidas launched their first line of snowboard boots, they’ve assembled a fantastic team of riders, invested when Nike divested, and furthermore, they’ve begun to incorporate some of their world-famous technology into their snowboard boots. With this in mind, we set out to test one of the more recent technological upgrades and newest models in the line, the Adidas Tactical ADV. 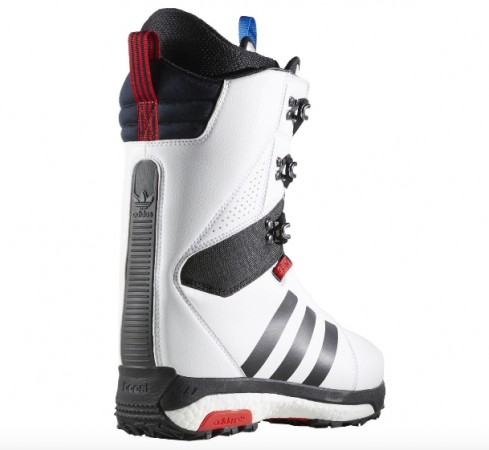 The Adidas Tactical ADV caught my interest for a few reasons, one is that I primarily ride resort powder and sidecountry, but don’t love super stiff boots. I generally enjoy a medium flex boot that allows for enough support while riding lines but isn’t so stiff you can’t tweak grabs. I also like a more surfy feel, and tend to ride a boot-binding combo that allows for the best of both worlds. I tested these boots with the Union Contact Pro binding.

I also tend to gravitate towards boots that have a low profile and streamlined look. I don’t generally like bulky boots or boots with a big toe box. This is a personal choice, but the Tactical ADV is super low profile. It is packed full of features without being bulky.

The Tactical ADV boasts some of Adidas’ most advanced features including a heat moldable Ultralon liner, articulated cuff shell with 3D molded tongue, and the feature I was most excited about Adidas Boost technology. The Boost technology was initially designed for running shoes. Developed out of a high-density foam material it essentially allows for the return of energy that one puts into the soul of their shoe when striking. In terms of snowboarding it, in theory, should allow for a return of energy when pushing down in either the toe or heel when engaging a turn. In the simplest terms, it should help prevent foot fatigue, allowing for longer days on the slopes. 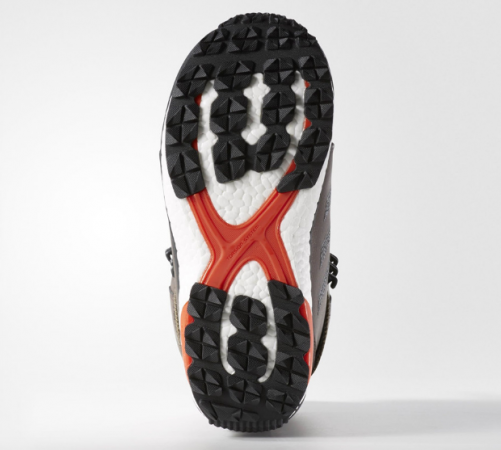 Right out of the box the Tactical ADV felt good. Like most of their skateboard shoes, there was a markable difference between the initial comfort of their boot versus many of their competitors’ offerings. Walking around in them felt a bit stiffer than I had expected, which made me think they might take some time to break in but as soon as I started riding they felt pretty good.

The lacing system was easy to use, as someone that prefers traditional lacing over BOA, it’s nice that Adidas offers the boots in both options. The low-pro design allowed for my snowboard pants to fit snugly over the boot without that awkward bulge that some boxy boots cause. This will be especially nice during spring touring as wearing slim-fitting touring pants will be a breeze in these boots.

While the boots were noticeably comfortable right out of the gates I didn’t feel any real difference while taking my first few park laps, much like other tech advances it didn’t immediately shift my whole perception of snowboard boots. However, after an hour of riding I noticed that my feet weren’t aching at all, and after two hours of riding that included both park laps and carving and buttering around on some groomers my feet still felt good. This is remarkable for any snowboard boots, but for a boot to provide out-of-the-box performance like this was pretty remarkable. This might sound like hyperbole, but considering that the boots will only get more comfortable as the heat moldable liners form to the contours of the foot, these might be the most comfortable boots on the market.

I feel like Adidas footwear has always been better suited for people with narrow feet. I’m in that category, which might be why I didn’t feel many hotspots or overall discomfort. I checked in with a few other riders who own the boots and they all reported that there was a hot spot in the boot’s tongue and that it took awhile for the boots to pack out.

The boots also seems to be geared towards an all-mountain freestyle approach and might be too soft for bigger riders that prefer more technical, big-mountain terrain or spend the majority of their time touring.

A post shared by adidas Snowboarding (@adidassnowboarding) on Nov 8, 2017 at 8:53am PST

If you are looking for a medium flex all-mountain boot that provides all-day comfort while riding your local resort the Tactical ADV is a great choice. The energy saving boost and next level liner will surely leave even the toughest boot critics satisfied. It’s clear that Adidas is dedicated to the continued development of high-performance snowboard boots, which is a win for both fans of the brand and fans of competing brands as Adidas will surely push other manufacturers to step up their game.