Gear We Test: The Patagonia SnowDrifter Bibs and Jacket 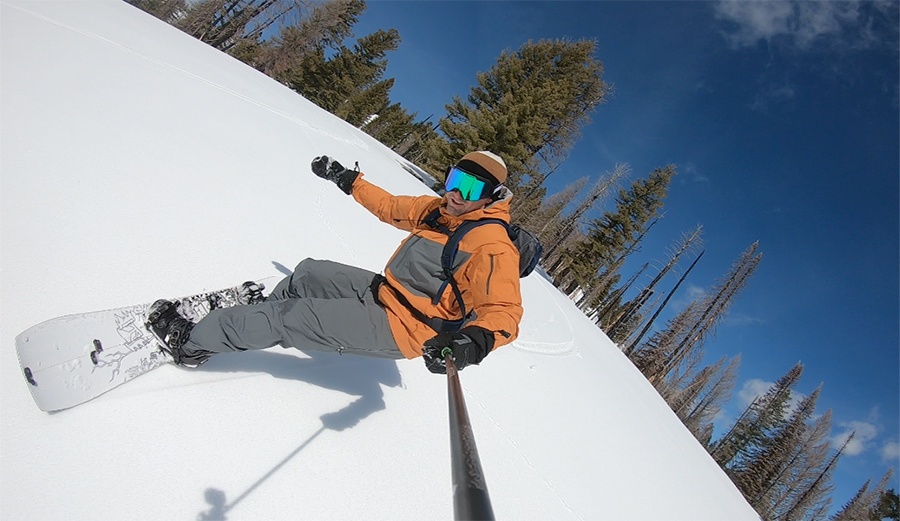 The Patagonia SnowDrifter Jacket and Bibs.

Give ’em a hard time as much as you want, call ’em Patagucci if you will, chide them for their often-expensive price tags, but one thing you can’t disagree on is the quality of Patagonia outerwear. It is, without a doubt, bomber and as easy to use in the backcountry as any gear available on the market today. It’s as simple as that.

For the 2019-2020 season Patagonia released its SnowDrifter Jacket and Bibs. Two pieces of quality equipment that can stand pretty much anything you can chuck at them. I tested the large SnowDrifter Jacket with 3-layer shell fabric. It’s a really toned-down piece of equipment that you’d probably tend to use skinning in the backcountry more than riding a lift just because it’s designed in fairly minimal fashion. It literally weighs nothing, but still repels moisture really well for those stormy (see sloppy) days. Like I said though, if you’re riding lifts where you’re not moving as much, go with a heavier design.

The jacket definitely fits the needs of the splitboarder or backcountry user, though – helmet compatible hood, pow skirt, pit zips to let the heat seep away in the winter wind when you’ve worked up a lather. Again, at a mere 20 ounces, tough to find a better backcountry design. Both the jacket and bibs are made with 70 percent recycled materials.

And the SnowDrifter Bibs round out this symmetrical powder setup. Again, the fabrics are made to take a beating. I took a gnarly fall while traversing a frozen headwall in the bibs last spring, scraping them over an exposed rockband at higher speed than I would have liked (yes, it was scary). While there was definitely some scratching – as is expected – there was no ripping of the fabric, which was really key in my eyes (if you’re going to spend hard-earned cash on gear, you want it to hold up). That fabric is something Patagonia is calling H2NO and it is hardy, for certain.

Bibs are just good in the backcountry: I love the full coverage and protection from the elements whether skinning or riding a snowmobile on an approach. These babies come with boot gaiters, zippered cargo pockets and vents (again, to ease up the lather you’ve baked up) and have a really stretchy feel with a comfy fit that makes them good for the working man or women as well (lifties, I’m looking at you).

While you may have a hard time rationalizing the price tag on Patagonia gear, here’s a parting thought: buy once and you pretty much get a decade of use, especially thanks to the company’s Worn Wear program (and the guarantee on gear) where they’ll fix your stuff. If you can make it happen, the SnowDrifter kit is as solid as you’ll find.