Quality is the key to the FW brand. That and versatility.

Editor’s Note: This feature was created in partnership with FW.

Quality, stylish activewear can be tough to come by.  We use it for so many things from running, to hiking and biking, or even as warmups as we make our way to the mountains. That’s why we were stoked to be part of FW’s release this week when the brand announced its first four-season apparel line: the _source collection.

Three-year-old FW has created a remarkable collection of outerwear in a reasonably short time. The new four-season line is again, super-high in quality, born from the boardsports culture in Lake Annecy, in the French Alps. What does FW stand for, you might ask? That would be Future Wild, a nod to the brand’s forward-thinking mantra, as well as its dedication to exploring and recreating in nature. This new four-seasons line consists of nine new pieces that can be used on the trail, at the beach, in the mountains, or anywhere you decide to be active. 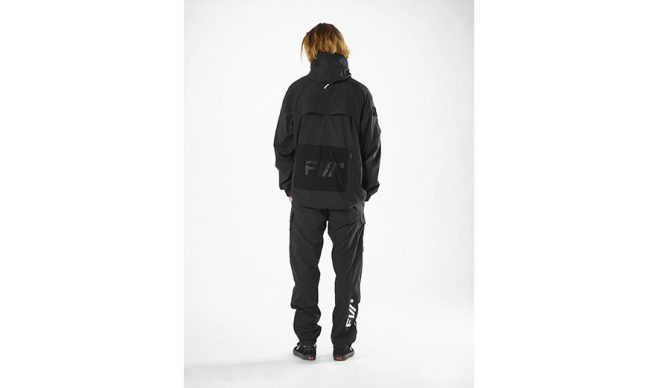 The jacket and pants combo.

The line is anchored by its four-seasons Anorak jacket and pants (above), made from ultra-stretchy nylon that allows for an array of uses, from hiking and mountain biking in cooler temps, or even as a comfy warmup set while traveling to snowy destinations. The garments feature a PFC-free DWR coating to repel water – great for the times when an unexpected storm rolls in. 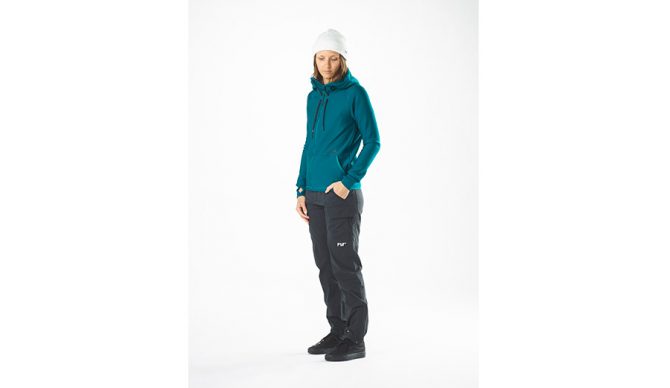 Another fantastic offering from FW is the _source Powerair hoodie for men and women. The men’s comes in both a long and a short-sleeve version while the women’s boasts a full cut (above). The garments are constructed from quality, rugged POLARTEC® Powerair fabric.

From the mountains to the beach, FW delivers tech with a new-school look.

This new material deserves a closer look, as it’s extremely stretchy, breathable and just downright comfortable (we tried it). It makes for a great layer on its own — think pre- or post-surf — or for any kind of outdoor adventure whether climbing, biking, or hiking. The Powerair hoodie can also be used as an underlayer in winter.

Only the good stuff.

It’s one of the most versatile pieces of gear that we’ve come across. The Powerair fabric is crafted of 92 percent recycled material and FW is offering a fantastic repair service so your garments will avoid the scrap heap, even after heavy use.

The designers at FW have gone all out to offer quality, stylish offerings in the new four-seasons _source collection. Which makes it easy to forget that FW also offers an entire line of  heavy duty winter apparel for both snowboarding and skiing, on piste or off. But that is a story for another, colder day.

Find out more about FW here.