How to Test a Splitboard in Three Stages (the G3 Scapegoat) 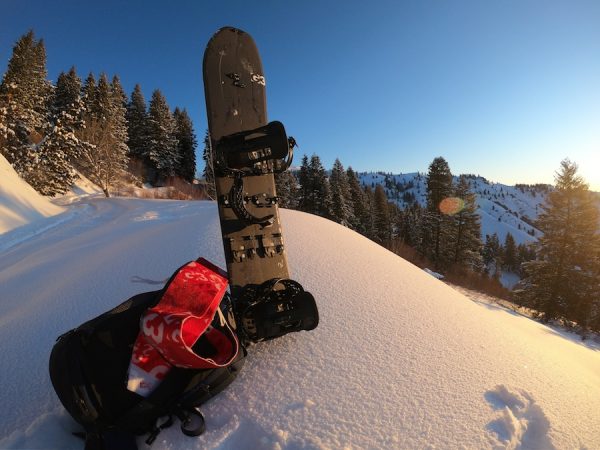 This is the G3 Scapegoat, another in a fine line of backcountry products from the Vancouver, B.C. brand.

Sometimes when I tour, I like to use ski resorts, skinning up a freshly groomed run, no extra snow to trudge through as opposed to when you’re breaking trail. I prefer to climb early in the morning when the birds are asleep and dark still grips the mountain. The swish, swish as splitboard, technically two skis, slides uphill. A rhythm that is meditative in its consistency.

I’ll connect the skis and snowboard off the back of the resort, 500 feet of untouched, light powder (in an ideal world). Weaving through the trees as the dark relents and the sun opens up with that light that fills the branches and the dust-like powder (and your soul) with a sense of warmth. The sun isn’t overpowering. Its rays are perfect that early in the day.

I’ll switch back to ski mode, and walk up a parallel peak, again, riding out a stellar line to an adjacent basin. There’s a bit of skier in my woodpile so I’m able to break the board down into skis again and glide out through the flats to the parking lot. The point? The splitboard is, quite simply, the most diverse backcountry touring tool in the world: poor conditions can be pounded through on a wide, stable board, skins usually always work well (thanks in part to G3), the bindings are super solid, and splitboards can be skied when going cross-country to connect climbs.

It seems the industry agrees. At the recent Outdoor Retailer trade show in Denver, I spoke with an insider – who manufactures accessories – and he said that 80-odd companies are currently making splitboards. Pretty much every brand has a board that breaks in two. Backcountry travel is said to be the fastest-growing aspect of snowsports. I’m not sure if it’s true. I don’t really do it to be with people, I guess.

I do it because it clears my head, and it’s fast, efficient, flowy, and fun. And since there are so many splitboards out there, I wouldn’t mind trying them all if I could. Even though many are using similar components: for bindings, it’s Spark or Karakoram; for nose and tail connectors, it’s a version of the original Voile. And for skins, most companies in the snowboarding market, and skiing for that matter, use G3.

Genuine Guide Gear has been making backcountry skiing equipment, skins included, for 25 years out of Vancouver, British Columbia. In 1995, the brand made its first avalanche probe for professional guides and ski patrol in a garage – things have slid downhill from there. I’d argue many backcountry lovers discovered G3 through the brand’s climbing skins. I’ve owned several pairs.

But after making that first probe, G3 began manufacturing virtually everything to venture into the high country in the winter, like bindings, skis, and interestingly enough, splitboards. I first saw a G3 splitboard in Golden, British Columbia. A photographer was using one to tour outside the resort. The shape intrigued me.

One thing led to another and I got my hands on a Scapegoat, a directional powder board that was so fun to ride. To test boards, I feel like it usually comes in three stages of the backcountry tour. Read on:

One of the worst feelings as you prepare to go into the mountains is arriving at the parking lot to rain. Usually it’s not a full-on downpour (because if it is, you read the forecast wrong and shouldn’t have come in the first place). But it’s often ambiguous anyway, right on the cusp of rideable: a mist, a damp whimper you hope will turn to snow as you climb. But it doesn’t. Sometimes it turns everything into a thick breakable crust. Not necessarily fun to ride. 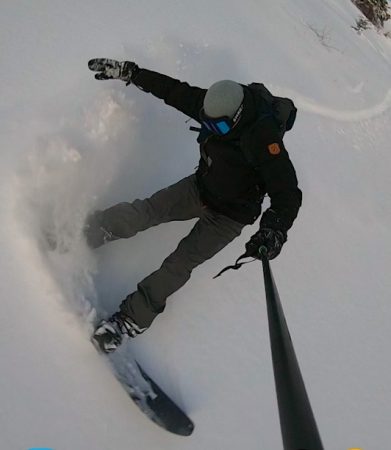 I was out with a skier friend when that happened recently. We reached the summit, hoping the conditions would improve as we climbed. They didn’t. My friend was over it and began the survival ski down to the road in a bit of a huff. There’s one thing about breakable crust: if you break through, there’s often soft snow underneath. This is when I knew I really liked the Scapegoat: the tail and nose combination (camber underfoot, rockered tip) are so floaty and easy to control. the ‘Goat easily broke through that crust and as I stayed on the fat-ish tail, I was actually able to have a good run out while my buddy complained about the conditions (they weren’t good). I used the 162 cm (it comes in three sizes) and the thing did everything for me. G3 nailed this design.

I especially loved the control. That user-friendly tail design (G3 says it sinks the tail with 25 mm of taper) was such a security blanket. A week or so later I was stomping out a platform to attach the board to my feet at the entrance of one of my favorite local chutes. The entrance is tricky with a speedy side slip into a mandatory left-hand turn (I’m a regular foot). I knew the conditions were good but I wasn’t positive if the wind might’ve gotten to it at that point. Once strapped in, I let the board slide and it picked up momentum – the first turn was one of my best of the season as I laid into that tail, spraying soft snow up against the rock wall to my right (a hero in my own mind, obviously). The ego line continued as I surfed out the bottom of the couloir in blower conditions. The Scapegoat is truly a genius powder shape, capable of riding well in all snow conditions.

Another redeeming quality of the Scapegoat? The thing is super lightweight. The ‘Goat has a Poplar Paulownia wood core and full carbon construction making it super svelte for the climb. I use the Spark binding system and the whole setup was as solid as it gets. This is a board capable of tackling any massive approach. If you’re going to be in ski mode for long periods of time you want everything to be light and the ‘Goat certainly checks that box.

Steel edges all around make the Scapegoat fairly beefy and reliable in ski mode as well. I actually skied the setup several times on both broken trail and actual hardpack when I didn’t want to transition back to snowboard for short cross-country-like descents. Thanks to that fat outline, the thing actually skis pretty well, too. From a touring standpoint, you won’t find a better setup in terms of being lightweight, but still super hardy.

Can you get fast enough to keep up with skiers in the backcountry? Or do you need to? Regardless, that’s still the gold standard in speed through the transitions – changing from climbing mode, when you have two skis on your feet, to snowboard mode where you’re set to shred. The Scapegoat is easy in that sense. Again, the skins made by G3 are super-high quality and developed specifically for splitboarding. They’re trusted enough around the industry that brands like Burton and Backcountry.com have licensed G3 skins to sell in their own packages. 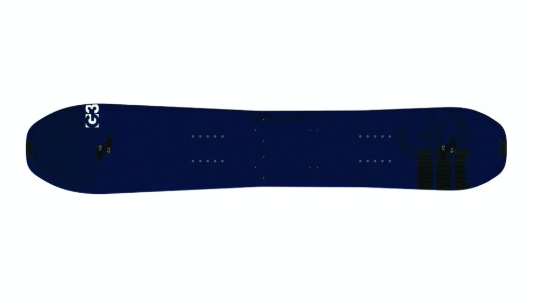 Here’s my one concern. After hours using these skins, I prefer the standard G3 tail clip with two metal pieces that isn’t folded over the top of the tail of the board. Like this one. It’s simply attached by stretching the rubber. The clip (like this) is folded over the top of the tail to secure the skin. It creates tension and holds the skin in place well but the user must be experienced enough to realize that the rubber needs to be folded under the metal clip. Otherwise, it can delaminate your board. Now, a little caveat, I used a demo board that looked like it’d been passed around like a bong so there had been countless users putting the skins on this particular board, with varying degrees of experience, probably breaking down the cap and ripping it off altogether. I’m a board snob and like to keep my gear in flawless condition, so I would order the tail with the two metal clips instead.

Overall though, the Scapegoat is one killer piece of equipment – a high-functioning backcountry tool suitable for anyone that prefers standing sideways in search of wild snow. And at just under $600, it’s an affordable package (G3 is having a sale as we speak) and definitely worthy of your hard-earned cash if you’re trying to get into backcountry riding or looking for a surfy powder board.