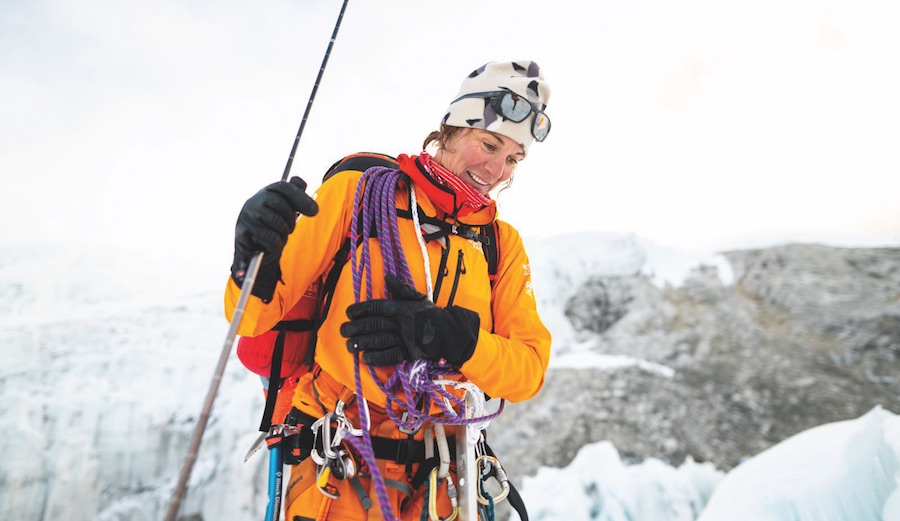 After three years of development, The North Face’s new FUTURELIGHT line has finally arrived and if the claims the company is making are true, it’s an absolute game-changer.

The hype around FUTURELIGHT has been stoked ever since The North Face debuted the technology at the 2019 Consumer Electronics Show in Las Vegas back in January. It was a curious place for an outdoor brand to launch a new product to be sure – jackets and pants built to stay dry in the harshest conditions Himalayan peaks can dish up aren’t electronics after all. But when I spoke to Jason Israel, Global Creative Director of Mountain Sports at The North Face, earlier this year, he explained that the ethos of the show – to unveil the latest and greatest in technology – was a perfect fit for what the outdoor apparel giant had achieved.

“As the global stage of innovation, the show presented the ideal environment to unveil FUTURELIGHT to the world,” he said back then.

Some nine months later, The North Face has officially launched a range of FUTURELIGHT products in three different lines: its Summit Series, its Steep Series, and its Flight series.

According to The North Face, the pioneering waterproof membrane they’re calling FUTURELIGHT is the result of “nano-spinning.” The process sounds like it has roots in science fiction, but effectively what it means is product designers can create nano-level holes that allow the fabric to breathe while still keeping water out. Designers can also make tiny adjustments to reduce weight, create stretch, add breathability, and create added durability depending on the end user’s needs. Practically, that means eliminating the crunchy, muggy, stiffness synonymous with most waterproof fabrics.

“For far too long, we have been forced to adapt to our clothing and environment,” said Scott Mellin, Global General Manager of Mountain Sports at The North Face, in a press release. “The introduction of this fabric is a pivotal moment for our brand, for the future of the apparel industry, and for consumers who will no longer need to sacrifice comfort or air permeability for waterproof protection.”

According to The North Face, the winter 2019 line is only the first application of the FUTURELIGHT technology.

“We are starting with jackets and outdoor apparel, but we won’t stop there,” said Mellin. “FUTURELIGHT can theoretically make anything breathable, waterproof and for the first time – comfortable. This technology is paving the way for the future of technical fabrics and provides endless possibilities across The North Face product categories.”