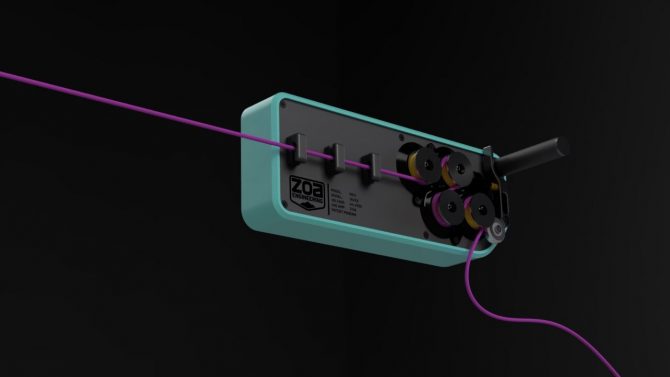 Ever wanted more than two laps in the backcountry?

Winches, bungees, and other ways to generate your own momentum have not been foreign to sliding sports — Blair Conklin and Jamie O’Brien have used them to great effect in the water, as have urban skiers and snowboarders. Red Bull even has a whole video series (“Winch Sessions”) dedicated to action sports involving winches. However, up until now, winches have been bulky affairs, more suitable to an area you can drive your car up to and maybe shlep the bulky device a couple hundred feet or so before setting it up.

A new device, the Zoa, promises to bring such mechanical momentum-generation to backcountry skiing. Small enough to fit in a backpack, the Zoa PL1 gives a backcountry skier or rider the ability to set up their own portable rope tow just about anywhere. This has always been the trade off of backcountry skiing. Either endure the crowded ski resorts, sacrificing untouched powder and the tranquility of a personal connection with nature, or get at most two to three laps over the course of a day (those who absolutely hammer might get more). Instead of having to make such a decision, the Zoa lets you “bring the lift with you,” wherever you go. 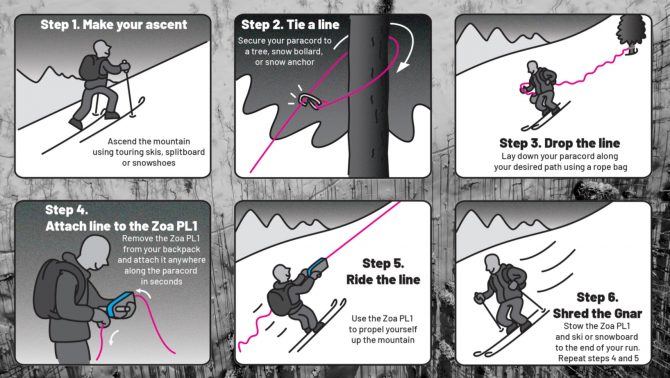 Fear not, dedicated backcountry purist! You still have to ‘earn your turns’, the Zoa just gives you more turns for your effort. Photo: Zoa

The rechargeable device provides about 2,600 feet of vertical on a single charge. For reference, a big mountain resort like Mammoth in California has 3,100 feet of vertical from top to bottom and Breckenridge in Colorado has 3,400. Weighing in at nine pounds, it might be a tough sell for someone counting how many ounces their boots and bindings weigh, but to put things in perspective, a couple cans of beer to share with your backcountry buddy at the top of the run weighs about two pounds. Just make your buddy carry the beers if you’re carrying the Zoa. 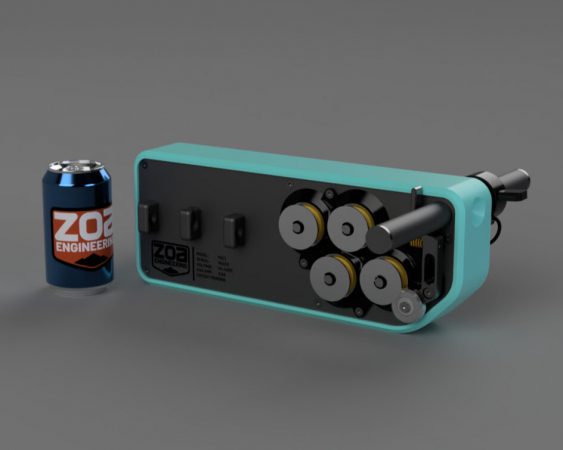 Beer can for reference. Photo: Zoa