Here’s Why All Snowboarders Need Ski Poles In the Backcountry 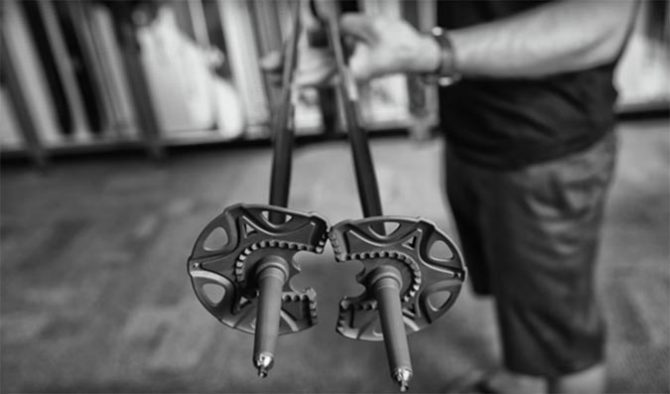 It’s actually pretty obvious why snowboarders need ski poles in the backcountry. Because splitboarding finds its immediate lineage in ski touring. And people who have traveled uphill using skins and skis for years know that it’s physical suicide to try and traverse up a mountain without poles to stabilize and use as leverage. You’ll give yourself a freakin’ hernia.

So seeing how splitboarding is really just ski touring in comfortable boots, take it a step further and collapsable poles are absolutely essential when riding a board in the backcountry. Either strapped tightly to a backpack or folded down small enough to fit inside during the descent.

But adjustable poles have been plagued by engineering goofs over the years. The old quick release clip allowing the pole to fold up inside itself was reliable if you got a lucky pair and it didn’t a) freeze, or b) break off altogether after the weathering of a few good winters. 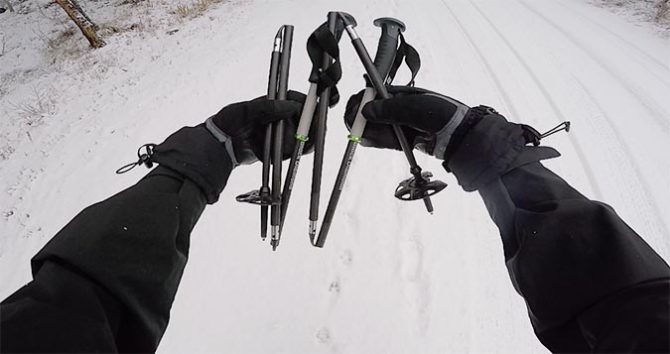 So easy to make disappear into the pack. Photo: JC

Then there was the cluster of the adjustable pole controlled by the internal twisting and tightening mechanism–of course that always froze up and/or rusted, and the pole became an expensive and permanent stand for the faulty rear window of a truck cab.

That’s why I think it’s just better to go with a sized poll (non-adjustable in height) that can be folded and thrown in a pack. There’s just less to break down. And that’s why I like Black Diamond’s Carbon Compactor, which comes in five sizes and runs about $170. This isn’t a new pole. It’s been out since 2013. But damn if it isn’t lightweight (it is carbon fiber, after all, leaving the polls at just over a pound), and smartly compactable so there’s no thinking about them when thrown in the backpack for the descent. They’ve been proven through time.

The polls are foldable thanks to BD’s nifty “Z Pole tech” where one simply unlocks the poll near the handle, releasing a rubbery wire (a “Speed Cone”) that inhabit’s the poll’s joints, allowing them to fold.

Know this: winter’s tough on touring polls and these aren’t exactly inexpensive (not many of them are). But in the world of walking uphill, they’re all splitboarders really need.