4 Emerging Health Trends to Consider in 2019 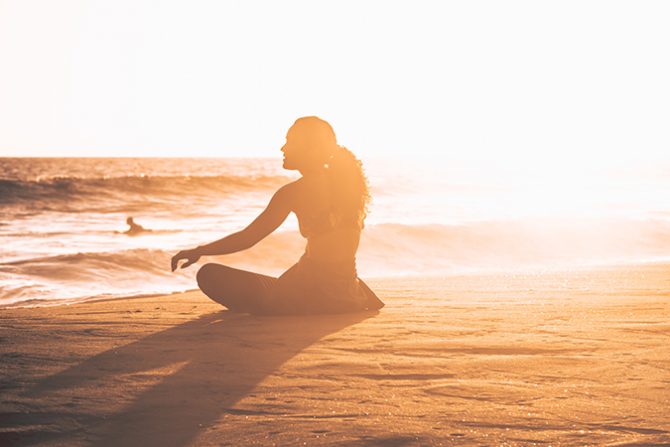 One constant in the world of health and wellness: it’s guaranteed to change. Photo: Ash Edmonds

Editor’s Note: This feature is part of  The Inertia‘s Health and Wellness Spotlight, an initiative that explores emerging trends in nutrition, diet, and fitness in surf and outdoor culture. We’ll be releasing a feature each day this week with your health in mind, so check back here daily. Unequivocally, excellent health enables more time to fully enjoy the ocean and outdoors. This initiative is powered by our friends at Vivobarefoot.

As someone who feels about as comfortable in the gym as a teenager at a junior high dance, I may seem an odd pick to write about health. Plus, I sometimes find myself annoyed with how fast it all changes. The trends never end. My cross-fit can’t keep up with your Barre routine in terms of calories burnt—not to mention my teeth are still chattering from the ice plunge. Forgive me if I sound jaded. Haven’t we been here before?

But hold up. Give me a second to explain myself. Admitting the above doesn’t mean I don’t take at least a passing interest in what’s going on in the health world. Yeah, I mostly just like to get out and play in the ocean or mountains for exercise. But I’ll lift a weight here and there and follow it up with an awkwardly-performed sun salutation. While I cop to a healthy cynicism of the health world (all those changing trends sometimes feel suspiciously like ponzi schemes), I want to keep playing outside for years so evaluating new ideas is important. And thanks to a life-long battle with eczema, I’ve tried nearly every diet in existence. So given that (and the fact I’m married to a yogi), I at least have a base with which to write about new trends. They’re out there in spades, waiting for you to try. And as with many things in our lives, some will stick, giving us useful tools to live a healthy life, while others will fade away like a one-hit wonder dance tune. With that in mind, here are four health trends you might hear more about this year. 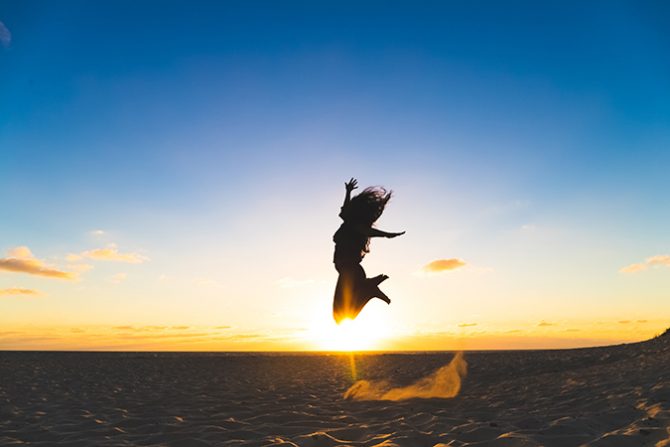 When the mind, body, and soul are working as one, it can make you feel like this. Photo: Amarnath Tade

Maybe this is too optimistic, but it seems humans, at least in the wellness world, are more concerned with the health of mind, body and soul, than ever before. And that is the basis for the Ayurveda practice. Born in India some 3,000 years ago, Ayurveda is the belief that we humanoids are made of five elements found in the universe: space, air, fire, water, and earth, which create three life forces in the body: Vata (space and air), Pita (fire and water) and Kapha (water and earth). Each individual is made up of a different mix of these elements, which can also change as we age. If that sounds too hippy-dippy for you, stick with me. Knowing which of these elements dominates your body makes it easier to understand which foods you should be eating to get the most from that carcass of yours. There’s plenty to go into here but one important idea is that Ayurvedic eating practices are being integrated into the “gut health” movement. “Ayurveda is going through a renaissance right now because people are becoming increasingly aware of the mind-body connection,” Sahara Rose, author of the Ayurvedic cookbook Eat Feel Fresh told the website, Mindbodygreen.  “People are observing that a diet, meditation, exercise routine or self-care practice that one friend swears by may totally not work for them, and that even foods and practices that worked for you last season may not work for you today. We are becoming more in tune that we are ever-changing entities, and this is the premise of Ayurveda.”

For years now, it’s been sound science that in order to gain maximum health, avoid diabetes, and just live longer, we’re better off bypassing sugars–and not just candy. Think white flours, rice, and carbohydrates, as those sugars become fat, too. And to avoid consuming food later in the evening or at night. So starting there, many people are using intermittent fasting to help with digestion, allowing the body to use its natural processes for easier digestion and to lower insulin levels, which helps lose fat and even improves blood pressure. Fasting is an old practice, and there are lots of ways to do it. Consider this human study at the University of Alabama: using a group of men with pre-diabetes, the study split the men into two groups, one ate meals in an eight hour period between 7 a.m. and 3 p.m., the second spread out meals over 12 hours between 7 a.m. and 7 p.m. After five weeks, both groups apparently maintained similar weights but the eight-hour group saw dramatically reduced insulin levels, improved insulin sensitivity and lowered blood pressure. In short, the eight-hour group’s metabolism had improved much more. The takeaway? Intermittent fasting might work for you, it might not (it can be hard), and there are plenty of ways to do it. But a good practice, in general, is to try not to eat after 6:30 p.m. so your digestive system can do its thing naturally overnight. Which, if you think about it, is a form of intermittent fasting in itself. 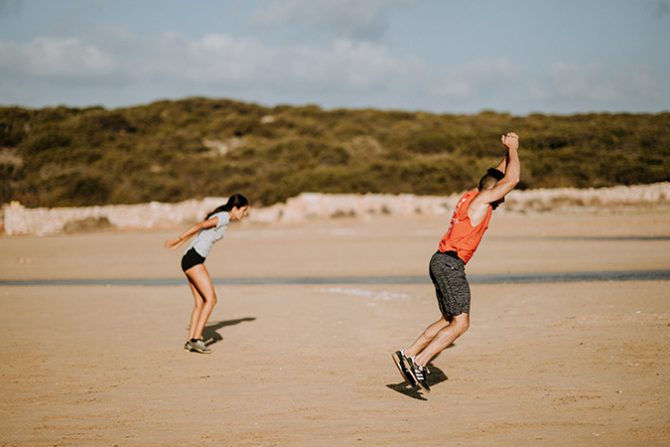 Tabata Training can be done quickly for those in a time crunch. Photo: Annie Spratt

Alright, this one’s for those of you who love high-intensity workouts. Tabata training is named for the Japanese doctor who created it in 1996, Dr. Izumi Tabata with the National Institute of Fitness and Sports in Tokyo. Tabata is a “high-intensity interval training” workout that includes exercises lasting up to four minutes. The Japanese doctor used research to back up his theory on exercise. He pitted two groups, the first group worked out at a moderate intensity level, five times a week for six weeks. The second at a high-intensity level for four days a week for six weeks. The results were that the second group saw greater gains in both aerobic and anaerobic health while the first group saw an increase in aerobic health but little increase in anaerobic. The basis for the training system goes like this: workout hard for 20 seconds, rest for 10, complete eight rounds of a given exercise at four minutes total with one minute of rest after. Most of the routines center around any given four exercises to complete a workout (add more if you’re a beast). So working out in those 20-second intervals with 10 seconds of rest, one might do pushups for four minutes, body weight squats for four, burpees, and mountain climbers. To me, this routine screams travel exercises or to use if you’re short on time. Or, if one just wants to add intensity to workouts. 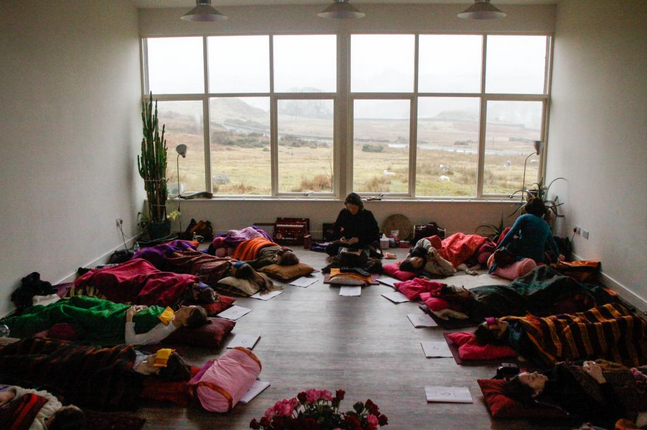 Despite its increase in popularity over the last decade and a half, yoga is still a foreign concept to many of us. I feel like that mostly has to do with the fact we actually have to slow down to practice it in this crazy world that has us running, flying, and driving at a frenzied pace just to make a living. A lot of people just don’t feel comfortable with what’s in their own head (myself included). But if you are practicing yoga, you may want to look more into yoga nidra if you haven’t already—a “deep state of conscious rest,” that’s starting to go mainstream at yoga studios near you. Basically, it’s rooted in meditation and comprises the state between being awake and actually sleeping. In short, a process of going to sleep. Dr. Richard Miller wrote the book on the subject, Yoga Nidra: A Meditative Practice for Deep Relaxation and Healing. The basis for his study is that there’s little difference between a dream state and reality because they are interconnected. Letting go of our stress, our flight-or-fight mentality, creates better, more restful sleep which is one of the most important aspects of a healthy body and mind. Those who use it say they find several benefits including increased awareness, stress relief, reversing or changing habits we abhor, and eventually, being able to focus in on our true purpose in life. Practitioners will go to classes to participate in meditations, while others will use recorded meditations lead by experts on easily available aps before bed. The concept is still just outside the mainstream, but as wellness continues to become a lifestyle, you’re sure to hear more about it.

Editor’s Note: This feature is part of  The Inertia‘s Health and Wellness Spotlight, an initiative that explores emerging trends in nutrition, diet, and fitness in surf and outdoor culture powered by our friends at Vivobarefoot.

We’ll be releasing a feature each day this week with your health in mind, so check back here daily.