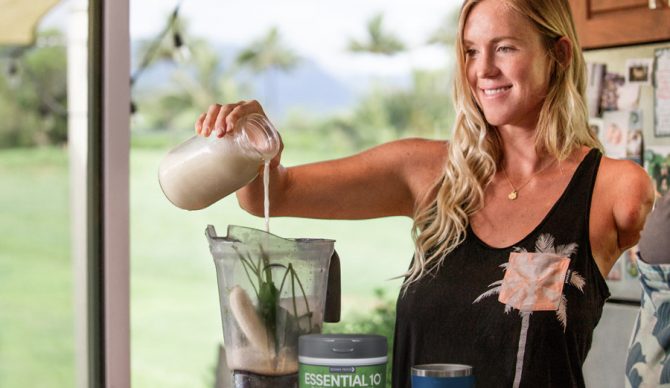 Editor’s Note: This feature was done in partnership with our friends at Designer Protein.

There may be no athlete on the planet more inspiring and driven than Bethany Hamilton. You can support that statement with the obvious. She lost her left arm as an up-and-coming surfer in Hawaii when she was attacked by a shark — as a teenager no less — and still continued on as one of the sport’s most talented female athletes.

Just last year, Bethany was invited to the Outerknown Fiji Women’s Pro as a wildcard and she proceeded to mow down a laundry list of World Tour competitors at Solid Cloudbreak. And with the release of her latest film, Unstoppable, where she was raw and vulnerable in telling her story, she’s become a become a bonafide figure for what can be done in the face of adversity. But that’s just scratching the surface. Seeing a woman like Bethany Hamilton thrive as a competitive surfer, a mother, a big wave surfer, a philanthropist, and more, is just as valuable as her sharing how.

“I’m passionate about encouraging people in their health journey and I’m excited to come together with Designer Protein,” she says. “I usually have a protein smoothie to start out my day or I’ll shake one up after a workout. I love the life I’m able to live and the people I share it with.”

And guess how she typically starts her day? Yup. With a protein smoothie.

“My typical morning shake consists of a protein, like Designer Protein’s Essential 10 Performance Vanilla Plant Based Protein and Recovery Supplement, with Unsweetened Almond Milk, a half Banana or handful of Blueberries (or any fruit I have around!), and two big handfuls of Spinach,” says Hamilton. “Often I’ll add Ground Flax Seeds and a healthy fat like MCT Coconut Oil, Coconut Cream or Flax Oil for extra health benefits. I’ll also add Collagen Powder and Sunflower Lecithin for their health benefits.”

Designer Protein makes a range of whey-based, plant-based, egg-based, and protein blends, and offers a range of recipes and a blog focused on educating consumers on fitness and nutrition. 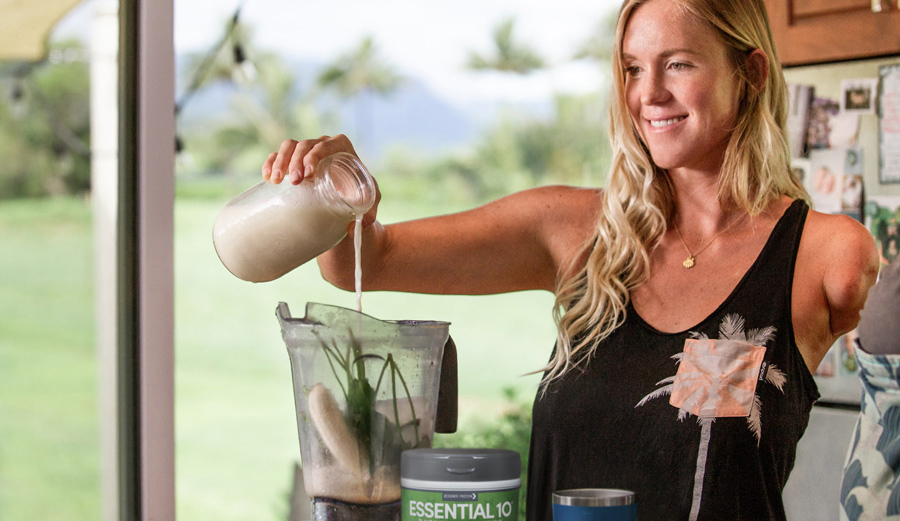