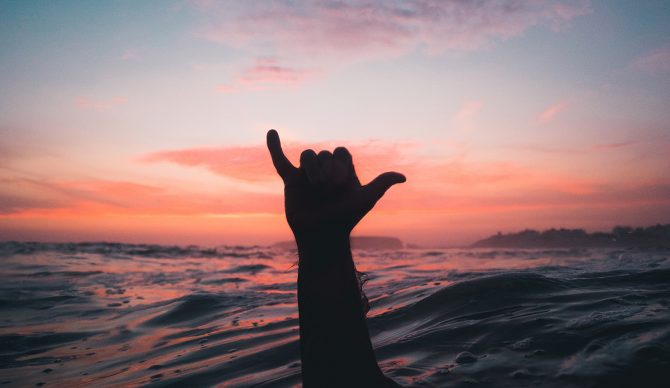 This probably isn’t the first time you’ve been told or heard that living near the ocean can be good for your overall mental health, but leaving it at “it’s good for you” is still pretty vague. According to a new study published in Health & Place, an adult living within half a mile of the ocean is 22 percent less likely to show signs of a mental health disorder than an adult living 30 miles away from it.

The study surveyed 26,000 adults in the UK as research for BlueHealth, a European organization that uses research like this to articulate and understand the connection between one’s environment and their overall well being. With a focus on what they call “Blue Spaces,” they use the findings to influence policy change in the form of infrastructure and access to coastal places for more people.

The same study also controlled for low-income households, finding that people living under those conditions were as much as 40 percent less likely to show signs of a mental health disorder when living near the ocean. Dr. Jo Garrett, the lead researcher of the study, uses that point to refer to coastal areas as “protective zones” for people living under the stresses that can come along with low-income, another factor that’s been studied at length for its possible impact on mental health. For example, one 2011 study published in JAMA didn’t quantify the impact like this recent Exeter study did, but researchers reported participants with a household income of less than $20,000 per year or experiencing a decrease in income over a three-year period were at higher risks of “incident mood, anxiety, or substance use disorders,” and even suicide when compared to households making $70,000 and above.

Bringing it all back to Dr. Jo Garrett’s research and proximity to the ocean, Garrett simply suggests the ocean levels the happiness playing field for people living with and making do with less. Living under the stresses of low income increases mental health risks, but this study saw that those risks are tempered when people of a similar socioeconomic standing live as close as half a mile from the ocean.

“This is a greater reduction in comparison to being in a relationship,” the study says. “This suggests that access to the natural environment may, at least partly, offset the adverse health and well-being outcomes associated with low incomes.”