Reduce Your Stress: 4 Foods to Calm You Down 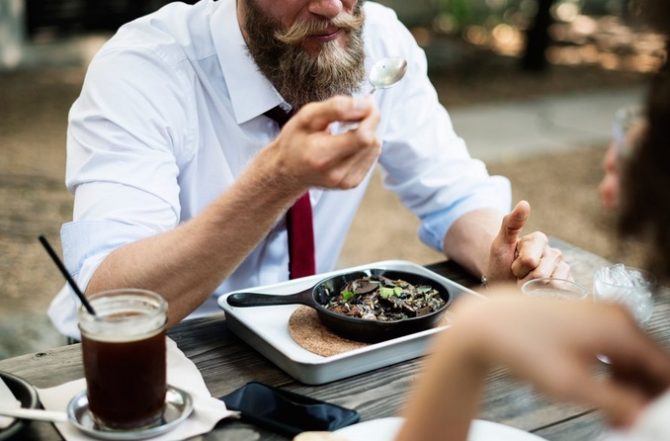 We spend plenty of time eating (and drinking) things that pump us up. These are calming alternatives. Photo: Unsplash

So much of what we do is designed to rev us up – from a warmup before a workout to excitatory substances we ingest to get us going such as sugar and caffeine. Then there are those who take supplements that claim to boost things like nitrous oxide and otherwise elevate our physical and mental state (remember the whole ephedrine thing, before we realized it was killing people?). With some drive-throughs now open 24 hours and the convenience of Keurig and other home coffee machines, we can get all hopped up on Joe morning, noon and night.

But few of us are doing much to bring ourselves back down again. Here are four foods/drinks to help you do just that:

Practitioners of Aruyvedic healing have recognized the potency of ashwagandha for hundreds if not thousands of years. Yet outside of Nepal, Tibet, India, China and Japan, it’s largely an unknown quantity. What’s all the fuss about? Well, this earthy-tasting herb has been shown to restore hormonal function and mitigate the effects of chronic stress, for starters. Part of a class of plants known as adaptogenics, ashwagandha helps bring the body back into balance, particularly when you’ve been burning the ol’ midnight oil too much and need to rest. Try swirling a teaspoonful of ashwagandha powder into a mug of steaming herbal tea in the evening.

When we’re stressed out, our body starts cannibalizing magnesium like a hungry Pac-Man. This can become a big problem, as the mighty mineral is involved in regulating mood, brain function and more than 300 other bodily processes. While you can take magnesium as a standalone supplement or with zinc and vitamin B6 in the rest-promoting supplement ZMA, it’s best to get it from a natural source if possible. Enter the humble yet powerful pumpkin seed, which packs a magnesium punch and is also a good source of heart-healthy fats and other minerals like manganese. The only downside with pumpkin seeds is the bland taste, so try combining with other toppings in a bowl of oatmeal (more on that in a moment) or buying a salty or spicy variety.

We still seem to be stuck in an anti-grain food fad, but many athletes keep oats as a go-to snack. Yes, there’s the filling dietary fiber and the slow-digesting complex carbs to maintain energy levels – particularly if you add coconut, chia, and the afore-mentioned pumpkin seeds. But beyond that, oats also have a calming effect thanks to them prompting the release of the chill-out neurotransmitter serotonin. In addition, oats contain gramine, an alkaloid that has mild sedative qualities. So ignore the no-carbs naysayers and fire up a bowl of oatmeal tonight.

OK, I’m guessing that I might not need to give you another reason to load up on guac. But here’s something you might not know: avocados can actually have a calming effect. How? Because they’re a rich source of B vitamins, which are needed to regulate emotions and mood. When we get deficient in them, we can become tired, irritable and feel chronically tired. We also need plenty of fat to regulate the mood-governing centers in the brain. So give the low-fat Frankenfood avocadoes a wide berth, go grab a couple of the real kind and go to town.