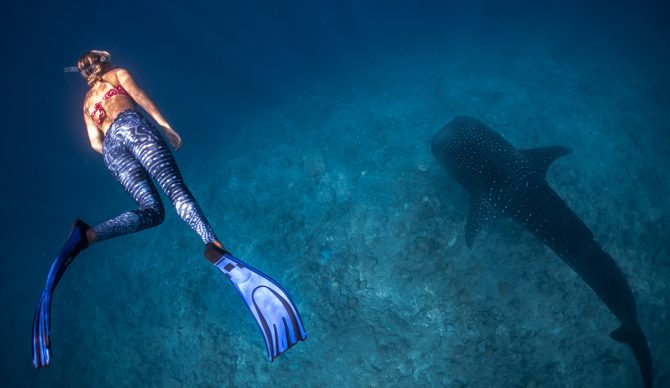 Freedive training is a staple in the big wave community, which is partially why we’ve seen its popularity grow recently. But if you ask a guy like Spencer Ash, it can literally be just as life-saving for the average surfer as well.

Ash, a waterman himself, works in Florida as a user experience designer for a healthcare company providing clinical services to at-risk seniors. While he says his job typically has him working with physicians and nurses primarily, recently he’s been working with R&D projects that interact directly with patients using voice interfaces — like Amazon’s Alexa — to accommodate their potential health challenges with mobile devices. Through this, he began buffing up his skills with Alexa. Meanwhile, as a freediver, Spencer has regularly used Apnea tables while out of the water as part of his training. And this is where his ingenuity took over: “I realized that there was an opportunity to develop a voice user interface that allowed freedivers to train as though they had a coach guiding them through their exercises – without the need to touch a device or make any selections,” he says.

Voila, the Freedive Training app was born as the world’s first AI breath hold coach for watermen with an AI coach named Shell. Shell, he says, can tell users when to breathe and when to hold their breath, all while providing encouragement and positive feedback.

“The toughest thing in pulling this all together was designing the interaction flows between the user and the skill, which required a lot of testing to get it right,” he explains. “For this, I conducted a lot of user tests with the initial prototypes where I pretty much asked my freediving friends to try it out and made changes based on their feedback.”

Should Shell and the Freedive Training app gain some popularity and use on Amazon’s Echo, Ash says he’ll look to launch other versions of the program on other voice platforms.

You can find the Freedive Training App online here.