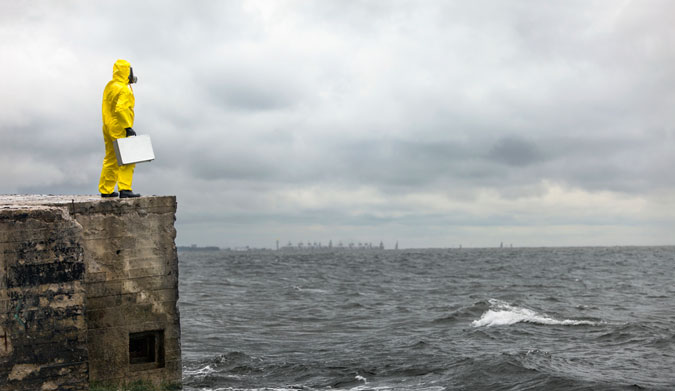 Health impacts from water borne pollution can include eye, ear and throat infections. It can also cause more serious inflictions such as gastro enteritis, E. Coli and hepatitis. Photo: Shutterstock

Surfers Against Sewage has launched Safer Seas Service, the first and only app to inform beach goers in real time when untreated human sewage and storm water is being discharged at 315 of the UK’s most popular beaches. The free app will alert beach goers when water quality is low, allowing users to make informed decisions about how, when and where they use the ocean.

The Safer Seas Service app is an enhancement of the Sewage Alert Service, which SAS launched last year. This updated version will not only warn beach users about untreated sewage spills, but also incorporate new daily predictions on the impacts of diffuse pollution. Surfers Against Sewage wants people to visit and enjoy all of the beaches that the UK has to offer, but also avoid contracting some of the serious illnesses associated with pollution.

Over recent years, SAS has become increasingly concerned at the rising number of sewage spills in the UK, especially during the summer months. With the falling numbers of beaches achieving the best water quality standards, the Safer Seas Service is a vital new tool for the public. Untreated sewage and wastewater frequently discharges from sewer overflow right around the UK, noticeably reducing the water quality. Diffuse pollution can also affect water quality, which is the term given to pollution from multiple, often unidentified sources. It can include anything from road, urban and agricultural run off to leakage from septic tanks. The app is available to download for free at www.sas.org.uk.

Health impacts from water borne pollution can include eye, ear and throat infections. It can also cause more serious inflictions such as gastro enteritis, E. Coli and hepatitis.

SAS has been aiming to protect the UK’s ocean, beaches and waves for many years. Their projects target social environmental issues including marine litter, sewage pollution, climate change, toxic chemicals, shipping, industry and coastal development. SAS has been working hard to raise public awareness of these natural resources. The Safer Seas Service is available as an App, SMS service or web-based map, issuing pollution warnings for 315 popular UK beaches.