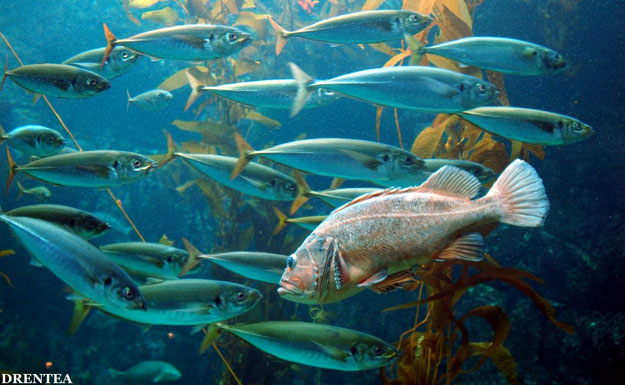 Have you ever wondered about the dangers of eating too much fish? Many have heard about mercury poisoning, but do we really understand the danger involved with too much fish consumption? IMAX CEO Richard Gelfond recently told CBS news that he was diagnosed with mercury poisoning. Interestingly, his neurologist found that his twice a day consumption of fish was a contributing factor. What he didn’t know was that some kinds of fish—particularly the tuna and swordfish he favored –  are high in mercury. A blood test revealed that his mercury level was 76 micrograms per liter (mcg/L), 13 times the EPA’s recommended maximum of 5.8 mcg/L.

I quickly thought of the many friends, family, surfers, photographers, fisherman and others in the surf industry that travel to countries across the world where fish is pre-dominantly the main source of protein. As schools of fish migrate from ocean to ocean, mercury in fish affects all humans that eat seafood globally. What resources can we utilize as consumers to understand how much fish is too much to eat and which fish are safe and which have the highest amount of mercury?

Dr. Heidi Dewar, a scientist at the Southwest Fisheries Science Center in San Diego and its parent company the National Oceanic and Atmospheric Administration (NOAA) says, “The U.S. Food & Drug Administration (FDA) mercury consumption guidelines are directed specifically at young children, women who are pregnant, and women planning to have children, but the FDA guidelines do not include adults.” California Department of Public Health (CDPH) Research Scientist Dr. Alyce Ujihara says, “High methyl mercury exposure to a pregnant woman can affect her baby’s brain and nervous system. Even in adults, mercury health effects can affect other parts of the body, such as the liver, kidneys, brain and heart.”

The FDA website recommends avoiding the fish highest in mercury: swordfish, shark, and tilefish from the Gulf of Mexico and king mackerel. However, fish with shorter life spans, such as pink salmon and anchovies, are low in mercury. The categories on the US Food and Drug Administration’s list are determined according to the following mercury levels in the flesh of tested fish.

A recent report from the Biodiversity Research Institute in Maine found that 84 percent of fish have unsafe levels of mercury.  Amazingly, Linda Greer of the National Resources Defense Council says, “Seventy-five percent of the fish we eat in the United States is imported.”  In schools we learn that fish is an excellent source of protein and leaner when compared with poultry or beef. NOAA FishWatch suggests, “Much of the fat in seafood is Poly-unsaturated fat called Omega-3 fatty acids. Omega-3’s are required for healthy human development and fish and shellfish are the main dietary sources.” Dr. Charles Santerre, Professor of Food Toxicology at Purdue University says, “After the age of six, the risk of mercury in children goes down and the need for Omega-3 goes up. Fish-oils are considered to be a valuable resource for Omega-3. It is important for expecting mothers to know the facts about having fish in their diet. A mother can pass high concentrations of mercury through the placenta or through nursing the infant with the mother’s milk. The bottom line is that the benefits of seafood consumption outweigh any potential food safety risk.”

Dr. Santerre says, “Mercury is a naturally occurring element that is found in air, water and soil and really everywhere in our environment.  Primarily the major source of mercury comes from emissions into the air from coal fired power plants, industrial boilers and waste incinerators. Naturally it is released as result of volcanic activity and the weathering of rocks. As mercury moves through the environment in air, sediments and water, it undergoes vast complex transformations largely through metabolism by bacteria and other micro-organisms. The mercury is formed into a very toxic organic type of mercury called methyl mercury which bio-magnifies itself in the aquatic food chain. Therefore aquatic species at the top of the food chain such as the shark, swordfish, marlin and tuna have the highest levels of methyl mercury. These particular species of fish live the longest and eat other fish that have methyl mercury in them, thus increasing the amount of methyl mercury in its own body.”

Chad Martino of the Government of Western Australia Department of Health says, “Mercury can enter the body in a number of ways including absorption from contact with the skin, drinking contaminated water, eating contaminated food or breathing contaminated air.”

Mercury, also known as quicksilver, means “living silver” referring to its ability to move like a living thing.  Mercury cannot be destroyed but, remarkably, it can be recycled and reused. It is contained in many products including liquid-crystal display screens, batteries, thermometers, dental amalgams, barometers as well as electric switches and relays. Some fishing products like the tip-up light contain mercury switches that indicate when fish are hooked on the fishing lines. A range of actions are being taken to reduce mercury levels in products and phase out some. In December 2012, seventy-one cosmetic products were banned by the FDA who said that the products found contained mercury above the allowable limit of 1 part per million or one milligram per kilo. Knowledge is power and the lack of product information for consumers leaves us vulnerable to elements that can be dangerous and harmful to the development of our children. Now more than ever, we need to watch what we eat, drink and use in our homes. Holy mackerel, what is the world coming to?