A Life Amongst It: Kye Petersen 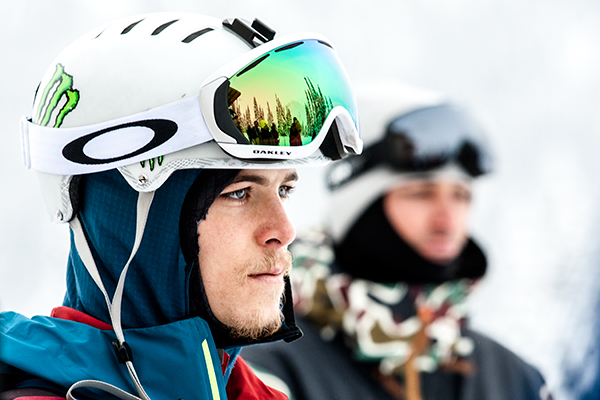 In a sense, skiing has raised Kye Petersen. His father, Trevor, was one of the sport’s best big mountain skiers but was killed in 1996 near Chamonix, France when Kye was six years old. He was skiing the Exit Couloir on the Glacier Rond when he was caught in an avalanche. And while he took inspiration from his father, the younger Petersen’s path has been significantly different. Instead of just skiing difficult lines in the backcountry, his generation has pushed the progression level to new places with the freeride movement. And while his father often filmed with production companies, Kye has taken production into his own hands, shooting and editing his own movies (he recently released In Search). In this interview with the 25-year-old who’s had success in both the competitive and exploratory realms, we talk style, generations and pushing it in uncontrolled terrain.

Yeah, I chose Pemberton because it’s only 20 minutes north of Whistler. It’s still close for me to go ski the hill and get lots of mileage in. But it’s also close to my favorite backcountry zones. It’s a good home base to come back to. I bought a house here two years ago with a few suites in it so I can rent them out.

You had a pretty diverse background growing up in skiing?

Well, I guess I’m the rare breed that came from a pure freeride background. I didn’t get pressured from my family to go any one direction. I tried both racing and moguls but I learned just as twin tips skis were getting developed. So I’d just meet up with friends and start venturing off piste. 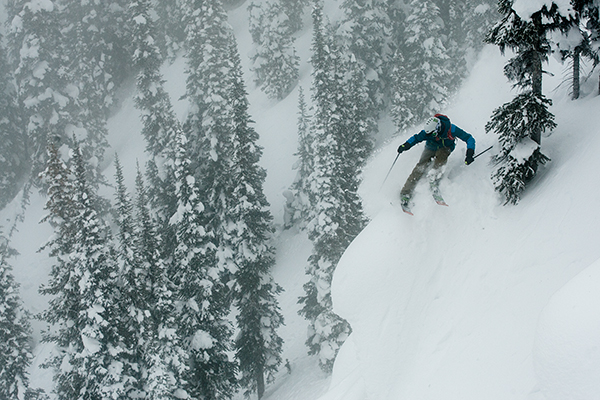 Your dad was really well known for his big mountain and off piste skiing. Did you follow that or is it just coincidence you’re into it too?

It’s sort of coincidence. Obviously, I look up to my dad and a lot of other skiers that were backcountry and big mountain skiers. But I think it’s just natural that people get drawn more to the backcountry because of the freedom to be creative and ski what the mountains give you. I watched his skiing and obviously I was influenced by his passion and the way he lived. Basically being around it growing up, you’re kind of influenced by it. But I was never pushed into skiing. I guess I’m just naturally driven, in a way, to see new things.

There’s been so many great skiers killed in the mountains, especially in the last few years. How do you approach that aspect, especially spending so much time in the backcountry?

You balance risk and reward: you listen to the mountains, you can’t control them. Knowing when to say no is important. It’s good to go out and try and go hard everyday but the most important thing is to come home. It’s always in the back of your head. There’s always moments out there when it’s harder to make decisions, times when it’s important not to get too greedy, not take too many chances. It’s a big respect game. Learning the mountains takes a lot of experience. It takes time to learn and read them. It’s important to stay in touch with the mountains, like a lot of things in life. You don’t just go paddle Teahupoʻo and catch waves. You gotta read the water and get in tune. The mountains are always changing and it’s important to stay in tune. But skiing powder is the best feeling on snow and it’s the main reason to ski in the backcountry.

When you’re dad was skiing, everyone was on skinny 210’s. It’s hard to believe where skiing is now.

It’s pretty insane how quickly skiing is progressing. That’s what makes those times so rad, even though the equipment was so raw the style was amazing. It was like living through the Dog Town era in skateboarding. Skiing in that era, the 80s and 90s, the style was way radder than anything we’re doing because it’s so much more about progression today. They had so much style. Not only in the air but also on the ground and the way they did turns. The way we’re skiing is a lot different. Even snowboarding, guys like Craig Kelly, he was such a style master. They focused on style more.

Your filmmaking is progressing well, too. Did you start making movies out of passion or necessity?

Basically out of necessity. There’s not that many media outlets anymore and I feel like most people have to take it into their own hands. There is a passion, too, I wanted to do it. I’ve been a part of the ski film industry forever and have lots of creative ideas and had ways I wanted to put shit together. I wanted to focus last year on a full segment. It’s nice to put your head down and work towards something. It’s way different than when I was growing up. The way the Internet works, everyone sees everything. People would just film for one company to make a segment but there’s way less film companies today. 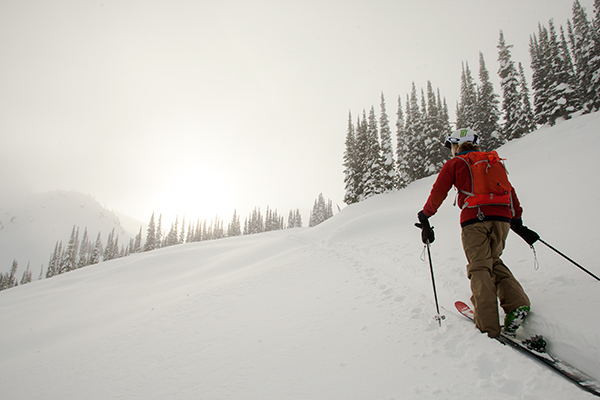 So creative control is pretty big for you? You mentioned to me before that you weren’t really stoked on the film Edge of Never (the 2009 film about his father’s passing).

That was a long time ago and I’m over it but it was a good example of a situation where, all of sudden, you have no control over a production. You don’t get to work on your shots and have input. The guy who made that movie, he wasn’t really knowledgeable in all aspects of the mountains and he basically made it about my family and I didn’t get approval and I didn’t feel it was really accurate. It was a weird story. I didn’t know the guy and at that age, I was really embarrassed. (It was kind of a cluster) cause it was like a Hollywood production, the writer got fired and made his own movie. I was just not stoked about the way the movie came out. It ended up being the cheesiest, shittiest thing. That’s when you really want control over what you’re putting out. It taught me a lot.

I saw a couple of clips of you on strapless snow surf boards? Do you get out quite a bit?

Yeah, one of the boards I use is a Trapper board made in Revelstoke with just a leash and pad. I think it’s been four or five years now. It’s awesome, I can’t explain it, it’s the best feeling. It’s literally like you’re surfing powder. I take it with me on trips and do it a bit around here. If there’s powder you’re good to go. It’s one of the funnest ways to ride powder. I do a lot of board sports, I snowboard, skate and surf—I go out to the islands (British Columbia coast) and did a trip to Nicaragua this fall. It keeps things interesting.