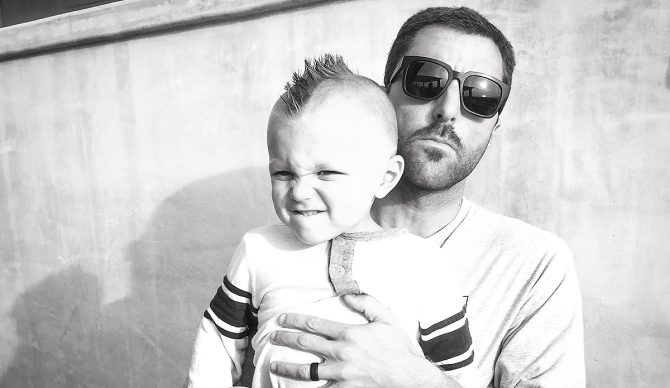 Nate and his son, Isaac, celebrating another Movember.

Nate Yeomans can grow one serious handlebar mustache. And yes, every man is different. We come in different shapes and sizes with our own sets of strengths and our own insecurities, our own brand of masculinity, and our own…ability to grow facial hair. So not all of us could pull this off. But Nate Yeomans can.

Behind all the ironic and sometimes ridiculous whiskers men don every Movember is an important message, and the San Clemente family man might be surfing’s loudest advocate of it: Men need to take care of themselves if they want to be around to take care of others.

“With kids, it’s definitely not all about me,” he says. “I want to be here for them, see them grow up, and be able to support them. I want to be a part of their lives.”

So when Movember rolls around each year, Nate Yeomans takes the annual celebration of men’s health as his personal reminder to schedule a visit to the doctor and get a physical exam. “At least to stay on top of it all,” as he puts it. At 36, he’s not at an age where the dreaded prostate exam is recommended, but he still makes a point to get his yearly physical and any bloodwork that will make sure he’s as healthy as he feels. It all started when his grandfather died of prostate cancer less than a decade ago. Recently, he’s taken his own fundraising efforts with the month-long ‘stache and even has one of his sponsors on board to help raise money, donating a portion of their proceeds to the foundation this month. So in a way, Nate Yeomans has become surfing’s unofficial Movember ambassador. But it still really all comes back to that simple task of getting the yearly checkup – directly on point with Movember’s message. He says being vocal and public about his support of the men’s health movement has sparked conversations with friends who wouldn’t otherwise bring up some of their own health problems.

“I’m far from a doctor but there’s material out there that can answer some questions or lead you to address any possible issue,” Yeomans says. “And I think even just through posting stuff [on social media] the conversation is brought to life and real results can come from it. People see it and maybe they just address things they would keep private.” 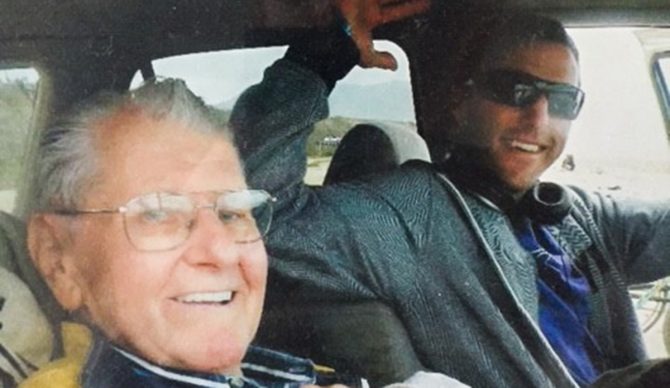 Nate with his grandfather, whom the Yoemans family lost to prosate cancer.

While Movember is most easily recognized for bringing awareness to prostate cancer and testicular cancer, the real movement is about encouraging men to be more proactive about their health. This doesn’t have to mean facing prostate exams or visiting the doctor when you’re already worried there’s a problem. It’s actually more about regular check-ups and early detection, just like Yeomans is working to stay on top of.

By 2030, the Movember Foundation aims to reduce the number of men dying prematurely by 25%. In that time, they project prostate cancer rates will double, while testicular cancer rates already have doubled over the past 50 years. And with Movember’s third, lesser-known cause, mental health, the foundation says that half a million men take their own lives every year. The link between the three touches on a reality that men aren’t always the quickest to seek help when it comes to their health. Whether it’s mental or physical, the foundation understands the best way to save lives is to educate men on preventative care.

Nate’s grandfather is a prime example. While he wasn’t one to avoid regular visits to the doctor, his cancer wasn’t detected until its advanced stages, making it more difficult to treat. The foundation says that men with prostate cancer have a 98% chance of survival beyond five years if cancer is detected early. That survival rate drops to 26% once it’s detected late. So if you’re 50 or older, you’re advised to schedule PSA testing. For African American men and men with a family history of prostate cancer, testing is recommended at 45 years old. Testicular cancer, on the other hand, is the most common form of cancer in men between 15-34 years old in the United States, making work like Movember’s Know Your Nuts campaign a really simple but really powerful example of their awareness of topics we don’t openly and earnestly discuss often.

Movember is the only charity that tackles men’s health on a global scale through fundraisers, providing information on early detection and treatment, and funding projects around the world. Those November mustaches like the one Yoemans rocks around Orange County these days are the most noticeable nod to it all, and it’s changing the status quo of how we approach men’s health. Even if it means growing a little scruff as a reminder and a commitment to getting a regular physical. 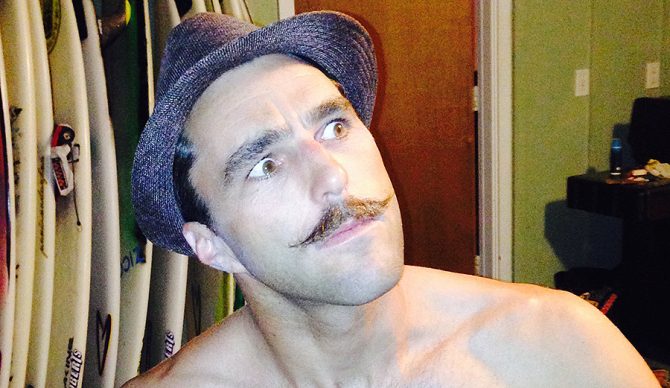 Editor’s Note: This INSPIRED feature was done with the help of our good friends at Cobian, reminding us that Every Step Matters, and of course the very awesome and very inspiring Nate Yeomans. This series looks at compelling moments, people, and places that inspire athletes to do what they do, that in turn inspire us.

This month, Cobian and Nate have teamed up to support men’s health with the Movember sandal, with 50% of sales going to the Movember Foundation.