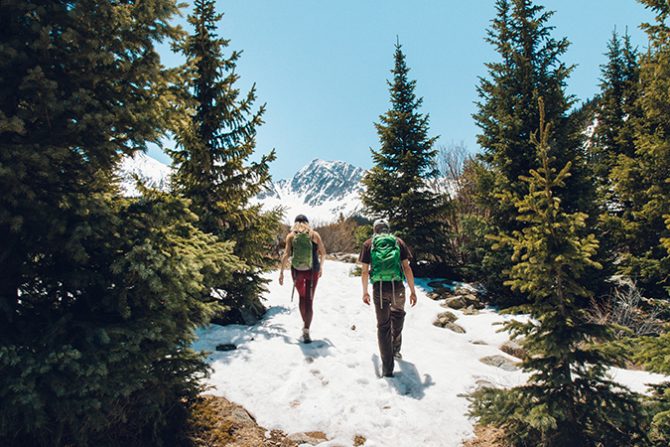 We’ve all seen it: the couple yelling at each other on the sand while one is trying to teach the other to surf; the belaying boyfriend pushing his girlfriend beyond her limit on a rock climb; the snowboard session that ends in tears. Situations like these aren’t fun for the couple–or anyone in the immediate area.

Adventuring outdoors can be stressful for couples, there’s no question. But it doesn’t have to be that way. With practice, compassion–a bit of Zen–and a healthy dose of respect, it’s possible for couples (married or otherwise) to flourish in the outdoors together. I speak from experience, having gone through uber highs, and uber lows with my partner. Here are five things I try (emphasis on try) to remember when adventure coupling.

Do you need to know where you’re going to sleep for the night or are you more of a bivy-in-the-Wal-Mart-parking-lot-type? Which one is your partner? Every couple has different dynamics and the stressful situations on the road, outdoors only heighten those. Taking a clear look at deal breakers for yourself and your partner will help you both draw lines for what’s acceptable and what’s not.

Think as a Squad

“Conceive of yourself as a team,” says Ras Vaughan, who, with his wife of 22 years, Kathy, went on an epic walk-about, backpacking the 2,600-mile loop connecting the Idaho Centennial Trail, Oregon Desert Trail, Pacific Crest Trail, and Pacific Northwest Trail in 2018. “You can talk strength and weaknesses and you establish a team goal. That gives you a foundation for how to approach (adventures).”

Kathy, who was diagnosed with Type 1 Diabetes before embarking on what they dubbed the ‘UP North Loop,’ says it’s important to divvy up tasks based on each person’s strengths. “(Ras) took on extra loads (carrying more shared gear) and tasks so I had extra time to check my blood sugar,” she says. “He would pitch the tent when we got to camp while I checked my insulin levels. Then I made the bed and got it ready for the night. This came naturally to us as we made our way on the trail.” 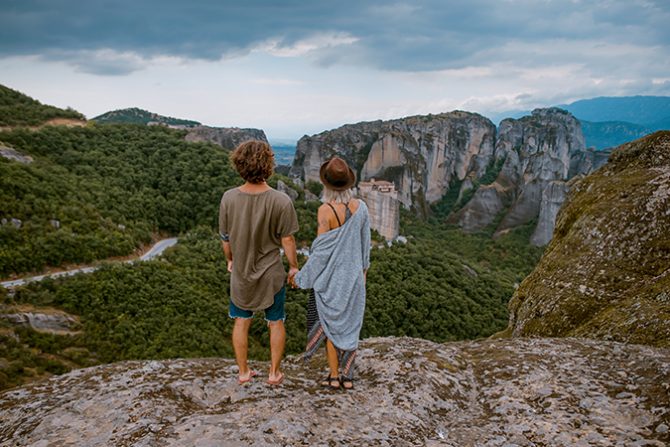 If you spend enough time outdoors, you know that Murphy’s Law is king and that things go south more often than not. So whether it’s compromising to think as a team from the beginning (see number one) or being flexible when, say, a snowstorm closes off the pass you were going to take over the mountains, meeting your partner in the middle will go a long way in keeping morale high for that particular adventure (and the next one).

Do Your Own Thing

Sometimes you don’t want to compromise. Maybe you want to run your first ultramarathon, or climb a route that’s above your partner’s level, or surf a particularly heavy wave, goals you’re your partner may have no interest in. That’s OK—in fact, it’s probably critical to being an individual. You should just choose to achieve those goals without your partner or with them in a different role than teammate. That way you can pursue your goal in the way that you’ve envisioned.