For decades now, researchers have been trying to mitigate avalanche fatalities. Advancement in safety equipment, avalanche education, and the development of avalanche centers have all helped prevent tragedies. But they’re still happening. And one of the most interesting facets of avalanche deaths in recent years is the fact that the average age of victims is increasing.

Why is that? Common sense would say that most of the time, young, inexperienced chargers would be the most readily affected by avalanche accidents. But that’s not the case, as Erich Peitzsch, a doctoral candidate at Montana State University, found out. He shared his findings at the Sawtooth Avalanche Center’s annual Professional Development Seminar in Ketchum, Idaho last April. According to his research, “the average age of avalanche victims has increased from 27.6 years old between 1950-1989 to 34.3 from 1990-2018. The average age of fatalities among avalanche professionals was shown to be even higher at 37.7 years.” 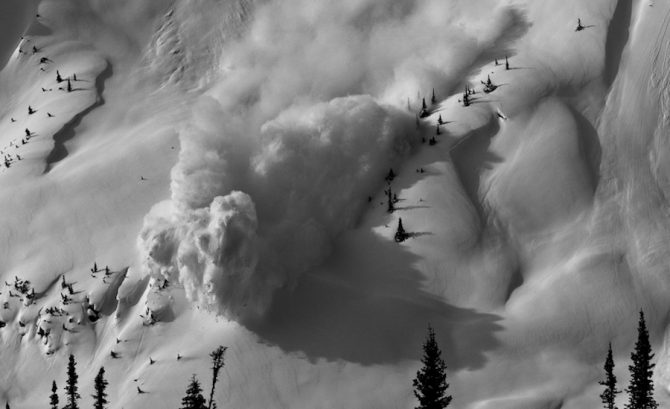 But what does he attribute that increase in age to? He tries to answer that at the 11:30 mark of the video above (apologies for the quality but consider it a podcast). He sites a number of potential reasons for the increase in age of avalanche victims: people are getting married and having kids later in life and might have more time at an older age. He also looks at avalanche education and how some took classes younger, but maybe let their skills lapse while continuing to play in the backcountry and their decision-making process became rusty.

But one of the more eye-opening aspects of the age increase, that might be the most inline, is an economic theory that Peitzsch sites as the “Sunk Cost Effect.” Basically it means that some backcountry users are so busy, and have so many responsibilities, that if they get a hall pass to go out in the mountains and ride a peak, they’re going for it no matter what because that’s their time to go, even if the conditions might not be right, or even dangerous, during that particular window of time.

Regardless, the reasons are varied and it’s probably a little of all of the above. I always find niche research like this fascinating when trying to learn and solve the avalanche puzzle.

You can contact Erich through Montana State University, here.