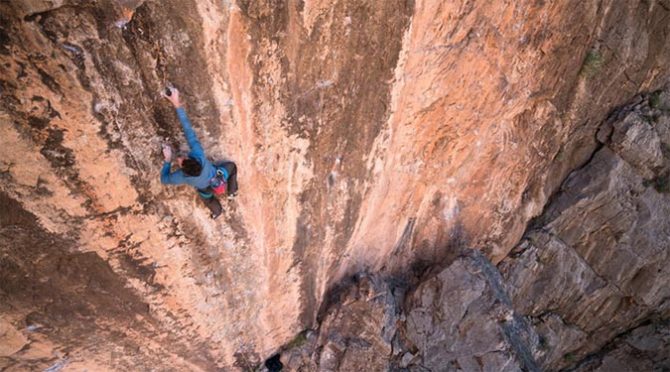 Alex Honnold, in his element.

Alex Honnold is the most exciting and recognized climber in the world, and one of the sport’s most gifted. Last year, Alex completed an extremely challenging climb, scaling 3,000 feet up El Capitan in Yosemite without ropes (yes, if he fell at any point he could have died). The film he made with National Geographic about his journey, and the training and everything else leading up to it, will hit theaters nationwide in just a few weeks.

For years, Alex has led the life that many athletes dream of — living out of his van, traveling, and climbing some of the toughest and most stunning routes. Along the way, he set plenty of records but remains humble about his achievements. He strives to live on his own terms to the fullest, and encourage others to do the same. He also is incredibly generous and gives away a third of his income through his foundation.

My conversation with Alex goes from his amazing free solo ascent of El Cap to his perspectives on life and death, his unique mindset on conquering goals, what he does on his vacations, how he met his girlfriend, and why being in danger can make for having a better perspective on the present moment.