An Avalanche Survival Story: The Scariest Day of My Life 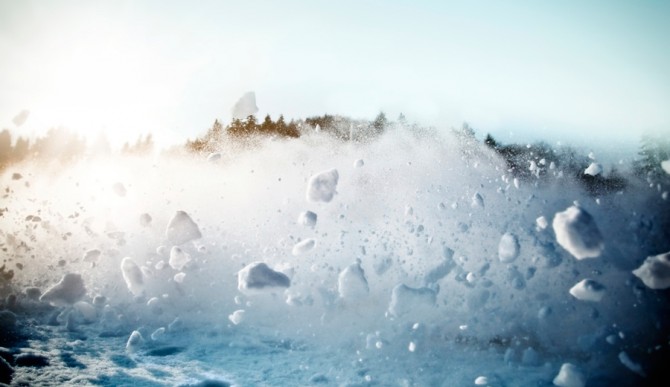 Author’s Note: This story should serve as a cautionary tale for all who enjoy spending time in the mountains both in and out of bounds. It should not be used to replace vital information provided by your local avalanche authority and ski patrol.

The 30th of January 2015 is a day that will forever be engrained into my memory as the scariest day of my life. One week into a month’s skiing in Les Crosets on the Swiss/French border, we were hit with a large snowstorm that dumped close to a meter of snow over a 48 hour period. Naturally, my Australian ski buddies, Andrew and Dan, and our local friend, Leonard, were excited to get our powder fix as the week prior had been relatively warm and dry.

The morning was all-time. We shared deep powder turns with face-shots aplenty. At 4/5, the avalanche risk was a very high. We stuck to inbound slopes with minimal pitch and low exposure to play it safe… or so we thought.

After a quick lunch, we noticed that ski patrol had opened the Grande Conche chair, which leads to longer and more exciting terrain. We headed up the chair and scored more deep turns directly under the lift. Near the bottom of the run we skied into a small v-shaped gully with a short powder schuss at the bottom that followed a small creek back to the base of the lift. During the ski out I noticed a short but untracked line through the trees that I had previously skied on a 2013 trip to the resort. We decided to drop in there next lap.

In order to get to the top of the line, we had to do a short 20 meter push off piste. We were delighted to notice that there were no tracks leading to the run — we would score first tracks. We were pushing through the deep snow when I noticed a muffled whumping sound as our skis broke through a thin layer of hoarfrost about 30 centimeters under the fresh layer of snow. We stopped and discussed our options. Due to this particular gully being known among locals as a safer option with its shorter length and lower pitch, as well as the fact that we had skied the line on previous trips in similar avalanche conditions without issue, we decided to push on.

The top was one of the deepest powder runs I have ever experienced, the deep snow making it hard to breathe through a turn, let alone see. I would pop out of the white room for a split second after each turn only to be re-engulfed by a cloud of white a moment later. The final section of the line takes a quick 45 degree turn into a slightly steeper but short 20 meter pitch that ends in the creek at the bottom of the gully. Carrying my speed I took a little air over the roller into this final pitch. And this is where everything went wrong.

As I landed I noticed the snow around me start to slab and break away. I pointed my skis straight and went as fast as I could in order to ski over the slab and outrun the avalanche. I figured my best option was to ski over the frozen creek at the bottom and up the other side of the gully to escape. However, as I hit the creek I slammed into a shoulder high wall of snow on the other side of the gully which stopped me dead in my tracks. I looked up just in time to watch the avalanche envelope me. The last thing I managed to do before I was completely buried was reach as high as I could above the snow with my left arm and ski pole. This may have ultimately saved my life.

As the snow piled higher and higher, it became darker and darker until I was surrounded by an eerie black silence, broken only by the sound of my slow breathing and racing heartbeat.

I had a shovel and probe in my backpack and I was wearing a transceiver, but the others were only carrying a shovel and probe. I was convinced that they would not find me in time. Unable to move, I focused on slowing my breath, relaxing and conserving oxygen. I felt bizarrely emotionless and wondered for a moment what death would be like. Then I remembered that I was reaching upwards with my left arm, ski pole still attached. I tried to wiggle my hand and I felt a ‘pop’ as the top 5cm of the pole broke the surface of the snow. Suddenly emotion flooded through me as I realized that Andrew, Dan, and Leonard would be able to locate me under the snow if they saw the tip of the pole. I still forced myself to remain calm as I sat in wait.

Soon my vision became brighter and I heard some muffled voices. Suddenly, everything went white as Dan and Leonard excavated my face. I later learned that Andrew had taken a different line and had gone to get ski patrol. I let out a short groan and stifled the words.

I cried with happiness and relief. But only my face was uncovered and I was standing upwards with 1.5 meters of snow still above my head. What really spooked me was that I was positioned directly under the pitch that had buried me, completely exposed to even further avalanche activity. The thought of being re-buried was horrifying.

Andrew soon arrived accompanied by two Swiss ski patrollers who promptly helped dig me out. Despite there being five people digging, it took almost an hour before I was freed from the avalanche debris.

I thanked ski patrol for their help. And I thanked Dan, Leonard, and Andrew, as if not for them, I would not be able to tell this story. From that afternoon on, everybody made a pact to never ski off piste again, even inbounds, without the entire group carrying a complete avalanche pack containing a transceiver, probe, and shovel. More importantly, we were all taught a very big lesson about decision making, reading conditions, and observing terrain traps. Had we have turned around after noticing the layer of hoarfrost, the incident would have been averted entirely. Likewise, I did not make note of the deep snowdrift at the bottom of the line that blocked my escape route, in retrospect the terrain trap was also good reason not to ski this particular line.

Do not follow my path — always practice conservative decision making when in the mountains taking into account the local avalanche conditions. I was one of the lucky ones. So far, 75 people in the Alps this year have similarly not practiced conservative decision-making and found themselves in equally traumatizing situations. Always carry a transceiver, probe, and shovel. Most importantly, get educated. Speak to your local avalanche authority and to ski patrol if you plan to go off piste and complete an avalanche awareness course.

It may just save a life.

This story originally appeared on Tumblr.