An Ode to the Wasatch In Four Chapters

When it's on, there's no place in the world quite like Utah's crown jewel.

As I’m writing this, snow is falling here in Salt Lake City, Utah. When I stare towards the Wasatch Mountains I call home, I can just make out some of the beautiful lines I’ve dreamt of riding since I was a kid. Some of them I’ve gotten to over the years. Others are still just projects buried in my imagination (for now). Last year I was able to get to more than I could have ever imagined. Because it was a season like no other. A season for which most winters going forward will be measured by. I was happy to be home.

I guess that’s why last winter was such a surprise. It began at such a meager pace. Coming off one of the worst snow seasons in recent memory and an abnormally warm fall. November and December started with only a modest amount of snow on the ground. While hopes for a deep snowpack began to diminish, old man winter was gearing up for his big debut. Shortly following the new year, the winter faucet turned on full blast with no end in sight. Storm after storm pounded the whole western U.S., and we were at the forefront of the battle here in Utah.

It was to become a winter that dreams are made of, a magnificent glimpse back in time to memorable winters of my childhood. One of my favorite early-season sessions was New Years Day. I get this weird satisfaction of going for an early morning split to start the new year off right. Also, the mountains feel like a ghost town due to the prior night’s festivities. I was with a good friend, Jeff, and we went on a nice long walk to my favorite set of aspen trees. The snow was so good and the day ended up being an appetizer for the powder feast to come.

Snowbanks grew into white monsters, double overhead. Local hits off the home hill became non-existent, and new lines that I had never seen before showed their face. We were truly living in a snow-globe paradise, inducing anxiety whenever a trip was coming up that took one away from home for a week or two. You don’t want to miss good days in the Wasatch. Powder days blurred together, and I felt as though I was stuck in Groundhog Day. The legs screamed, but the fresh snow kept them grooving since we all knew this harvest was one for the record books and that we may not see these types of conditions again for a long while.

Most Wasatch storms are born in the middle of the Pacific Ocean. Low-pressure systems travel westward, usually hitting California’s Sierras and the Cascades in Oregon first before making their way towards Utah. As the storm moves over the Great Basin the SWE (Snow Water Equivalent) drops and the snow moisture density decreases drastically. This density change creates the perfect dendrites that blanket our steep mountains with the fluffiest of fluff. Light, dry pow. The stuff you dream about.

2019: The year of the endless lines. Jake Welch on a keeper. Photo: Jack Dawe

An ideal weather scenario for the Wasatch Front is a cold northwest flow that shoots down from the Pacific Northwest. The Great Salt Lake (GSL) is like an airplane runway for clouds. Since the GSL has its greatest length oriented in the northwest direction, this provides NW flow with the greatest fetch (distance along water with which the wind blows). This weather phenomenon acts as a gigantic straw and supercharges the storms, hence the name, “Lake Effect.” Thankfully for us the Cottonwood Canyons (Little and Big) sit in perfect orientation to the Great Salt Lake, and act as a huge catcher’s mitt for the incoming storms. With a true NW flow these lake amplified storms will get stuck in the Cottonwoods and voila, the “Greatest Snow on Earth” is born.

I will admit I had to bail on a day or two of immaculate conditions due to sheer exhaustion. By the end of April, 2019, Utah was above 150 percent of statewide precipitation and sitting on one of the healthiest snowpacks to date. 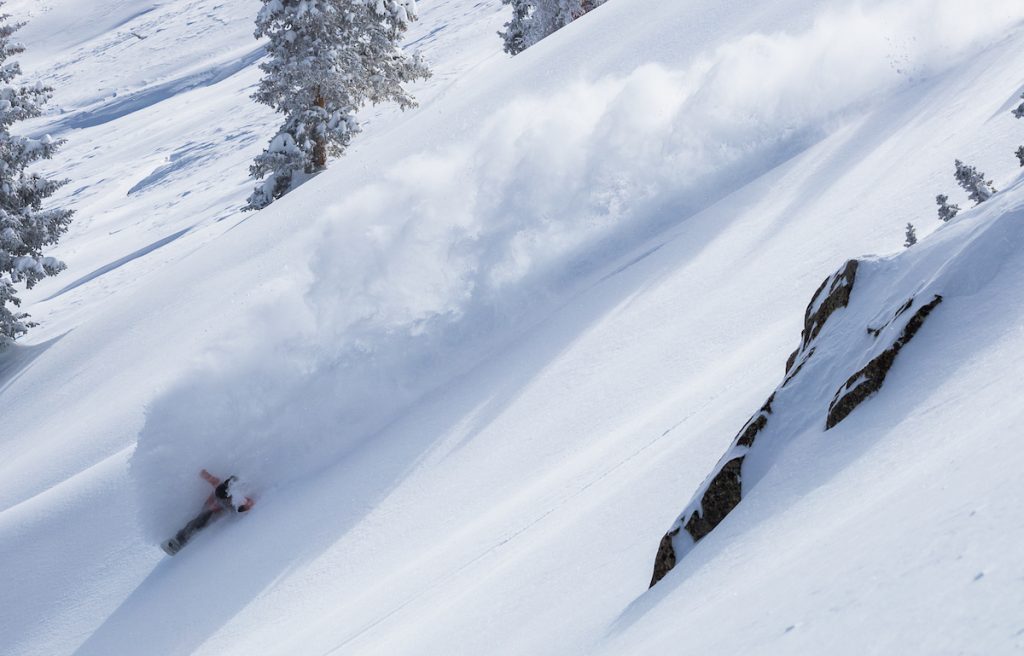 One of the most special parts of last winter was the abundant amount of snow in the lower elevations. Past lure of fairly mind-blowing lower elevation lines became reality, and Salt Lake locals were certainly ready for the party. I remember driving down the Little Cottonwood Canyon road with Forrest (Shearer), and witnessing not one line unridden. I’m talking lines all the way to the valley floor, I would sometimes have to pinch myself to make sure I wasn’t dreaming. Lower elevation couloirs were filled in deeper than I have seen in years, and I recall a day Jack, Forrest, and I were rolling up Little Cottonwood Canyon with no real plan of attack for the day, but knowing that the conditions were perfect and the snow stability optimal. We gazed at the lower couloirs in amazement.

We literally pulled the car over and picked the most alluring one and began to venture up. Thanks to sheer dumb luck we happened to pick a classic line that just kept on going higher, and I had to get out my Wasatch “Bible” (The Chuting Gallery by Andrew McLean) later at home to figure out the name. 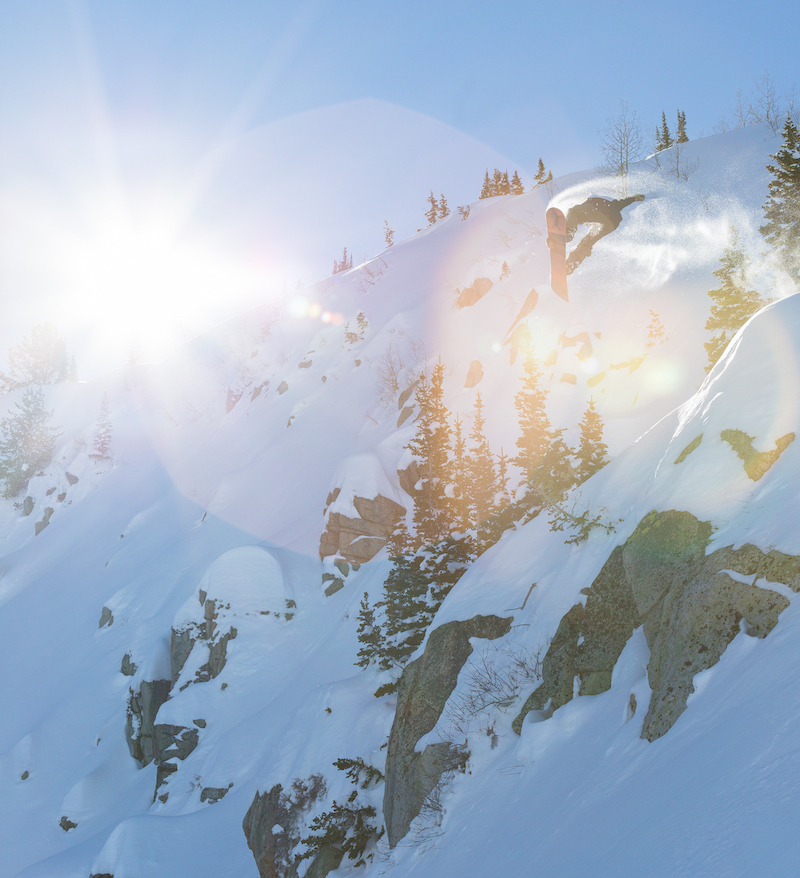 Incredible snowboarders were migrating from all over to come experience and film our local terrain, similar to the days of the early 2000’s. The Brighton backcountry was filled with cheese wedges hidden around every corner. Mount Superior had beautiful spines, and gargantuan cliffs were filled in. One had to start looking in between the lines in Wolverine Cirque for a new perspective. I couldn’t even begin to list all the friends I enjoyed amazing powder-filled days with, even the thought of these beautiful times still brings a smile to my face.

Witnessing the older generation filled with stoke, looking like wide-eyed groms, expanded my love for snowboarding, and the mountains I call home. I feel truly blessed that I was able to bask in all the snowflakes granted to us last season, and to enjoy it with all my best friends. I want to especially thank Jack and Forrest for being my right hand dudes, willing to go for a walk in the woods no matter the time or how long the slog. The times experienced were memorable and my twist to the old saying rings true, “Powder days are better enjoyed with friends.” Cheers to many more bottomless Wasatch seasons in the future! 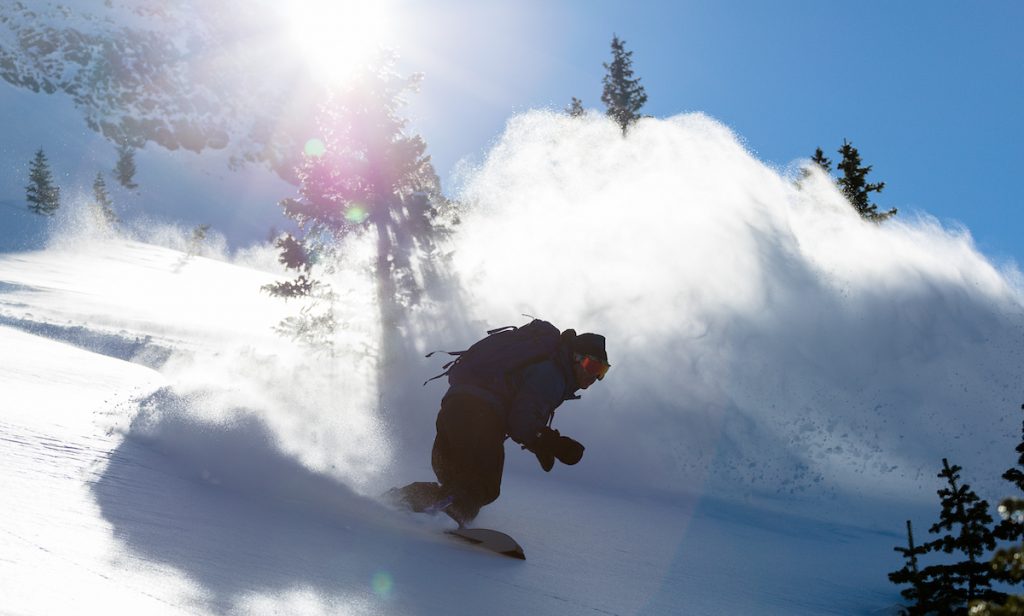