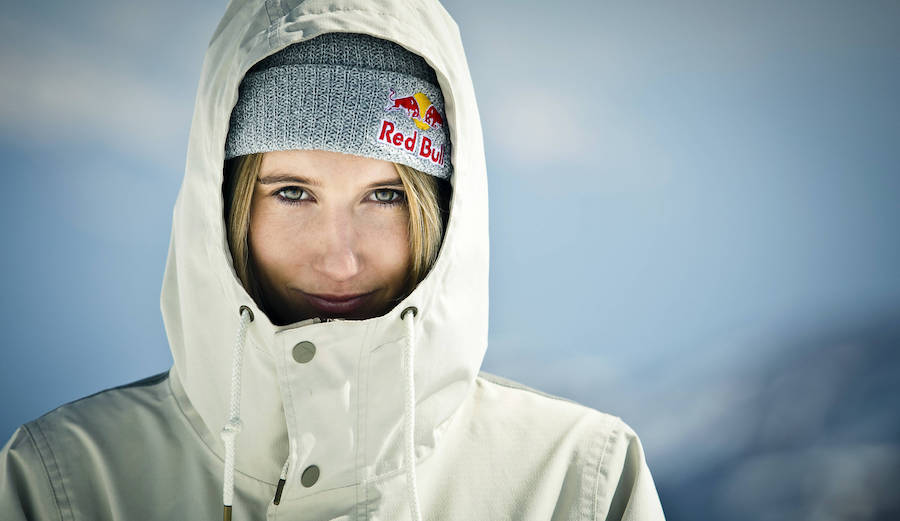 It’s the day of the women’s slopestyle final at the Burton US Open of Snowboarding, and Austria’s Anna Gasser is watching six of her best friends compete from the sidelines. After sustaining an ankle injury in January, Gasser is taking time off to heal. She’s down, but not out. Not in the slightest.

Back in November of last year, Gasser made headlines when she became the first woman to pull a triple cork. The official call? Cab triple underflip.

And in February of 2018, Gasser took top honors in Pyeongchang at women’s big air – the first year the ladies had the opportunity to compete in the event at the Olympics.

The evening before slopestyle finals day at the US Open, Gasser was kind enough to sit down with us to talk us through her monumental triple cork and the state of progression in women’s snowboarding.

I was one of the first women to do a double [cork]. I’ve been doing that trick for a while and it’s been on my mind to go for the triple for maybe half a year before I did it. And yeah, I never thought there was a reason not to try it.

It was just a perfect day and snowboarding is a lot about feeling and I just felt it. I felt that it was the right time to try it and thankfully I could pull it off.

I’m so happy I could land it first try because I was so nervous going into it. I had butterflies in my stomach and so much adrenaline.

I think even if I didn’t land it, I would have needed another day to try it again because I feel like the hardest part is to actually try a trick and get it out of the way.

And when I did it, the adrenaline comes out and I told everyone I was happy I did it first try because if not I would’ve had to wait for another day.

[Women’s snowboarding] is progressing so fast. I think five years ago people never thought that girls would get to a level where they’d be doing double [corks]. And triples were really far away. But, every year girls have been pushing it.

I think we’re really closing the gap between the men and it’s really cool to see all the young girls come in. They’re not scared anymore. They want to show what they can do, too, and it really shows. Every contest the level gets higher.

On Returning From Injury:

Every injury I’ve had has motivated me more. Especially the semi-finals for women here, it was such perfect conditions and girls were riding so strong. And, you know, I know I have the tricks and I know I could have done good so it was hard to watch and not be part of it, but on the other hand I know what I’m gonna work on when I get back and I hope that’s soon.