Aussie Snowboarder Ross Pointer Was Hung Out to Dry by Insurance; His Girlfriend Responds 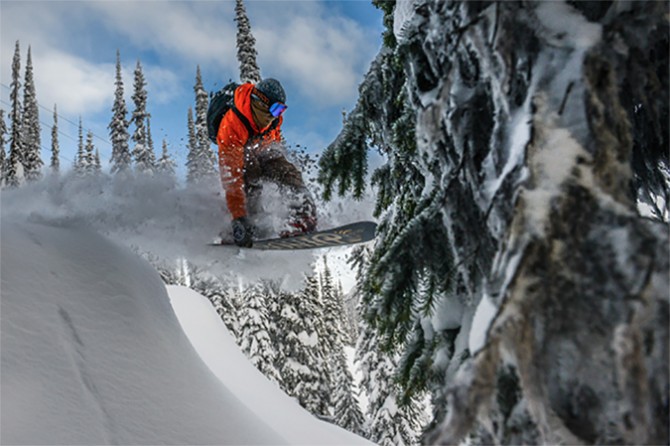 Editor’s Note: In Early March, we ran a story about Australian snowboarder Ross Pointer, who suffered a wipeout at a Canadian ski resort and tore his posterior in half. The accident and subsequent surgeries left him physically and financially devastated as he’s now looking up at $60,000 in medical bills. A story in the CBC ran a statement from the insurance company stating that Pointer and his girlfriend had been contacted by the company, a point (among others) that McColl vehemently denies. She touched base with us and we gave her the opportunity to respond. Many complain about the cost of the American medical system. But the truth is, medicine is outrageously expensive, no matter where you are in the world.

As Ross Pointer was descending one of his favourite runs at Whitewater Ski Resort near Nelson, British Columbia earlier this year, he caught his snowboard on a stump that was submerged under fresh snow. He slid onto it, using his bottom as a brake, and was badly impaled by it. It tore out a huge section of his butt, severed his Gluteus Maximus muscle vertically in half, shattered his sacrum to pieces and left a deep penetrating wound of about 20 centimeters in length across his right buttock.

Ross was rushed to the closest surgical hospital in a very critical condition. There he underwent two surgeries to remove the large pieces of wood, splinters and bits of his shattered sacrum that had lodged throughout his rear. Ross avoided tearing out his colon and the nerve pathways to his lower limbs by about 3mm on each account. So needless to say, he is VERY lucky for being an unlucky guy.

Ross has shown incredible stamina and charisma throughout this incredibly painful and difficult ordeal. He spent more than a week in a hospital, but now, seven weeks on, he is healing miraculously. He can now walk confidently, without the need for specialist equipment, and he can take care of his own personal affairs independently. He is already able to sit for periods of up to 10 minutes on the injured site. 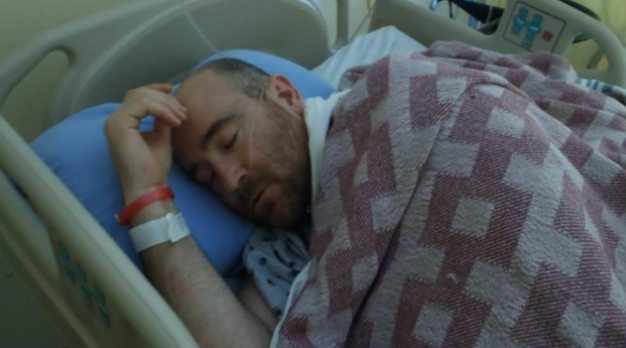 Ross’s physical injuries are well on the mend. However, the ordeal is not over, as he is now faced with a very significant surgical and hospital bill, because his elected travel insurance company (Travel Insuranz – Online Insurance Brokers Pty Ltd, underwritten by Lloyd’s of London) refuses to cover his medical expenses.

The company claims that Ross and I did not purchase snow-sports coverage as part of our year-long travel insurance policy. But I know beyond any doubt that I elected to purchase this coverage, which involved the input of detailed information, rather than a simple tick of a box into a web-based form – as part of the online purchase process. I looked over the policy certificate that was emailed after the purchase had gone through, to ensure that the policy accurately recorded important information such as our names, and policy commencement date. I then filed the policy for safe keeping, in the event of having to make a claim.

It was a very basic certificate which included only a small amount of the data I had been required to input online. The snow-sports coverage represented only a portion of our year long policy, so I did not expect to have to look for detailed information about it within the policy certificate.

It wasn’t until I scoured our copy of the policy certificate more closely at the time of Ross’ accident, that I discovered that a mistake had been made by the company. It was then that I noticed the fine print and the words that read “snow-sports cover: no”. 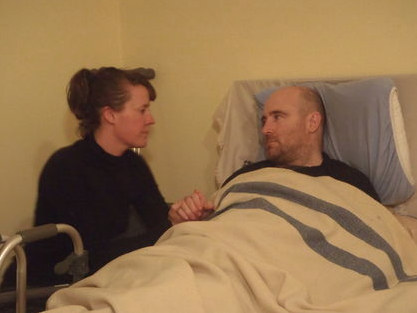 When I called the company to draw their attention to the mistake, and to register Ross’s claim, the person on the other end of the line was unable to get an immediate response about whether the company did in fact have a record of the snow-sports coverage that we’d elected to have.

It took many phone calls and four to five days, after promised and undelivered return calls, to be told whether or not the specific coverage we’d elected had been processed. I was then told that the company did not have a record of us having purchased anything for snow sports. That was perplexing to us because it should have been a pretty quick decision if it was a clear case of us not having purchased specific snow-sports coverage. Why did they take so long to give us a verdict? Something was amiss.

I’ve resigned myself to believing that Lloyd’s is a significant and influential multinational organization, and we are powerless individuals.

Then we learned that the company had made a statement to the CBC indicating that we’d been asked to review and/or sign the policy certificate to indicate that they we were satisfied with its contents, and that we’d in fact done this. To the contrary, at no time did the company ask for any kind of confirmation or review of the contents of the policy certificate, and we certainly did not sign anything. The company’s willingness to bend the truth on this matter, is cause enough, in my mind, to believe that there is something going on behind the scenes with this matter.

I admit that I did not pick up on the erroneous contents of the policy document before the day of Ross’s accident, however, I believe that any fault, error or mistake in the company’s online purchasing system, whether intentional or not, is still a mistake entirely of their own, and thus, in my mind, they have a legal and ethical obligation to provide us with the coverage that we elected to have. We chose to insure ourselves with Travel Insuranz because it provided the snow-sports option, unlike many other companies who specifically disclude this coverage entirely.

I’ve resigned myself to believing that Lloyd’s is a significant and influential multinational organization, and we are powerless individuals… and so we have lost the fight. As such, Ross is now looking at a medical bill of somewhere between CAD$60,000-$70,000 (some billing is still pending).

To help us pay this huge sum, Ross recently put together an online crowd-funding campaign with www.ozcrowd.com, titled “Project Dead Stump – Rebuilding Ross’ Buns“. Ross would be ever so grateful to anyone who feels that they have the financial means to contribute to his fundraiser, which is aimed at covering the costs of his surgical and hospital expenses.