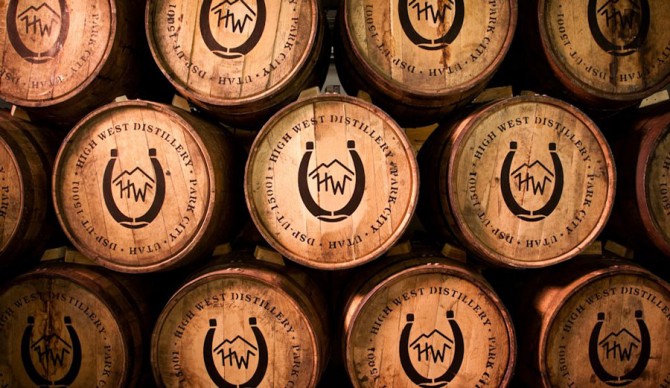 When we come off the hill and head to the nearest watering hole, it is typically a frothy beer that first comes to mind when saddling up to the bar. The micro brew culture has taken mountain towns by storm in recent years, and it’s not unusual to have a endless row of obscure taps and a middling concoction of bottled brews staring you down as you decompress after a long day on the mountain. But there is something else trending on the horizon, and it ain’t another varietal of the IPA. Whiskey is now nearing its curtain call, and it’s about time. 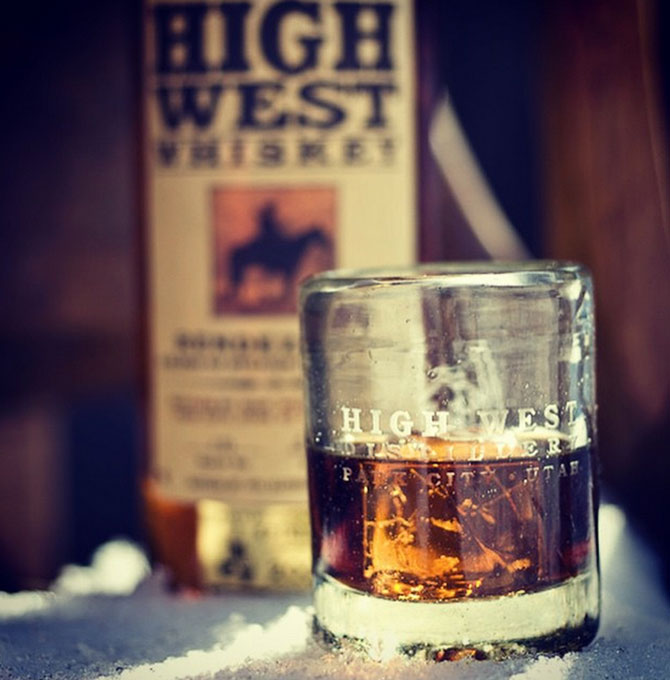 The cowboy’s libation of choice takes a true bout of craftsmanship to create but is appreciated by connoisseurs and casual drinkers alike. And leading this charge is High West Distillery, an operation currently producing 16 different spirits. 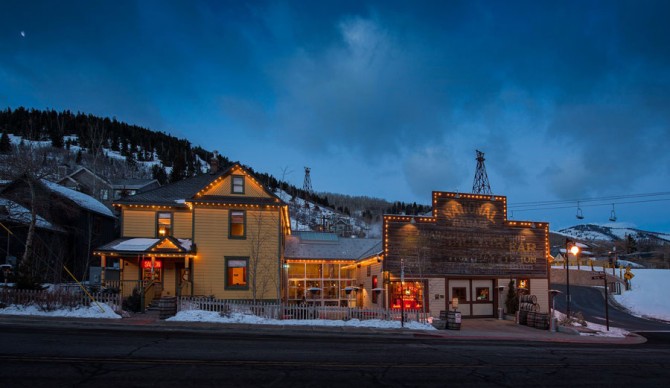 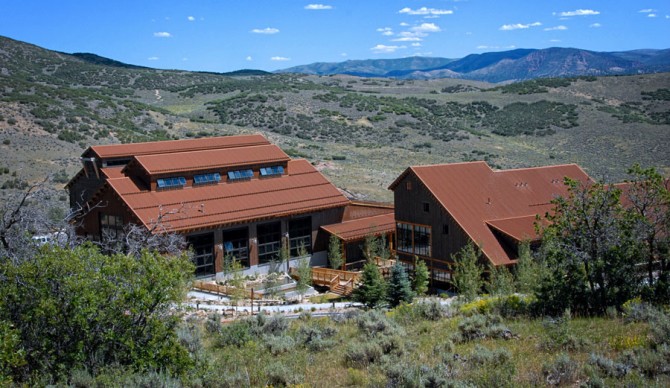 Situated high in the foothills of the Wasatch Mountains just outside of Park City sits the distillery responsible for bringing whiskey back where it belongs, in heart of the American West, tucked behind the creases and crevasses of the high alpine desert ridges. 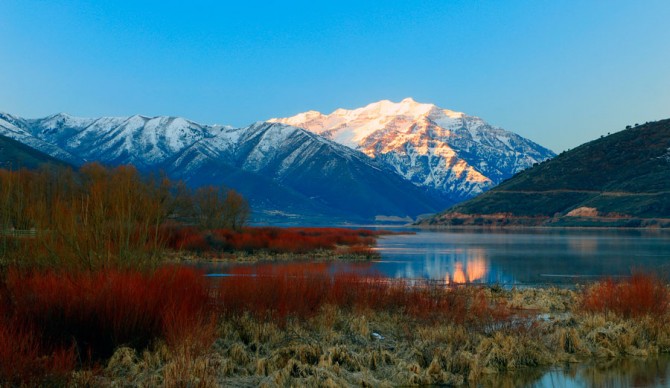 Resting at the end of a meandering mountain road in Warship, Utah, accompanied by the Blue Sky Ranch, the High West facility resembles more of a modern horseman’s ranch than it does the cutting-edge cathedral of potable chemistry that it actually is. 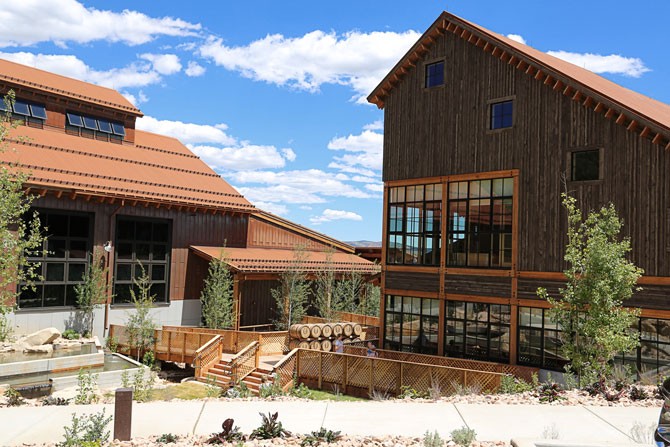 The two main buildings are adorned with bloated oak barrels and are adjoined by wooden footbridges, which are as much a practical way to move the lumbering containers of revered spirits as they are an aesthetic of the compound. 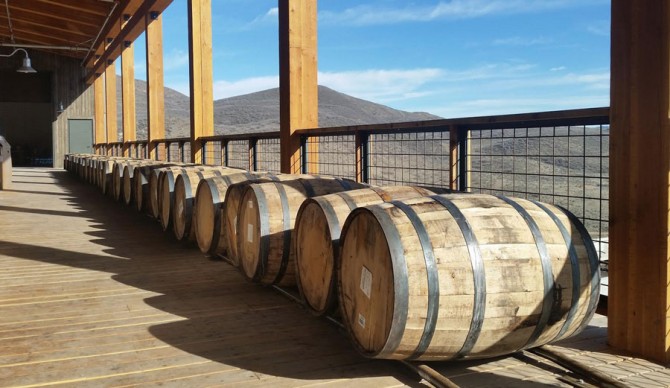 Upon entering, guests are greeted by a terraced infinity pool that spills over to a small self-contained pond that runs off under the main walkway. There is an amphitheater of sorts surrounding the falling water where one can imagine company meetings taking place, and now that the doors of the facility are open to the public, perhaps an elegant western themed gala where guests are duded up in their Sunday best enjoying High West Manhattans as they lap up appetizers on locally mined silver platters, might be a more appropriate image for the space.

This is, in fact, all part of the vision for the High West Distillery, to be as much a place of communal gathering as it is the production center for the much sought-after caramel-colored spirit. One of the two main buildings — which contains the still, a small assembly line where the whiskey is bottled and packaged, and the storage area for the barrels — will house the production side of the operation. The adjacent building, referred to as the Refectory, will be where guests can enjoy fine food and drink while taking in the dramatic views of the surrounding range and most importantly enjoying High West Whiskey directly from the source.

It’s easy to get caught up in surrounding beauty of the place, even the aesthetic of the mountain compound tricks the mind into thinking you have stumbled upon a small cottage farm somewhere in the Alps. The mountains around the distillery loom over guests begging the visitors to take a drink and sit back and and let the imagination take over. I could have easily left the tour and hopped on my bike and travel up and down those hills in front of me, but a whiskey tasting is perhaps best suited for the post ride. Either way, High West has all the bases in this part of Northern Utah well covered. 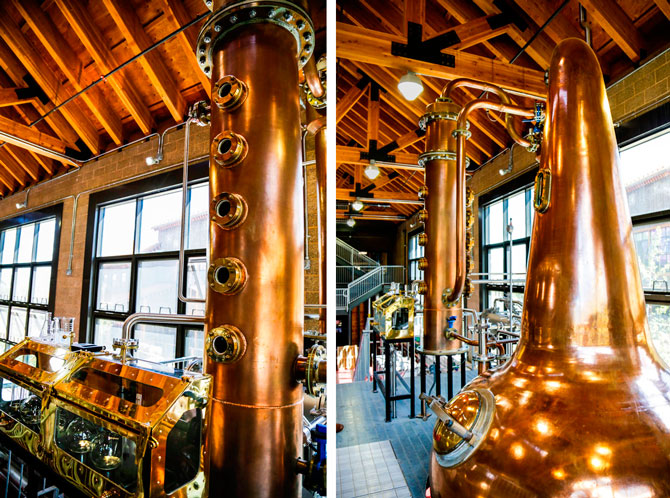 Over in the business end of the property sits the still. A hybrid of sorts, the still is a one of a kind set-up that has traditional Scottish made components balanced by all American, Kentucky constructed elements. Currently crafting the first authentic High West single malt, the still, in all of it’s bronze luminance, is a sight to behold — even if it takes a degree in engineering to really understand what’s going on, it takes only a glimpse to appreciate.

David Perkins, the founder and proprietor of High West, found his way to whiskey in a rather untraditional way. A Georgia native who maintains his southern accent was a biochemist and executive in the biopharmaceutical industry in Silicon Valley prior to his career a frontiersman. If you read interviews with Perkins, you’ll learn that it was while attending a wedding in Kentucky when he and his wife decided to take a day trip to the Makers Mark facility. Already a lover of bourbon and whiskey, a trait that is genetically coded into all folks that originate from south of the Mason Dixon Line, touring the legendary Kentucky facility was the epiphanic moment for Perkins.

“It all made perfect sense,” he explains. “The whiskey was being made the same way pharmaceuticals are. It was both foreign and familiar and I knew then, I wanted to make whiskey.” 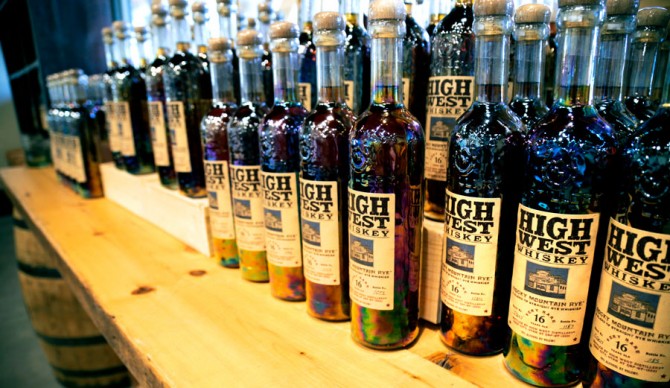 Perkins background seems like an odd but perfect fit for someone to undertake the creation of a world renown distillery, it was really his background in Market Forecasting that truly solidified the plan to action.

After working as a biochemist, Perkins spent a number of years as a financial forecaster. Applying the same scientific rigor to the field of refined liquor as he did to markets and trends in the more tech heavy fields, he could see that whiskey was bound to hit. As he explains it, wine had its time and vodka simply lacks the complexity and craftsmanship worthy of a connoisseur. Whiskey was next to go big, and as far as he saw, it was already heading down the pipeline and well over due for its close up.

It comes at a time when it is most needed. Sure there are more options for a post ride quencher then there have ever been, but the beer scene can get tired and whiskey is at the very least a nice change of pace. Have a couple High West Manhattans and you may just be a full on convert. 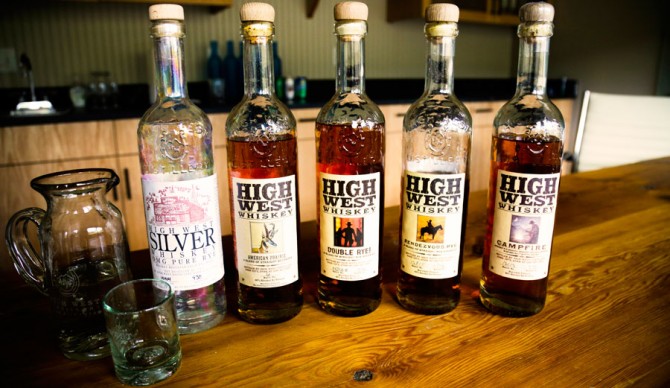 When coming off the hill at… Park City, thanks to Vail Resorts, will become the largest ski area in the United States in terms of acreage when it starts spinning it’s lifts this November. The merging of the Canyons and PC will mean with one pass you can ski over 300 trails and twenty-two miles of lifts. One step closer to the dreaded Utah mega resort, but regardless of your opinion on that, trail maps will be mandatory.

You have to drink… High West Double Rye Old Fashion.

Best for… Decompressing from long stormy days on the hill and getting a little loose late into the night. Whiskey prior to beer and you’ll have nothing to fear…

But also good for… Trying to class up your act around the in-laws, impressing potential clients, and liquid courage dance floor. 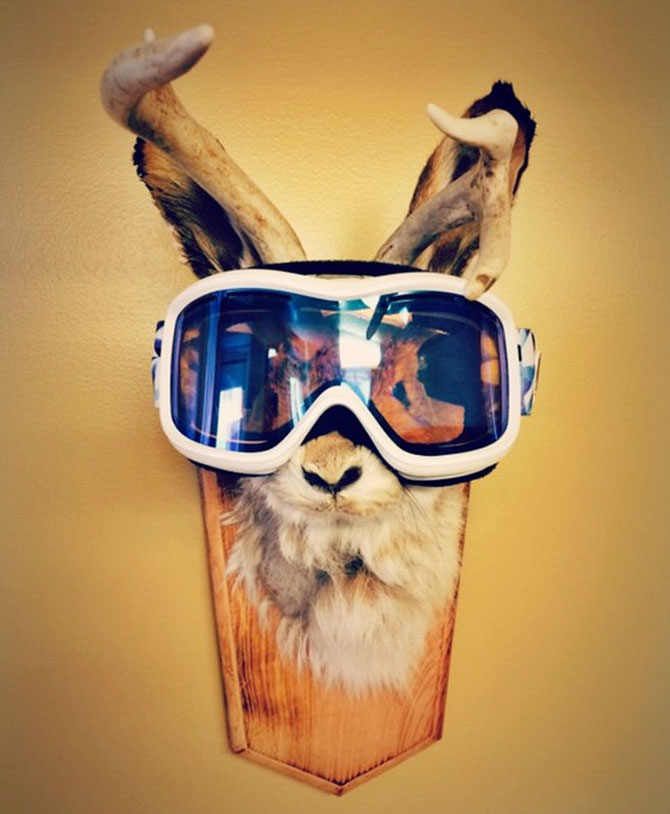