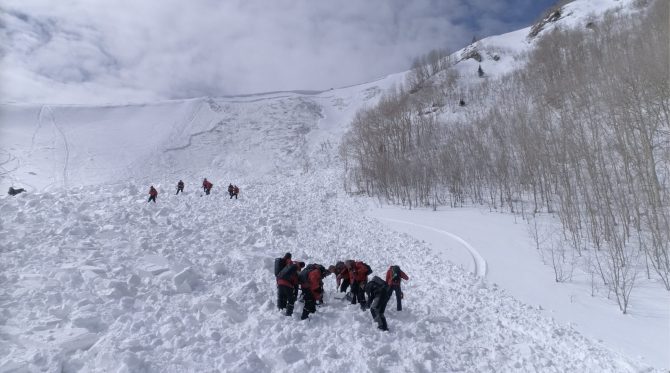 Keeping an eye on the geography or layout of the terrain can go a long way in helping you stay safe in the backcountry. Photo: Screenshot

In the avalanche world, there’s no silver bullet. There’s no one thing that’s going to keep you safe out there. But the closest thing we have to that is terrain and learning how to identify and manage your avalanche terrain. You can learn more here or in my new class with Inspire Courses, the Essential Avalanche Awareness Guide.

When you go out into the field, start looking around and start learning what is avalanche terrain and what isn’t.

What Is Avalanche Terrain?

To define that, avalanche terrain includes slopes between 30 and 45 degrees with the prime angle of repose being at about 38 degrees. Not all avalanche terrain is created equal. It’s a very bell-shaped curve with 38 being in the middle and 30 and 45 being on each side of it. So as you work up into that terrain, degree by degree, avalanches are going to want to release closer and closer to that 38-degree slope angle. You’re probably asking, “How do I know what the angle of the slope is?”

And as humans, we’re really bad judges of slope angle. What you need to do is get yourself an inclinometer, they’re pretty easy to find, easy to buy. You can stand on a slope, set it on a ski pole, place it on there, get a reading. You can use it in profile and hold it up and eyeball it. But this is really the only way to understand and to know and to learn what slope angle is and manage it accordingly. 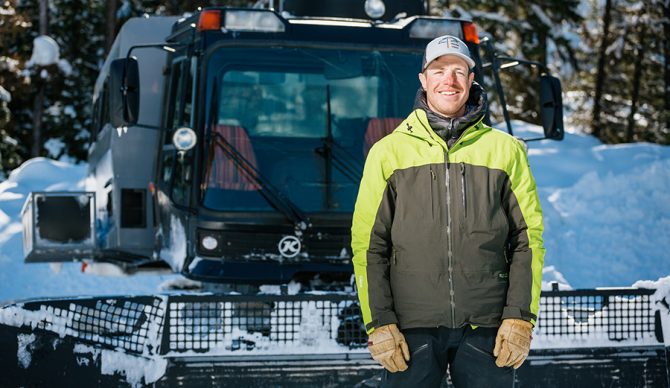 Even if we decide that on any given day it’s safe and we can go out and go ski in avalanche terrain, it’s best to always travel out of avalanche terrain. In the backcountry, we spend 80, 90 percent of our time walking around and getting to the slopes that we want to go ski. At some point, it just becomes a numbers game.

Of course, there are a few caveats with those pieces of terrain.

Things to Look Out For When Defining Avalanche Terrain

Ridges — we always need to be very aware and cognizant of cornices. They’re extremely unpredictable and can break a lot further back than you expect. So give cornices a wide berth of respect.

For traveling on slopes less than 30 degrees, we want to make sure that we don’t have avalanche terrain above us that could potentially run down onto that slope that we’re on.

So when we’re looking at terrain, we break it down into three large categories. The first one being Simple Avalanche Terrain. These are slopes that have a lot of good, safe options to take a safer route, lower angle terrain so that you don’t have to commit yourself or your whole group to avalanche terrain. They’re going to tend to be smaller and without terrain traps.

That second middle ground is Challenging Avalanche Terrain. You’re moving into larger avalanche paths, more well-defined. Fewer safer, or less-exposed options to get out of that terrain if you don’t like what you’re seeing or deem the situation to be unsafe.

The third one is Complex Avalanche Terrain, where you’re going to have few, or basically no, options to take less-exposed routes. You’re going to have overlapping avalanche paths to where if you trigger one, another could potentially come down into that same deposition zone.

These are really broad brush strokes, but it’s important to understand that not all avalanche terrain is created equal.