Does Going Pro in Snowboarding Even Matter Anymore? 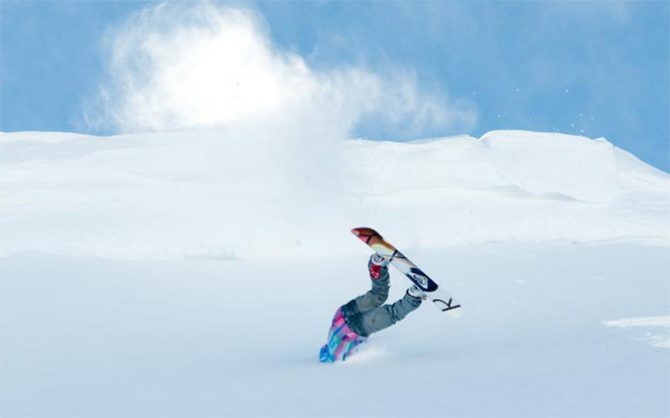 The game has sort of taken a header.

Every time I peruse the Thrasher website it seems like there’s a new skateboarder going pro. It’s usually a grand spectacle of some sort–parents are invited, dreams are fulfilled, and sometimes tears are shed. Which is, unless you skate for Enjoi, a good way to get your pro deck rescinded in the mostly ultra gnar-dog skateboard industry.

The bottom line is that even though most pro skaters aren’t receiving $20,000 a month for board sales like they were in some of skateboardings’ more economically prosperous times, having a board with your name on the bottom is still the pinnacle of success in the industry. It not only elevates skateboarders to a higher level on the social scale, but often comes with pay raises across the board for the sponsoreded and certainly comes with some percentage of sales on a pro model. In an industry where shoe companies are clearly king, it is both strange and somehow charming that having a skateboard with your name on it still carries so much weight.

While skating continues to thrive and elevate sponsored riders up through a very systematic ladder of progression (flow – sponsored am – paid am – pro), snowboarding has a murky-at-best system for elevating riders through the ranks. Becoming a pro in skateboarding still requires the standards:  coverage in magazines and filming video parts, having the end part in a major production, and maintaining a consistent social media presence. However, this doesn’t seem to be the case in snowboarding, where many exciting and talented snowboarders who have seemingly paid their dues for years remain at the amateur or global am level.

Granted, snowboarding isn’t skateboarding. It’s a much smaller community and industry: the number of pros on even a major snowboard brand’s team is significantly smaller than any major skateboard brand’s. For instance, Ride Snowboards, who has often been considered a Top 5 company in terms of size and relevance for decades, currently has 5 riders on its pro team, while Baker Skateboards in comparison has 14. It’s important to keep in mind that snowboarding is not inundated with big shoe money (like it once was). Snowboard manufacturing companies are generally the major financial support for sponsored riders’ careers, often paying for travel and video production budgets. Adidas is tip-toing its way in and the absence of major corporations like Nike and New Balance leaves only the energy drink companies to supplement rider budgets.

When it comes to pro models in snowboarding the list of professional riders with their own signature model is even smaller. Many top tier pros will go entire careers without one. Also, as in surfing, an elite snowboarder can be at the upper echelon of the professional competitive circuit and be without sponsorship, meaning that someone going to the Olympics might not be on any brands’ professional roster. This makes the line between pro and non pro even more convoluted.

“Unfortunately snowboarding is moving further and further away from pro models,” explains former Signal Snowboards pro Jake Olson-Elm. “That was the biggest gap between being am and pro. As a kid growing up all of the pros had their own boards. Now companies just have a fleet of riders all ride one particular model and post about it on social to keep investors happy.”

“The gap between pro and am is pretty much a grey area these days,” Olson-Elm continues. “All I know is that the am riders are usually better than the pros and that’s what continually pushes the progression of snowboarding.”

With diminishing budgets and declining sales having a major impact on the industry, a lot of companies are drastically reducing the size of their teams. From a fiscal perspective this makes sense, with the line between am and pro blurry, dropping a budget-heavy pro in favor of a large squad of amateurs is an easy way to increase media presence while simultaneously reducing budget.

For now, it seems as if the significance of being a professional has largely diminished since the snowboarding boom of the mid 1990’s to mid 2000’s. While every core snowboarder in the world could name the members of the legendary Forum 8, the likelihood of anyone being able to tell you a company’s current pro-roster 10 years from now seems unlikely. While riding for a living might come with some budgetary benefits and for a very small few, signature gear, it seems to the greater snowboard world the prestige that once came with becoming a professional snowboarder has all but disappeared.

This may be the natural evolution of a lifestyle sport that had almost three decades of unprecedented growth before hitting an abrupt downturn. Here’s an idea, though: if our industry is slowly declining in participation numbers, maybe it’s time to reevaluate how to promote and enjoy professional riders. Many snowboarders that started in the era of the super pro became engaged consumers and participants because of their idolization of their favorite riders. There is a connectedness that takes place when using your favorite pros’ signature gear, and that connectedness is part of what creates lifelong snowboard enthusiasts.

For the health of our culture I want to see the significance of the professional snowboarder return. The sport wouldn’t be what it is today without names like Terje, Lynn, Walker, Walsh, Line, Rice, Kelly, Kass, and so many more. Most of today’s brightest stars wouldn’t have pursued their passion without the inspiration of these legends. While jumping on the hype bandwagon of every new kid with a hot Instagram edit might seem like the easy way to get exposure for your brand, investing in the sustainable infrastructure of legacy pros will help companies achieve longevity, even if it happens at a slower pace.

For everything snowboarding has borrowed from skate, how we treat and define professional riders has been lost. While we may be going through uncertain times, one thing remains tried and true: we wouldn’t be here today without our icons. So let’s do what we can to help young riders reach iconic status.