Does Snowboarding Need Another Shaun White? 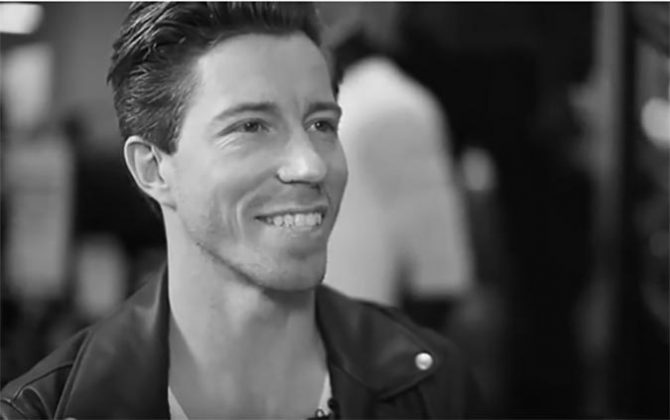 Regardless of what anyone says, White is easily one of the best athletes in the sport’s history.

There might not be a more polarizing figure in snowboarding than Shaun White. He is, and always will be, snowboarding’s Tony Hawk. As divisive as he is there’s no doubt that he was a major factor in ushering snowboarding into the mainstream. But as the sun sets on his competitive dominance there is no clear heir to the throne and the big question is, does there need to be?

White has been part of snowboarding’s public face for decades. Anyone that has been around long enough remembers the early days of White’s illustrious career. It was hard not to be drawn in: the young White was an adorable little kid doing adult-sized tricks in both the halfpipe and terrain park.

Mega-brand Burton quickly caught on to White’s potential and scooped the prodigy up in true Burton form. The Vermont-based company has long been adept at finding and developing the best young snowboard talent in the world, especially when it comes to potential competitive superstars. White would follow in the boot tracks of Burton’s legacy pros like Craig Kelly, Terje Haakonsen, and Jeff Brushie.

But White was different. The Southern California native was an action sports superstar. He wasn’t just a prodigy on snow. He developed into a world-class skateboarder and would eventually go on to to compete and medal in vert at the summer X-Games. White was gifted, but he also had the family and sponsor support to become a world-class athlete. 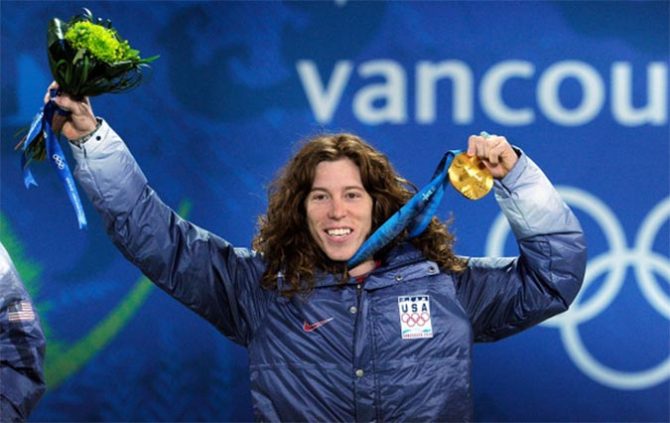 White helped legitimize the sport to the mainstream with his Olympic victory.

By the time White was a teenager he was entering the realm of superstar status. By 17 he was winning gold medals in both summer and winter X-Games, his reign of dominance would continue uncontested for almost a decade. White has still won more X-Games golds than any other athlete in history. Also during this time, he won the 2006 Winter Games halfpipe event, claiming a Gold Medal for team U.S.A and helping to solidify the importance of snowboarding’s place in the Winter Olympics.

White’s celebrity status was also rising. He was becoming snowboarding’s first megastar. The first snowboarder in the history of the young sport to find mainstream success on such a grand scale. Snowboarding had long had its own insular group of legacy professionals, but no one had really broken through like White. From Rolling Stone covers to cameos on big-budget Hollywood films, White was becoming the face of snowboarding for the mainstream. He was the first snowboarder your aunt from Kansas had heard of.

The success and celebrity that White found in the late 1990’s and into the 2000’s also came with a price. For a small lifestyle sport like snowboarding, being mainstream also earned him him the “sellout” tag. Like skateboarding and surfing, there are people both in the snowboarding industry and avid participants that are fiercely protective of the culture and how it’s portrayed to the rest of the world. While some were enjoying, and certainly profiting off, White’s success, others were seething. White became an anomaly in the snowboarding world: he was at once the most popular snowboarder in the world and also its most despised.

What was truly unique about this discontentment was that it wasn’t just coming from some prickly veterans from snowboarding’s old guard. It was coming from White’s fellow competitors. Most visibly from a group of young athletes associated with snowboarding’s Frends Crew, which consisted of a group of up and coming elite snowboard competitors including Danny Davis, the Mitrani brothers, and White’s biggest rival, and detractor, Kevin Pearce.

Pearce, who would unfortunately endure a career-ending crash while training for the 2010 Winter Olympics, was hot on the heels of White, threatening to dethrone the king of competitive snowboarding. Pearce’s and the Frends Crew’s disdain for White could be felt on a visceral level, nowhere is this more apparent than in the 2013 documentary The Crash Reel, a film about Pearce’s accident and recovery in which he sounds off on their bitter rivalry.

While the White-Pearce rivalry didn’t register to the mainstream, it did create a buzz within the industry and to more core participants. For the first time in years, White’s dominance was being challenged. Modern snowboarding had never enjoyed such a rivalry and for a brief time it seemed that both mainstream and core audiences were paying attention to competitive halfpipe, even if the latter was only watching in the hopes of seeing the greatest competitive snowboarder in the history of the sport fall from his overwhelmingly high tower. Vengeance is sweet, and everybody, especially snowboarders, seem to love an underdog. 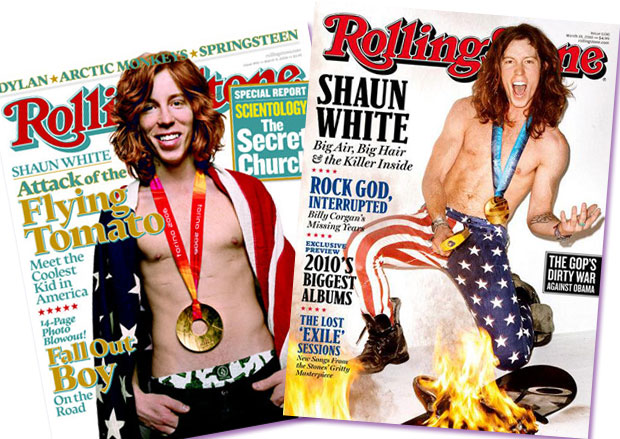 White, who was painted as the big bad wolf in a lot of ways, made a series of moves to further alienate himself from both his fellow competitors and core snowboarders. He started selling his signature line of clothing at Target. That brand was eventually accused of ripping off iconic and beloved skateboard artist Michael Sieben. He built a private halfpipe that was rumored to cost over a million dollars and reportedly made his girlfriend sign a nondisclosure agreement as to not reveal what tricks he was working on and he very publicly crashed his Lamborghini. Just owning a Lamborghini is enough to make most die hard snowboarders gag.

For all of White’s bizarre moves that seemed to bo soaked in celebrity and strangely at odds with snowboard culture, there is no doubt that White’s fame has had a profound impact on the sport. Much like Hawk in skateboarding or Kelly Slater in surfing, when a niche athlete finds mainstream success the whole industry, whether they like it or not, benefits. With increases in popularity comes increases in revenue. Even White’s main rivals all shared a title sponsor with him. What was good for the goose was certainly good for the gander.

It can be conceptually difficult to comprehend, especially with so much ingrained biases against White. But anyone in the industry, myself included, has profited from White’s success. There is no snowboarder on the planet whose celebrity has lifted the public awareness of snowboarding more. Some might argue that Travis Rice is a close second, but even with Rice’s moderate celebrity he’s nowhere near the mainstream success story that White is.

So what does this mean for where we are now? White, who’s now 31, is nearing the end of his competitive career. He was once unstoppable in multiple competitive disciplines and is still a competitive threat. But there is no question that two decades of competitive snowboarding has taken its toll on White, who has been plagued with injuries over the last several years. In simpler terms, White is still damn good, but he’s not unbeatable.

What does this mean for snowboarding’s popularity and growth? Losing White as a serious competitor will have repercussions, especially with no real viable replacement for the aging superstar. Skateboarding’s biggest star, Tony Hawk, had skaters following him like Bam Margera, Rob Dyrdek, and Ryan Sheckler, who kept the sport relevant to mainstream audiences by appearing in their own popular MTV series. Surfing, while still not having someone that has made as big of a splash as Slater, still has it’s fair share of mainstream ambassadors including acoustic sensation and former professional surfer Jack Johnson, John John Florence, and Laird Hamilton. Hamilton and Slater are both older than White, but have evolved their personal brands to markets outside of surfing including the health and wellness category.

Snowboarding is still a relatively young sport, but at this point it has no clear path for White to follow as there is no snowboarder that’s younger that has blazed the way for long term mainstream celebrity. Whether or not time will be kind to White like it has been to both Hawk and Slater, who both had core detractors, is yet to be seen.

For now it seems like snowboarding is in a downturn in terms of both popularity and pop-culture relevance, and while some of the core audience is happy the sport can now return to its founding ethos as a fringe counter culture activity, others are looking for ways to continue the 25 years of unrivalled growth that snowboarding saw from the late 1980’s to the mid 2000’s. Skateboarding has surely had its economic and popularity boom and bust periods and it’s possible that snowboarding will find its footing and rebound, but that rebound would certainly be quicker if it was ushered in by someone that had the same star power as White.

For now White will continue to be a divisive figure. Love him or hate him, he’s our biggest star. Snowboarding is in an interesting place, a time of rediscovering what is important and for the first time in a long time, reshaping itself and its foundation. A foundation that was quickly, and sometimes haphazardly, shapped during the initial economic boom.

While there’s no telling if we find another star like White to carry the sport, as those talents are rarely manufactured, maybe we can all hope that if we do find ourselves in the midst of another snowboarding superstar, he (or she) will learn from the triumphs and missteps of White, representing snowboarding to the masses without sacrificing legitimacy amongst the sport’s core.