For Every Puffy Jacket This Company Sells, It Gives a Coat to the Homeless 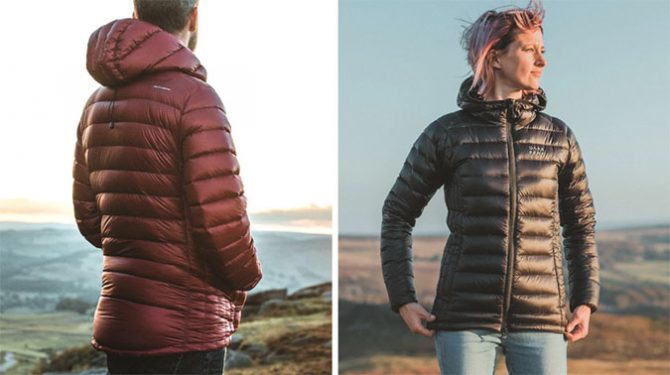 For every puffy Dark Peak sells, the brand is giving a jacket to a homeless person. Photo: Dark Peak

If there’s one thing that gets me in my heart of hearts, it’s the homelessness problem in America. We’re the richest country in the world. Yet our homeless population is still one of the largest in the Western world. And between 2016 and 2017, the rate of homeless unaccompanied children and young adults increased by more than 14 percent. Call me a bleeding heart (I’ll own it), but it’s beyond comprehension to me that this stuff still happens.

So when a company comes along that puts its resources into the issue, I can’t help but stand up and say, “finally!” Dark Peak is an English brand started in November of 2018 whose mission is to build a durable, lightweight puffy that won’t break the bank. I’ve actually been trying one of the Dark Peak NESSH puffies and it’s a sweet jacket. It’s just 12 oz., so it’s really lightweight but with 850 Fill goose down, it’s super warm and goes well in winter weather under a shell, especially if you’re riding lifts. Chest pockets, wrist gaiters and a two-way zipper make it user-friendly and the company’s intricate size guide means you get a jacket fitted to you (Dark Peak jackets run a bit smaller, so consider getting a size larger than you would normally wear).

I’ve started to really hammer on the thing and no issues so far. One thing with puffies regardless of brand, as warm and important as they are in the layering department, they tend to rip when brushed up against bushes at high speed, or tear on doors and such. I haven’t seen that yet but expect it at some point thanks to the light weight. So, a little disclaimer there–I always keep a patch kit in the backpack.

With that said, the Dark Peak hooded down jacket is solidly-built and runs about $230. But where Dark Peak separates itself is with its “one sold, one given” campaign. For each jacket they sold on their Kickstarter campaign, which is fully funded now, by the way, they give a jacket to the homeless. “The jacket that we give away is a different jacket to the down filled ones we sell,” Dark Peak’s Laura Saurus told me. “It’s specially designed to be as warm and hardwearing as possible so that it’s more suitable for somebody living on the streets. It also has a load of different design features like big pockets and a deep drawstring hood as well as being cut longer in the body to stop drafts. It has a water-resistant shell combined with a synthetic insulation fill that retains insulating properties when wet.” In the U.S. Dark Peak works with the nonprofit, OneWarmCoat.

So you can see, this company gives a rip about the homeless problem in the world. The jacket is given away to a needy person in the country the Dark Peak puffy was sold. Pretty damn cool, and something that’s easy to get behind.