Gear We Seriously Test: The Zenbivy Sleeping Bag Feels Like a Bed In the Woods 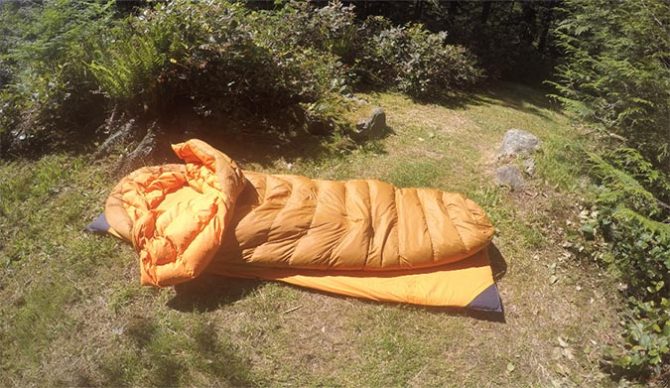 Last week, whilst trudging around the British Columbia wilderness, I had the pleasure to test sleep the Zenbivy, a new startup sleeping bag concept from designer Michael Glavin. Most of the time, when I’m on a feature project or location shoot and camping–which happens more often than not–I’ve resigned myself to the fact that sleep is not important, simply because you have to pack so light when you’re away on a project, lugging camping and camera gear.

So small sleeping pads and bags are a must. The only problem? If you’re like me and roll around like an unchained dog at night, you’re off your sleeping pad midway through the evening, constantly waking up to realign yourself with the pad. It’s a frustrating scenario and you often end up suffering for it dearly when you return home, sleep deprived and completely sapped of energy. 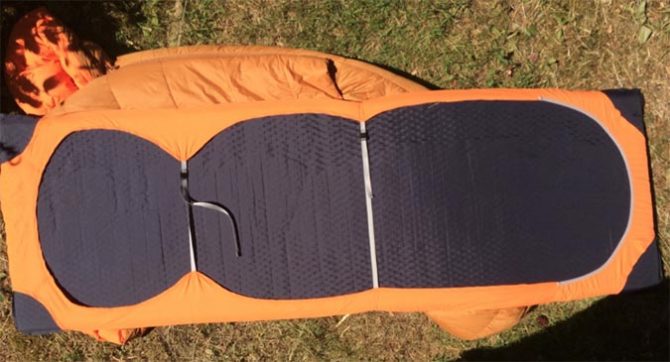 Pardon the cliche, but I’m thinking that’s where the Zenbivy comes in. I will say, it’s not a new concept: there have been sleeping bags made before that attach to the sleeping pad to avoid the disjointedness that comes with such equipment. But the Zenbivy actually attacks this notion, and the mummy bag in general, which, while warm, often lacks of comfort. The Zen sleeping bag is a quasi-quilt and is seriously comfortable, no bullshit. And with a series of zippers placed in ingenious locations, it allows one to adjust the temperature of the bag by creating draft, or shutting draft off completely. You can also just float the quilt on top of you if you’d rather not use a traditional sleeping bag set up (see video, below). The Zen fits a 20-inch inflatable pad and secures itself to it with holes designed into each corner and secured with nifty tie downs that hold the bag in place.

The pillow system is rad as well. There’s an inflatable pillow that comes standard and is bolstered with a smartly-designed integration with the sleeping bag’s hood, the combo of both matches, as closely as possible, the feel of a pillow in your own bed (not that I know what your pillow feels like).

The Zen Bivy is made with 700-fill, HyperDry Fluorocarbon-free, water-resistent down and a polyester pongee sheet: tech talk that simply says this thing is well thought-out and brings comfort into a tight package.

Here’s my one concern: a bivy, or bivouac, in its true form, is a one-person tent able to resist water and moisture almost completely (believe me, I’ve worn through too many to count). You just stuff your bag and pad inside the “bivy sack.” Despite the name, this is not a bivy. You can’t sleep in the pouring rain in this thing or even get it exceedingly wet in places with high humidity–it must go with a tent or a seperate bivy altogether (I tested that out). But, the thing folds down to a two-pound freakin’ bundle and is extremely packable. If you’re backpacking in the Sierras or Rockies, where summer humidity is almost nill in July and August and the weather forecast looks good, you’re fine. Otherwise, it’s so damn comfortable it’s woth packing with your lightweight tent.

I can see why Zenbivy went this way though: this piece reaches a much larger market than a single person bivy sack and bag. And mybe they’ll offer that feature down the line?

For now, the Zenbivy bed is what it is: one of the most comfortable sleeping systems I’ve ever used in the backcountry.