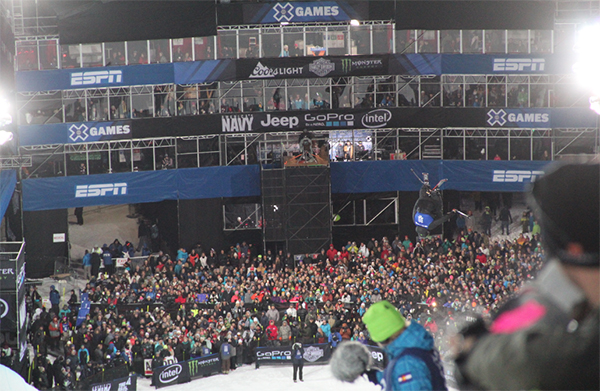 Kenworthy pretty much had everyone’s attention.

Sometimes, even the best can lose on a last second shot. Gus Kenworthy, who was vying for his first X Games gold medal, lead the whole way through the competition but lost to France’s Kevin Rolland on the final run of the Superpipe Contest Thursday night—one of the weekend’s premiere events.

Kenworthy skied with complete ease and fluidity, and looked like he had that gold wrapped, even telling Alyssa Roenigk in interviews between heats that he felt like he’d gotten a weight off his shoulders and was skiing without fear in the gigantic halfpipe at Aspen’s Buttermilk Resort. Last year, Kenworthy announced that he was gay in a story Roenigk wrote for ESPN the Magazine. He was hoping to end his X Games gold drought this year and said in the story this is the one contest he never felt comfortable at while he was still in the closet. “It was such a window into who you were,” he said of television productions where cameras flashed to girlfriends of competitors. “The X Games has been the death of me. I’ve won every contest on tour and medaled at the Olympics, and I’ve never won a medal in Aspen.” 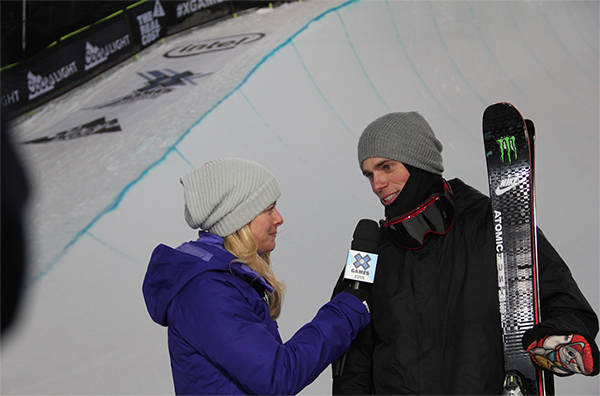 So then came Rolland’s Hail Mary—he actually has two silvers and two bronze medals in Superpipe so his win wasn’t exactly out of nowhere. He threw a switch double 1080, right and left double cork 1260s and a huge down the pipe 1080—those numbers might not mean all that much to the common viewer but trust us, dude was getting way above the coping.

Despite the loss, Kenworthy handled it with class. “I’m stoked on silver, it was such a good night,” he said after.

Kenworthy will have another shot at gold in slopestyle later this weekend. He’s the only skier in Aspen who’ll do both events. 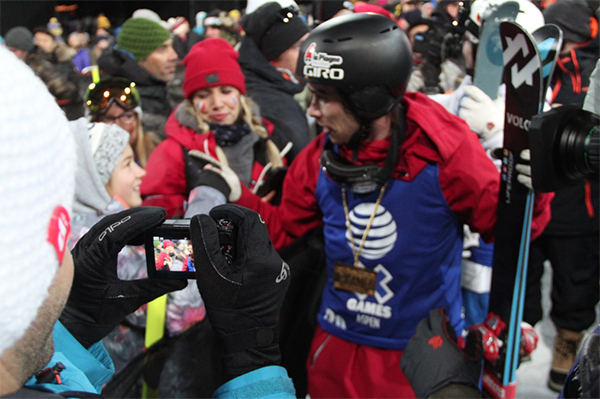 In the end, Rolland had the Kodak moments. Photos: Carberry