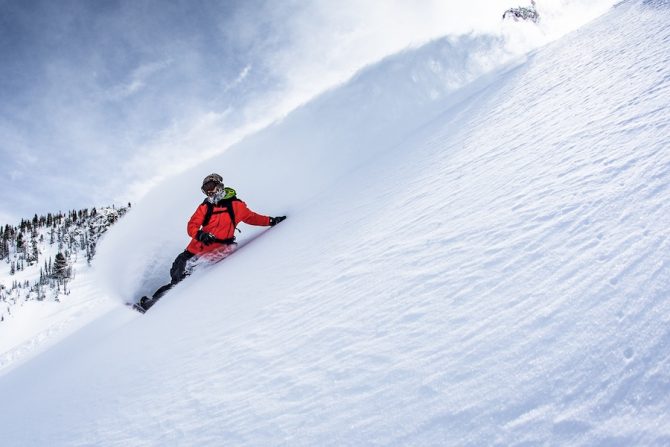 We’re not ready for the season to end yet. Photo: Andrew Miller

Editor’s Note: According to the list at OntheSnow, there are no ski resorts that remain open in North America.

As you may or may not have heard, most of the major destination ski resorts in the country have shut down due to the Coronavirus pandemic. More than 5,000 people have tested positive in the United States with that number expected to grow.

To help curtail the spread of the virus, most major destination ski resorts shuttered lifts for the season as those mountains generally receive a high number of travelers from around the country, and the world, making it a common sense gesture to protect the general population.

It sounds a little bleak. But we’ll make it through this. While some urban areas with high population densities are calling for voluntary lockdowns, most smaller cities and rural areas are just being reminded to practice social distancing. With kids at home because of school, a lot of folks are going crazy! But there’s hope. Many town mountains, that just service local communities are still open and the good news is they’re mostly cheap and because of the virus spread, are staying with social distancing protocols by allowing snowboarders and skiers to ride by themselves on chairlifts (or less than capacity to keep the three to six-foot distance). There are some, like Boise, Idaho’s Bogus Basin, that closed today. That said, OnTheSnow is providing an updated list of town mountains that remain open. This doesn’t mean you should get on an airplane and travel to them, either. It’s just an update of which mountains remain open in your particular area (find it here).

Idaho still has a few resorts open like Pebble Creek, Pomerelle, Lookout Pass and Magic Mountain. Brian’s Head is still holding it down for Utah while Dodge Ridge remains open in California and Mt. Hood Ski Bowl is still rideable in Oregon. A number of small resorts on the East Coast, British Columbia, and Alberta remain open for business

You can find a full list of open resorts here but keep in mind, the situation could change any minute so be sure and stay up to date.