Here’s What I’m Doing to Raise a Rad Little Girl that Plays Hard; Tell Me If I’m Blowing It 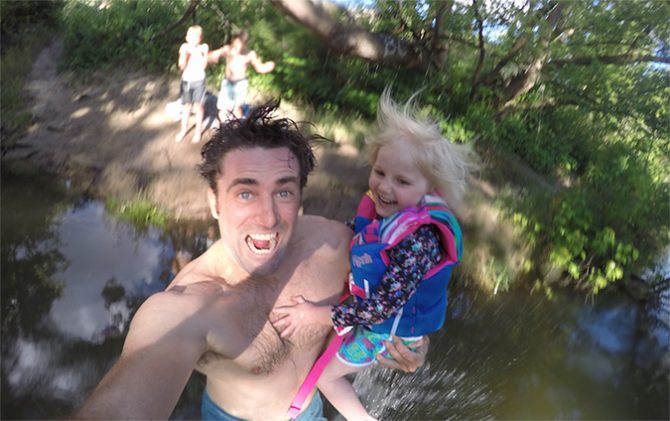 I’m deep in the throes of fatherhood these days. Deep. Three deep. Two boys and a girl. And the boys are tough. But they kind of need the same things I do. So I won’t say they’re easier—just somewhat straight forward. They need to eat, they need a place to sleep. And they need to play, and in our family that usually means rivers, oceans or mountains. They’re strong, wild and in complete control only about 70 percent of the time. They go hard surfing, paddling or riding—snow and trail. I do too, so it works out. Our emotions are simple to keep even: encourage each other, push (not too hard), have fun and don’t be mean. And when you are, say sorry.

But raising a young lady in the modern world is different. Or maybe I’m just more wary of it. It might be because the emotions are more complex, or maybe they’re just emotions I know nothing about, because, well, I’m a man, and she’ll be a woman. Regardless, I just really want her to go for it, charge hard, never give up, push through adversity to be the best fill in the blank she wants to be. I’m here to facilitate it. And by the time she’s a young woman, I think times will be much different then they are today. As a father—one who works in the media—seeing things like Baylor University head coach Art Briles being fired after a sex scandal rocked the school (by all reports, the institution turned a complete blind eye to the safety of its female students in order to win on the field) and the Bill Cosby case and the NFL problems; it gives one pause about the world and the sexual mine fields young women must negotiate.

As a dad, I’m just doing my best to enable her to do whatever it is she wants, with no limits. Here are a few other things I’m trying so maybe she’ll be a powerful, confident woman who loves to play outside. 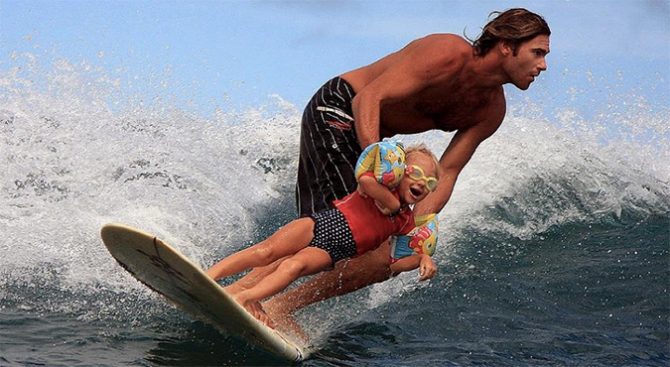 Including Her and Letting Her Have a Say in the Plan

This is kind of easy because Anna always wants in. She demands I pull her in the bike carrier following her brothers, no matter where we’re going: for a surf in the ocean or a swim in the river. She’s in. But I guess what I want her to know at a young age (she’s almost four) is that she has a voice. Her opinion matters. What does she want to do? Should we ski? Should we surf? Should we just walk to the park? I make sure her voice doesn’t get drowned out by the ruckus created by her sometimes-dominant older brothers.

I Try to Encourage Her to Challenge Herself, Physically

Anna’s a charger. I’m always trying to let her send it if she feels comfortable. This winter, with a snowstorm blowing us off the mountain, I asked her if she wanted to try skiing between my legs on a pretty gnarly rope tow at this little town resort we were at. She balked for a half second and I was like, ‘I’ll carry you up and hold onto the rope so you don’t have to ski uphill.’ She was in. Sometimes, gentle negotiation within that encouragement goes a long ways, too. 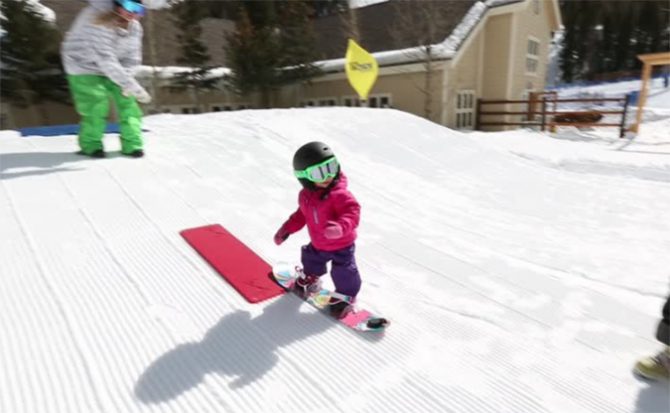 Limit Her Access to Social Media and Media In General

I love the way social media is empowering people these days, not just women. But to the point here, there’s some women like Bethany Hamilton and Hilaree O’Neill I’d love to have my daughter watch online exclusively. Unfortunately, that’s not what she’s going to find exclusively online. Sex sells, but I guess I don’t want it sold to her. I’d like her to wear what she wants because she felt like it that day, not because she saw someone dress like that on a social channel. I want her to be proud of her body. Really, who gives two f*&*# what you look like, just get out there and rip, have great relationships in your life, enjoy your work and things will be alright. And she’ll be able to develop those relationships and passions just fine with less social media. 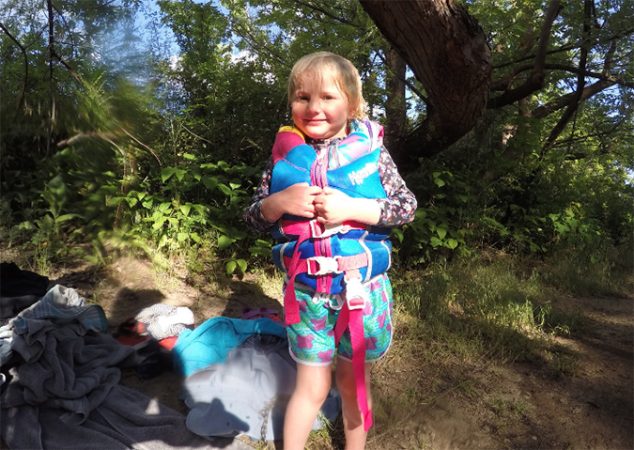 The World is Her Oyster, But Be Willing to Examine It

Are all fathers a little insecure with the aforementioned sexual mine field of our modern world? And how women have to navigate it? I don’t even like talking about it but I have to be the first to admit that it’s different for them. I want Anna to have the best possible relations with all her friends, her family, everyone she knows. People besides me are going to make her a better person—and a better athlete. There’s no denying that. And the relationships and bonds we create with people are the reason we play outside. I want her to be open with people, but curious—maybe skeptical—in how she approaches the human race. You never want your children to be cynical with humanity. Just be curious about the nature and motivations of others. I’m still working on implementing this one as it hasn’t come up yet. But I think about it. More often than I’d like.

This is how I’m going at it now. It could all change next week if I find out it isn’t working. And I’m always open to suggestions.