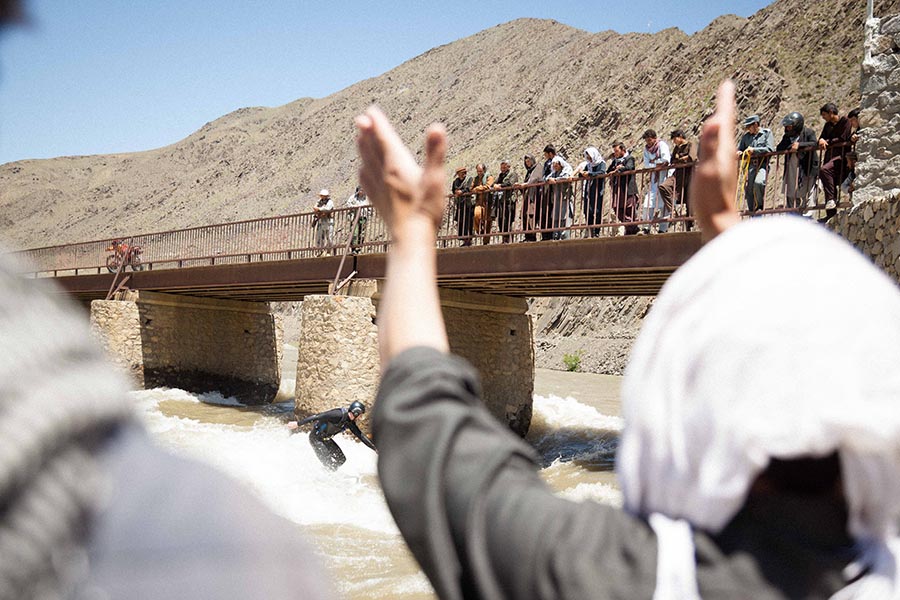 Surfing in Afghanistan is more about the crowds than anywhere else in the world. 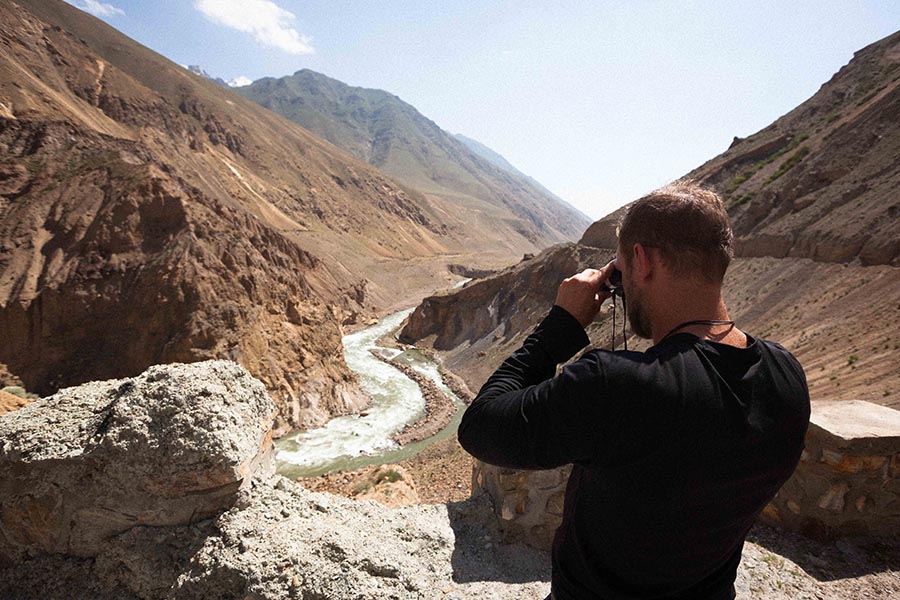 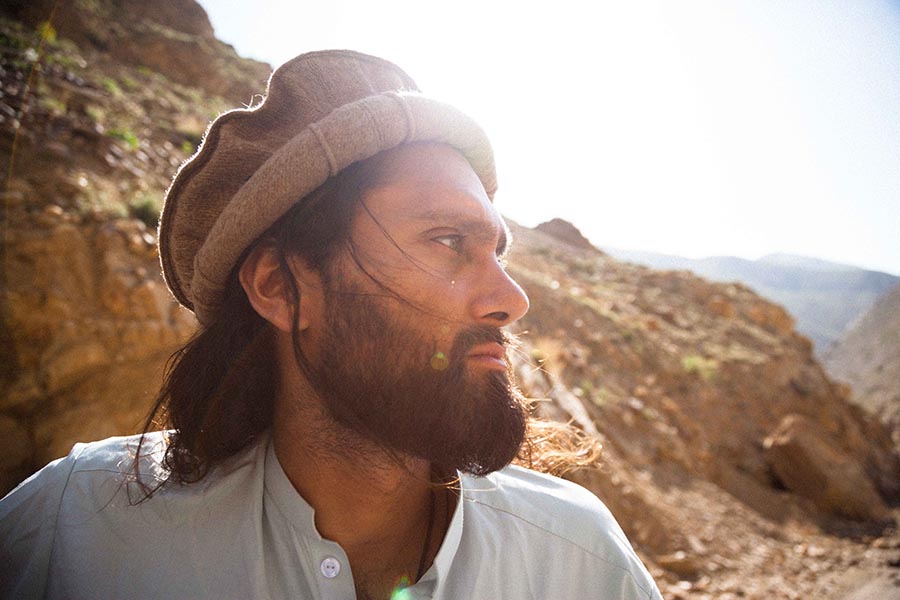 Afridun Amu wants to bring joy to his war-torn nation. 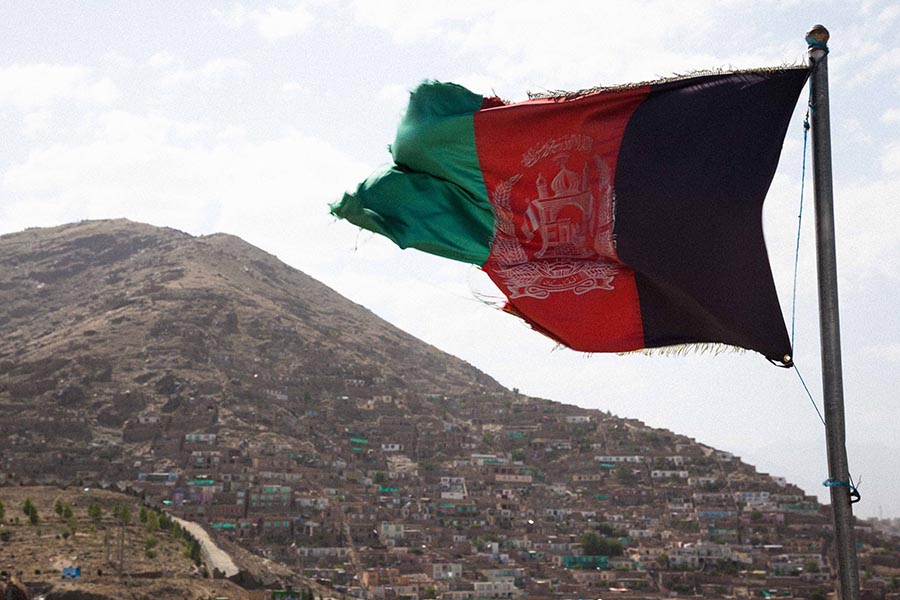 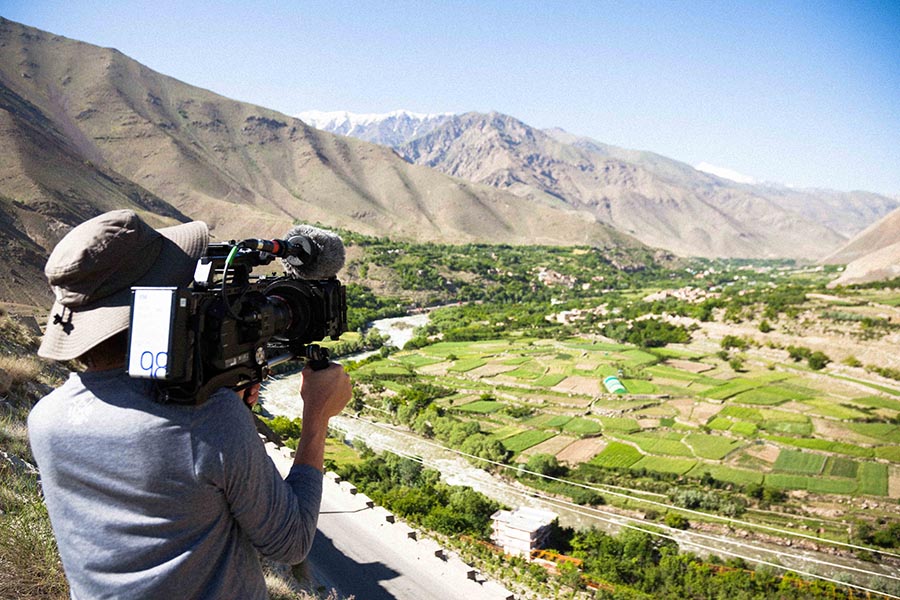 From this view, Afghanistan looks rather tranquil. 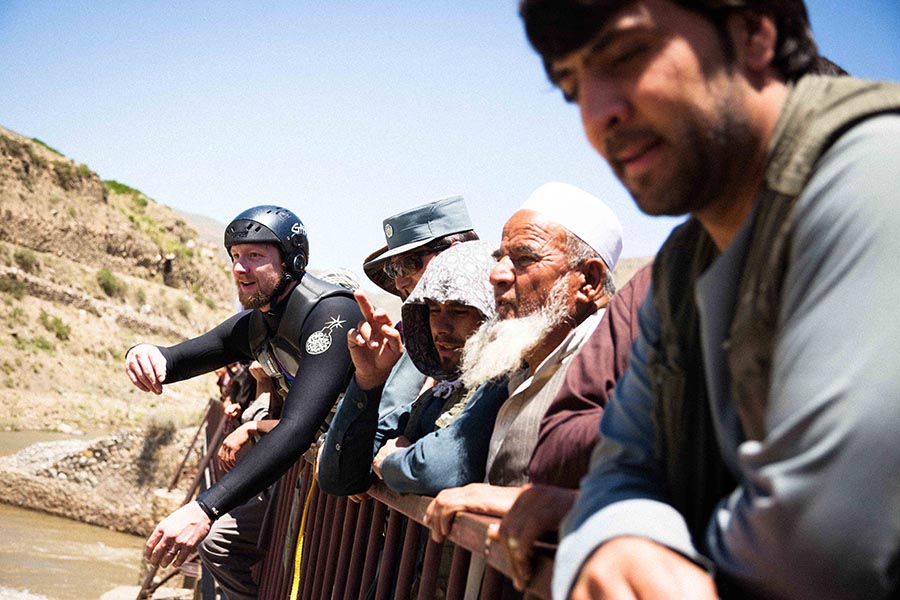 The people were decidedly "stoked" on the sport.

For decades now, Afghanistan has been torn apart by war, fractured and divided by invasions and tribal conflict. But like any place on Earth, the heart of the country is in its people. And the people of Afghanistan are inherently good. Many of the country’s natives have left seeking asylum, spending their lives away from their home and its beautiful mountains and rivers. But that beauty never seems to leave them. And they work to bring joy back.

Thus is the way of Afridun Amu, a surfer who was born in Kabul. His father was a diplomat stationed in Moscow, Russia but Amu grew up in Germany when his family moved there as political refugees in the early 1990s. He learned to surf in France in his teens and it stuck. It’s always been about “fun” for him. In 2017, he represented Afghanistan at the ISA World Games. For the 31-year-old, representing Afghanistan was about showing people there’s more to his home country than war and terrorism. And his dream was to bring a sport that brought him so much joy back to his homeland. Afghanistan is obviously landlocked. But riding a board on water isn’t as much about the ocean as it once was (the Surf Ranch has shown us that). For years, landlocked surfers have found extreme fun in riding river waves. And now there’s a movement to build in-river features and standing waves for people to ride all over the world.

Afghanistan is at the foot of the biggest mountains in the world, with some of the most diverse river drainages on the planet. So through his networking in the surf world, Afridun hooked up with a crew of river surfers and they put a trip together to bring the sport to Afghanistan. The crew included Vancouver, B.C. native and Surf Anywhere’s Jacob Kelly, artificial wave builder and surfer Benjamin Di-Qual, German filmmaker Nico Walz and Ehssanullah Aghbar, president of Afghanistan’s Peace and Sport Council. Together they searched one of the largest river drainages in the region for waves. When they found something to surf, they’d stop, scout, get in the water and watch in wonder as the crowds became incredibly enthusiastic.

“Having surfed a lot of river waves, having people watch from the bank is nothing new but this was the first time it was more about the people on the sidelines than about what was going on in the water,” Jacob told me in an email. “I spotted this one wave train after a bridge that looked like nothing from the road but I was done being locked in the truck and needed to get wet. By the time we suited up and scouted the section for hazards a school across from the wave let out a crowd of kids that lined the river bank. When I finally got to my feet and made some turns on the bucking river bowl I just kept thinking this is for them not for me. After each surf, the boys would come up to give me words of encouragement. Well, I could only assume as I couldn’t understand them, but we connected on a level beyond words (mostly high fives and fist bumps).”

Afghanistan is obviously still in the midst of political and military unrest and its people face massive poverty because of this (and other political reasons) so the team relied heavily on Aghbar to lead them in the right direction, away from any military movement or danger. “We focused our journey strictly on the Panjshir River Valley (in north-central Afghanistan) away from major cities and up in the mountains,” Jacob said. “We chose it more for the incredible river that runs through the area but were lucky that it hadn’t seen much conflict. We were also very fortunate to meet up with Ehssanullah. His father had something of a legacy in the area and although he wouldn’t start with that when confronting the locals that had a problem with us being in the river, when his father did come up in the conversation a lot of times the locals would show calm and express their respect for his father and their family.”

There was more than one tense situation. “One time, when we were in the water trying to surf a wave and amongst all the cheering locals one guy takes out a gun and points it at us,” Afridun told me. “We had no clue why. Luckily the locals we were with could calm down that crazy guy and eventually everything went fine.”

Now the work starts. Nico collected most of the footage–and was gracious enough to make us a cut, above. But the team is working on a crowdfunding campaign to get a documentary done about the area to, yes, show off the river surfing opportunities, but mostly just to paint a picture of what a beautiful country Afghanistan is beyond its reputation as a war-torn region. It’s a labor of love. And when I asked Afridun why he was doing all this, his answer was simple: “To bring a drop of joy to people whose right to joy has been forgotten.”