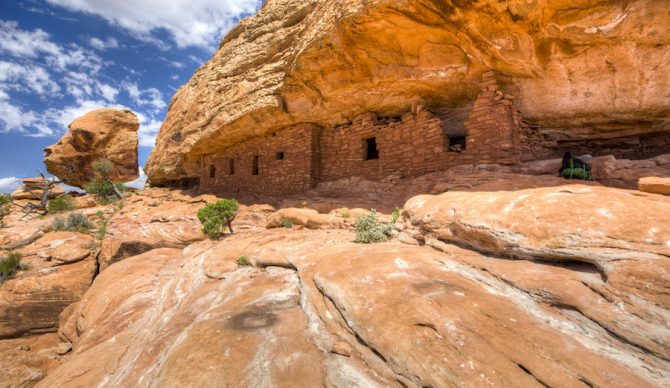 Interior Secretary Ryan Zinke has recommended to the president that the size of a handful of national monuments be reduced including Bears Ears in Utah, pictured here. Photo: US Department of State

Following a review of more than two dozen sites, Interior Secretary Ryan Zinke recommended reducing the size of at least three national monuments, according to reports. Secretary Zinke stopped short of suggesting any national monument designations should be removed.

As rumors about Secretary Zinke’s potential recommendations have swirled in recent months, environmentalists have been particularly active trying to galvanize the public to voice their concerns should national monuments lose their designation or be reduced in size.

“Zinke has said he believes in public lands,” says Patagonia founder Yvon Chouinard in the ad. “Let’s hold him to it.”

For now, the Department of the Interior has not released any further details on how a reduction in size to national monuments might be rolled out. Nor has the department made the report given to the White House publicly available. A two-page summary obtained from the department website offers little information.

“No President should use the authority under the Antiquities Act to restrict public access, prevent hunting and fishing, burden private land, or eliminate traditional land uses, unless such action is needed to protect the object,” Zinke said in a statement.

“The recommendations I sent to the President on national monuments will maintain federal ownership of all federal land and protect the land under federal environmental regulations, and also provide a much-needed change for the local communities who border and rely on these lands for hunting and fishing, economic development, traditional uses, and recreation.”