Jeremy Jones on Climate Change: “There’s No Time Left, We Must Reduce Our Carbon Footprint Now” 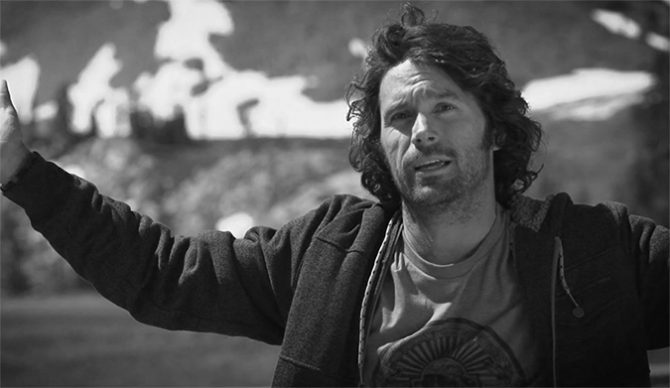 Editor’s Note: On August 18, The Inertia’s EVOLVE Summit will celebrate individuals from the surf and outdoor worlds that use their influence to make a positive imprint on the world. Jeremy Jones has definitely made an impact on the health of our environment. The accomplished snowboard mountaineer and owner of Jones Snowboards created Protect Our Winters in 2007 to fight climate change and bring that fight to the masses with the help of others in the ski and snowboard industry. Jeremy will be speaking with Greg Long on how we can make a positive impact on the environment at this year’s EVOLVE Summit. Get tickets now and enter code LASTCHANCE at checkout to receive $25 off until August 8th.

I founded Protect Our Winters when I started seeing changes to the snow. But now, honestly, riding powder is the least of our worries. Climate change is happening faster than we ever thought possible. We need to act on it now or we’ll have a runaway climate catastrophe.

The issue is so much bigger than ski areas closing. Globally, we could lose 85 percent of all glaciers in the next 50 years unless we drastically reduce emissions. Over 1.6 billion people depend on the 70 percent of water stored in glaciers for freshwater. Ultimately, 700 million people could have to migrate by 2030 due to lack of water access. In Colorado alone, four out of every five glasses of water filled up from a tap originated as snow.

Which is where we get into politics. I didn’t think we’d ever have to go there. But it’s clear the frontlines to totally embrace these solutions are with the politicians, which is why at Protect Our Winters, we started a 501(c)(4) sister organization called the POW Action Fund, which allows us to be vocal in elections. Because at the end of the day, a big part of the problem is the federal government. Fifty-one percent of politicians are funded by the fossil fuel industry while coincidentally, 53 percent of representatives currently in office are climate deniers. You can see where this might be a problem when trying to make real policy changes to help stop this. We’re on a 30-year plan to affect climate change and we need to be on a five-year plan or we’ll be lost. We’re in the eleventh hour and we’ve known this for a while.

So this is where stuff gets tricky. The change has to be big. While it’s great to cut back our footprints individually, the reality is that it’s not going to get us to where we need to get, especially in the amount of time we have. Emissions from coal-fired power plants last year were over 1.7 million metric tons. There is no competing with that. We need to cut way bigger slices of carbon out and quite frankly, we need to start putting a price on carbon.

And we can’t have apathy anymore. If you’re a hippy living in a tree, not voting, not getting your friends to vote, you’re blowing it. We’re so far off the charts and it’s absolutely urgent to transition away from fossil fuels, right now. Our whole grid needs to be changed because it’s not happening fast enough. This last election, 165 people tied to the fossil fuel industry spent $900 million on getting climate deniers elected. Everybody’s in except us. China’s gone all in and they’re kickin’ ass, creating jobs, using way less fossil fuels. As a result, fewer people are getting asthma, pollution is down. And I think that’s the saddest part: America, a country based on innovation, is stuck in the past and it’s crippling our country and the planet.

That’s what Protect Our Winters is about. We market climate change to inspire people to take action, and then we provide them with the tools and guidance they need in order to do just that. We make films, we’re super active on social media, we keep people engaged on what’s going on and give them direct and immediate ways to use their voice. We’re storytellers, trying to inspire action through marketing on the platforms people are on. That’s what makes POW different than other organizations out there. We meet people where they are and we make it easy. We understand the media and how to use it to affect change. And the change has to happen now.

Get tickets for our inaugural EVOLVE Summit now and enter code LASTCHANCE at checkout to receive $25 off until midnight PT August 8th, while tickets are still available.