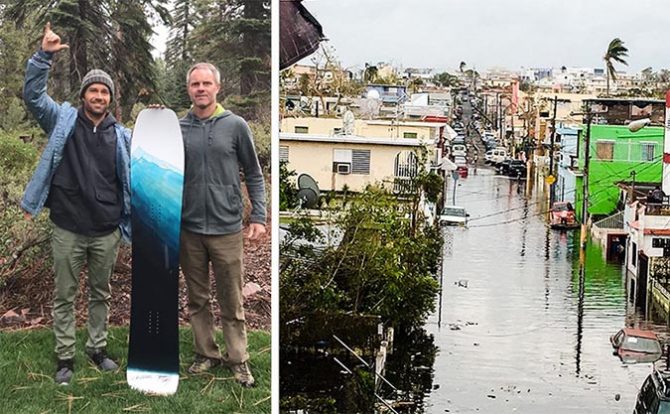 A snowboard that’s only been ridden by three people is being auctioned Caribbean relief.

Perpetual good human, environmentalist and professional snowboarder Jeremy Jones has teamed up with Protect Our Winters (POW) to auction off a one-of-a-kind prototype Jones Snowboards Mind Expander to raise funds for those affected by Hurricane Irma.

“Caribbean local, Otto Flores reached out asking for help,” said Jones in a release. “It sounds like fresh water is the first hurdle to overcome. The locals say Waves for Water is kicking ass getting filters out but they need more resources. So from the mountains to the tropics, here is a little help. Godspeed!”

Jones and POW put out the release earlier this week as Irma and subsequent hurricanes have had a devastating impact on the Caribbean and the continental United States over the last few weeks. 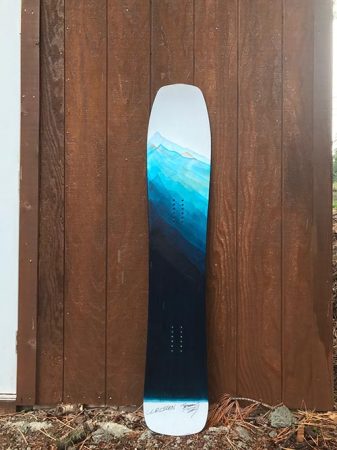 The Mind Expander is a new model Jones Snowboards is releasing this season. “This is one of three of the original Mind Expander prototypes,” he said. “It is a board I have been working on for years with Chris Christenson.” Apparently, Jones, Christensen and Matt Baker are the only people to have ridden it.

Follow the link and make sure to get your bid in as not only will you be entered to win a truly special piece of snowboard history, you will be standing with those affected by the recent tragedies.