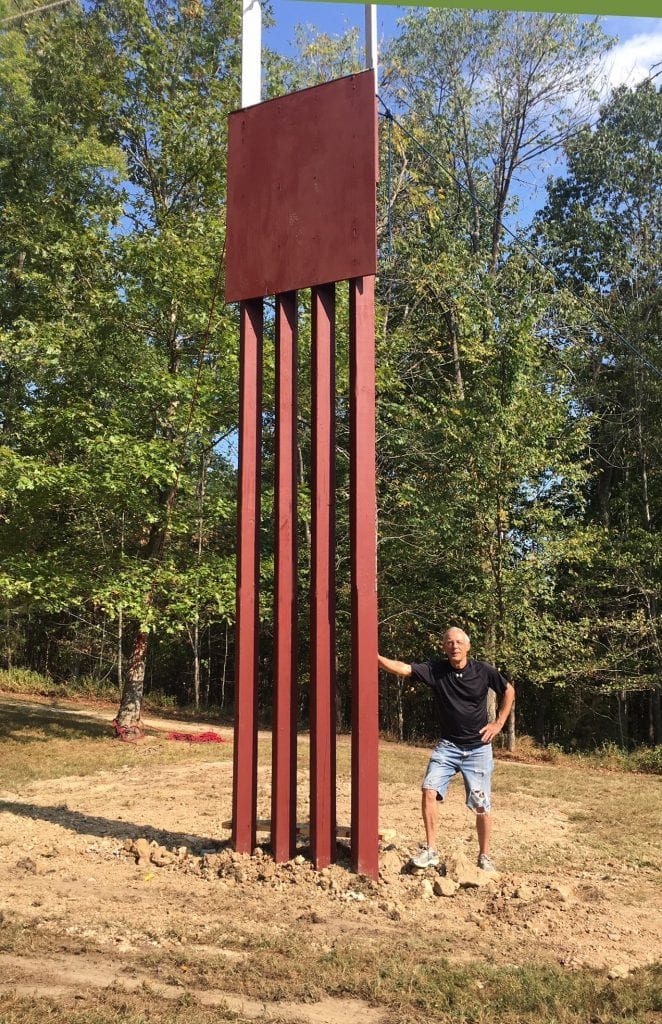 Politics in America seems like one big parody these days, doesn’t it? The rhetoric that has spewed from the highest office in the land over the last few years has made the lives of comedians and late-night talk show hosts so much easier and re-birthed the careers of actors like Alec Baldwin, who created an institution with his Trump impersonation for Saturday Night Live.

I don’t need to name them all here, but the latest comments spurred the comic sensibilities of climbing enthusiasts in the best way (more on that in a minute). You may recall, at the end of September, we reported that the president had traveled to the San Diego neighborhood of Otay Mesa to check on the progress of his new, and improved border wall? “We had 20 mountain climbers,” said the president. “That’s all they do, they love to climb mountains. They can have it. Me, I don’t want to climb mountains… We gave them different prototypes of walls. This was one of the hardest to climb.”

President Trump: “We had 20 mountain climbers. That’s all they do, they love to climb mountains. They can have it. Me, I don’t want to climb mountains… We gave them different prototypes of walls. This was the one that was hardest to climb.” https://t.co/pqy4GvRgcu pic.twitter.com/goYSuxfZC7

The soundbite was presumably aimed at downplaying the fact that putting $60 million into a border wall that could be easily climbed might be a bad idea. And the actual climbing community let him have it, as no one had heard or talked to these “20 mountain climbers” supposedly solicited to test climb the wall. Blowback ensued because many professional climbers assumed someone would have said something about it to friends, or posted about it on social media or even on climbing-specific forums.

“I absolutely have not heard of anyone testing sections of the border wall,” said Kyra Condie, the second-ranked American climber in women’s bouldering. “It would even be hard to find any of us willing to do anything to help Trump and his efforts in any way.”

Well, now someone in the climbing community is ready to join the crowded lineup of folks eager to parody the President. According to a post on Rock and Ice magazine’s website, Rick Weber, a retired engineer, climbing instructor and a man with a solid sense of humor has erected a border-wall replica on his land near the Red River Gorge in Kentucky and will host a climbing competition this weekend.

“No one in our climbing community knows any of these 20 mountaineers,” Weber wrote. “I doubt if they exist. More importantly, to declare something to be impossible to climb to a bonafide rock climber is to issue a challenge.”

So Weber pulled it off and built his own wall which will be used for the sport climbing comp. “The configuration and design is dimensionally identical to the 18-foot version of the bollard wall (vertical steel square columns) now being erected along our southern border,” Weber said. “With volunteer help from a few climber friends, I built and erected the section of wall over a four-day period.”

The competition will run in conjunction with Rocktoberfest, which celebrates the Red River Gorge, a fantastic climbing area and will apparently include different categories. But it sounds like it’ll mostly be a party, bringing the climbing community together.

Yes, Americans may differ deeply with regards to political views these days but one thing that bonds us is our appreciation for parody and this one is fairly genius.