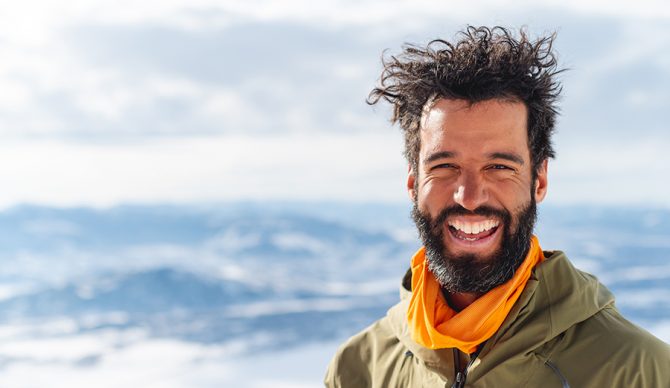 How do you define a champion?

It’s something I haven’t thought about often in my life. If someone were to ask, I’d probably say it’s a person who emerges victorious amongst a group of people trying to achieve a similar end. In sports, we have the Olympics to determine the world’s best on snow. Say what you will about the commercialization of the Games, but for athletes, it’s easily the greatest gathering of athletic talent on Earth.

To that effect, just holding the title of “Olympian” is a victory in itself. A champion, though, is another level altogether. But, after learning about Benjamin Alexander (aka, Benji), you might see achieving champion status differently.

Alexander was a world-renowned DJ for over 10 years. Hailing from the UK, the handsome, suave gent played the decks at some of the world’s finest clubs. As the music curator for the legendary Burning Man camp known as Robot Heart, Benji was responsible for more than a few epic, deep-playa sunrise dance marathons in the Nevada desert. Yet the jet-setting superstar DJ role became stale to Benji (now 38). He was looking for a new challenge.

We met at an event in Revelstoke, British Columbia called SendIt. The gathering is a yearly rendezvous for a group of friends that span the globe and fit the cliché of work hard, play hard.  Freshly introduced, we rode up the chair together and Benji told me about his goals to ski for Jamaica in the 2022 Olympics, right after telling me that he learned to ski only two years prior.

I thought it was pretty cool.

Then I saw him ski.

His form was reminiscent of many I’d seen on the slopes before. They’re usually out for a vacation, more concerned about crushing beers and getting a goggle tan than actually crushing any good lines on the mountain. But what he lacked in technique, he made up for in tenacity. I could see in his eyes that he was dead serious in qualifying for the Olympics. He earned my respect.

Benji’s first official race was in January 2020 and he lacked an important piece of equipment: a race suit. And probably his most important piece of equipment — his skis — had a turning radius that was three meters wider than the rest of the field. He also wore touring boots as opposed to the rigid race boots. But he finished the race — dead last — but finished all the same. 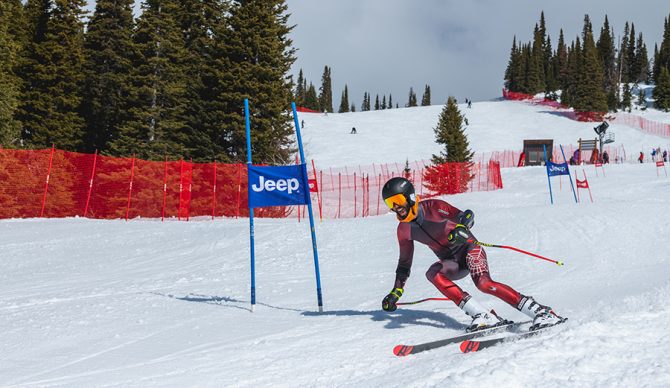 His next race was in Lake Louise. I happened to be passing through and was able to pick him up and give him a ride to Calgary after. I asked him how the race went, only to find out he was disqualified because he missed the first gate, having gone the wrong way at the start.

“I got in trouble for that because I didn’t even know that it was an FIS rule that once you miss a gate you don’t even continue in the course,” he told me as we reminisced over the phone.  “You just have to get out of the course. But that just shows how little experience I had. I had no race coaching at all. I was Googling things like ‘what is a delay’ and ‘how do you ski if the gates don’t change colors’ and ‘what is this thing?’ I had no idea.”

Two years later, he’s done it. At the eleventh hour, Benji garnered enough points on the FIS race circuit to qualify for the Olympics under the Jamaican flag, making him the country’s first competitive alpine skier (Eroll Kerr competed for Jamaica in Skier Cross in 2010).  And he’s come a long way. After seeing recent footage of him skiing, I can say firsthand that he’s starting to walk the walk (or is it ski the slope?) when it comes to becoming a bona fide racer. But at 6’6″, mocha-toned skin, and a posh London accent, Benji doesn’t exactly embody the stereotypical image one has of an elite ski racer. And that’s exactly the point.

“I think the incidents with George Floyd and all the Black Lives Matter protests has really helped me,” he said.  “The people have realized that the sport can’t continue — not only being elitist, but only being of one race. And everyone’s been so damn cool about it and so supportive. And I don’t know how many of these people thought that I would even get there, but the fact that someone was trying — they were so happy about it.” 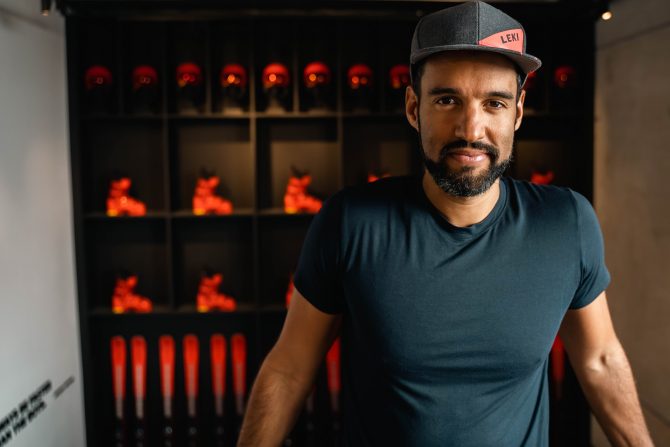 This guy’s all in. Photo: Noah Wallace

But for Benji, it’s not just an ethnicity issue. His goal is to inspire a nation that he didn’t grow up in yet still holds citizenship through birthright via his father. This road to the Olympics goes far beyond any egoic sense of telling others he’s been in the Olympics. It’s more to do with showing the next generation of Jamaicans that skiing can happen for anyone.

“I’ve been very clear with everyone: there is zero chance that I’ll be anywhere near the medals,” he said. “Zero chance. But what I’m doing is hopefully treading new ground that will help a future Jamaican get there in an upcoming Olympics. And that won’t be next year or the year after. It might be 20 or 30 years from now. If you look at the Jamaican Bobsled team who has been in every Olympics except for one since they started… and now our Jamaican bobsled team is top 30 in the world out of 70 or 80, and is getting medals at world cup events. That’s only possible because of what happened in 1988. I hope in 2044 or something, that someone says, ‘man, that guy in Beijing 2022 is the only reason we have a Jamaican ski team with five athletes competing right now.'”

Which goes back to how we define a champion.

“I think you gotta define winning right,” Benji says. “Being the first ever person to do something for a country and help the next generation stand on the shoulders of your hard work is winning of sorts. It’s not a gold medal, but it’s a win for sure.”