Murder of a Mountain Biker: The Remains of Hall of Fame Cyclist Mike Rust Were ID’d This Week 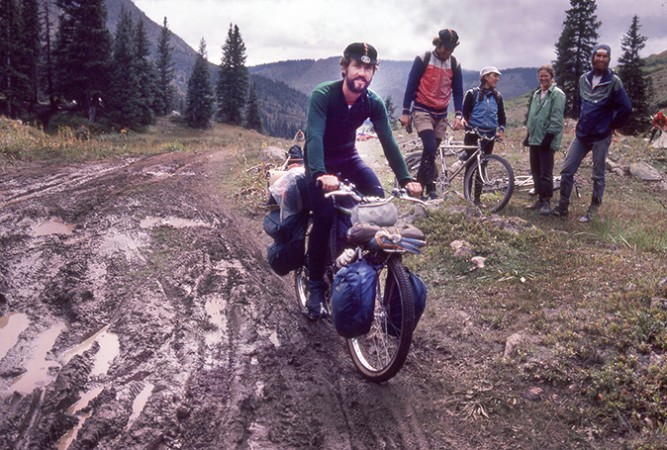 In 2009, in remote Saguache County, near Salida, Colorado, a mountain bike hall of famer went missing. A man who helped kick start a fledgling sport disappeared into the night. Like a thought through your mind. And not many people outside of Southern Colorado or within the mountain biking industry knew his name or his story.

This week, seven years later, remains found buried a few miles from his home in January after an anonymous tip were confirmed as Rust’s, and his family’s long, agonizing suspicions were confirmed: the innovative, 56-year-old mountain biker had been murdered.

The invention of the sport of mountain biking is a braided history with several different perspectives. But one thing is clear: it’s mostly American-made and became an international pastime, with two central movements: one in the steep hillsides north of San Francisco (Marin County), the other in a few select mountain towns of Colorado, namely Crested Butte and Salida. And Rust was at the center of innovation at the time in Colorado, making his own mountain bikes and experimenting with design, spending time in both towns. One of his innovations was the “shorty,” a frame built with tires closer together to navigate tough, tight trails, and another, a bike with a larger wheel in front for better maneuvering on rugged terrain. 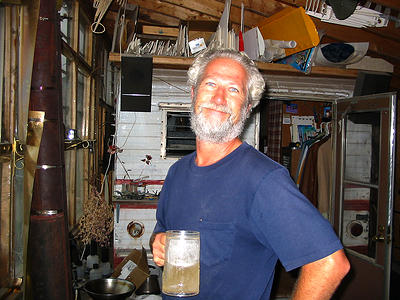 His work on frames and general fire and stoke fanned the flames of a revolution, which lead to his Mountain Bike Hall of Fame induction in 1991. He was the ultimate character. He rode vintage high wheelers, fixed gear bikes with huge front tires that were extremely difficult to ride. And he was anything but mainstream.

He sold his custom frames at the Colorado Cyclery, a shop he owned with a partner in Salida. When they sold the store he bought 80 acres for himself and began living off the grid in a home built from a camper as he had become more and more uninspired by the American capitalist system. One thing remained constant though—he took long, arduous rides into the backcountry on his bike, soulfully dedicated to his passion. “In many ways he was an environmentalist before it became a popular lifestyle,” his brother Carl Rust told the Denver Post two years after his death as the family pushed authorities to use the details of his disappearance to make a formal murder charge.

March 31, 2009 was his final communication with family or friends. A single man, who lived alone, he had gone grocery shopping. After driving to his house, which was only accessible via foot, ATV, or, mountain bike, he called the friend he’d been shopping with, angry that someone had broken into his home, especially enraged—his family theorizes–that someone had stolen his brother’s pistol, given to him after his brother, Joe, had died several years earlier. 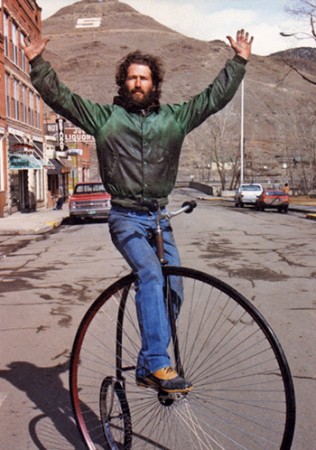 Saguache County is vast, with some 3,170 square miles, so getting help from law enforcement in these remote enclaves is a gamble. The thieves could be long gone by the time they’d arrive. So many believe he spotted the robbers and went after them on his motorcycle, perhaps recognizing them when he caught up. A half-mile from his house, authorities later found two pools of blood, a blood-stained vest and the handle of Rust’s gun that belonged to his brother. His family thinks he found one of his perpetrators in the dark, but another snuck from behind and knocked him out or killed him with the butt of his own gun, breaking it. DNA testing confirmed it was all Rust’s blood.

There were tire marks in the dirt from a car or small truck and motorcycle(s). A month later, his motorbike was found 20 miles east of his home in the Sangre de Cristo Mountains, having been pushed over a cliff. There was blood on the foot clutch.

The case has remained cold but the family said that the sheriff’s office in Saguache County has vowed to continue the investigation.

Last year, at the Telluride Mountain Film Festival, a documentary from filmmaker Nathan Ward of Grit and Thistle Film Company, The Rider and the Wolf, was released to the general public and still has showings scheduled this year across the country. The next is this Friday at Salida’s SteamPlant Events Center in Rust’s hometown. Hopefully, the recent news of his remains being identified changes the story, and justice prevails.

Click here for an excellent podcast on the story from NPR in Southern Colorado.