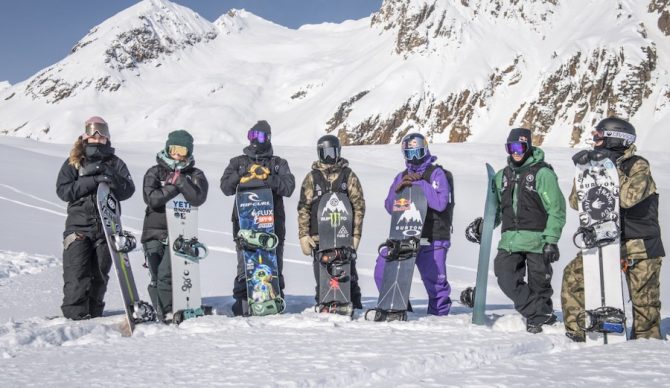 Seven of the world’s best snowboarders are having a showdown in Alaska. Photo: Redbull

You heard me right. Today, Friday, April 16 at 12 p.m. PST, the finals of the inaugural Natural Selection Tour will air on Red Bull TV, and you can catch all the action there, or tune in below.

Seven of the world’s best snowboarders went head to head at Tordrillo Mountain Lodge in Alaska to determine the best all-mountain male and female riders. The contest ran over the course of two days, with a semifinals and a finals going off in relative secrecy. The Natural Selection Alaska production wasn’t a live feed, as in Jackson Hole.

The semis saw Chris Rasman go up against Ben Ferguson and Mark McMorris up against Mikkel Bang, as well as a three way semifinal on the women’s side of Zoi Sadowski-Synnott, Robin Van Gyn and Hana Beaman to determine two men and two women to square up in the finals. Both the semifinals and finals were held in untouched powder that represents some of the most challenging and technical terrain in North America with pitches of 35-40 degrees and, 1,300 vertical feet of terrain in the semis and 2,200 in the finals. 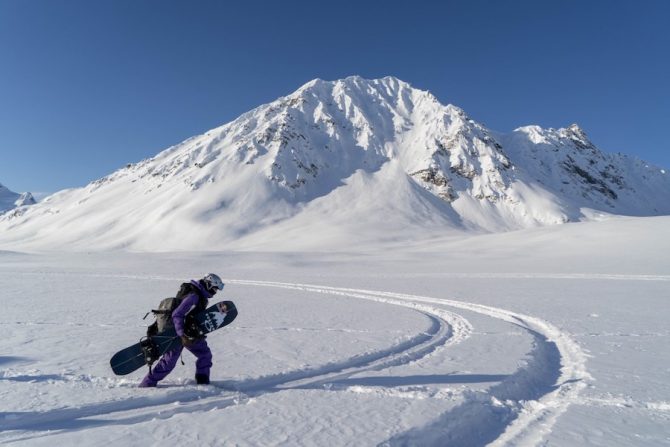 Mark McMorris has been rocking the purple snowsuit all winter – will it carry him to the finals? Photo: Red Bull

“This is it. Alaska provides the most optionality and room for creative expression for big mountain freestyle riding,” Travis Rice, the NS Tour’s creator explains. “The scale up there is just on another level. It’s been a dream to bring an event like this to AK.”

While you’re waiting, be sure to catch up on everything that went down at stop one in Jackson Hole, WY, and Baldface Valhalla in BC.