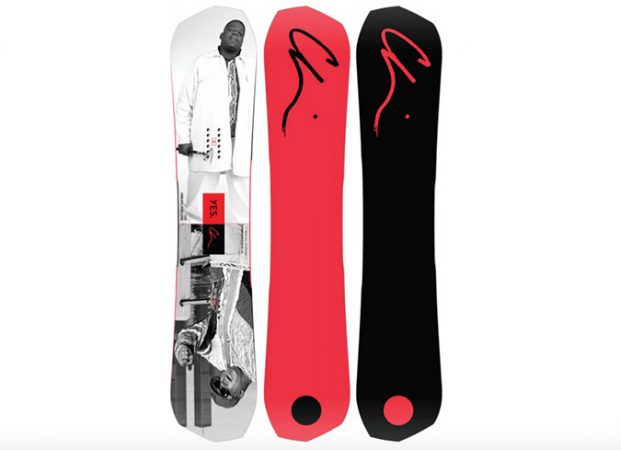 The board was part of a series of snowboards featuring the images of rap icons. Photo: Snowcountry.eu

The images–including the iconic frame of B.I.G. in front of the Twin Towers in 1996–are part of a collection from renowned photographer Chi Modu, who reportedly had a collab with Yes., “Greats x Chi.” Modu is also named in the suit.

B.I.G.’s estate, which includes his widow Faith Evans and mother Voletta Wallace, claimed it asked Yes. to stop selling the boards along with compensation for sales since there wasn’t an agreement in place. “Defendants intentionally and in bad faith gained access to and intentionally sold the Infringing Products to purposely profit from the Property Rights,” read the suit, which seeks an injunction against Yes. as well as profits and unspecified damages.

According to several reports, B.I.G.’s estate already has an agreement in place with a separate snowboard brand and that this could hurt that deal (we’re digging to try to find out which brand that is).

For its part, Yes. Snowboards is a decade-old company that has built a solid reputation within the industry.