Opinion: A Few Thoughts on the X Games Slopestyle Course and a Preview 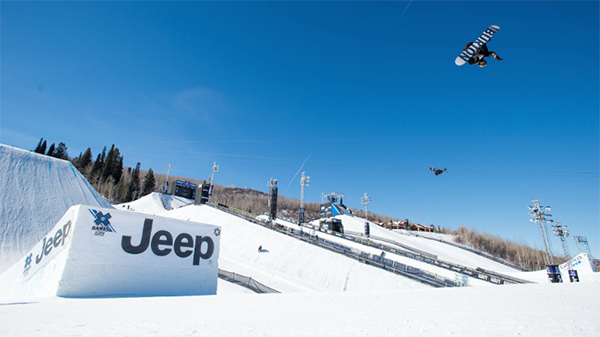 You almost have to admire the consistency in the design of the X Games Slopestyle courses over the years. A consistent environment makes it easier for judges to assess an athlete’s relative performance the same way a football field, skating rink or basketball court have stayed more or less the same over the decades, creating a standard level of play. What’s disheartening is that snowboarding Slopestyle seems to have increasingly more in common with these rigid genres than it does with its core. Looking at the course layout for this weekend’s X Games Slopestyle is no exception. It’s straightforward with two or three jib sections at the top into three step-down kickers growing in size with the last jump being 80 feet to the sweet spot. No surprises here.

The lack of diverse features at the X-Games Slopestyle creates this continuity, wanted or unwanted: it’s always a jump-off on traditional, straight-forward step-downs. Where similar disciplines in related sports such as skateboard park and skateboard street allow riders to choose their own line and express themselves far more thoroughly, Snowboard Slopestyle functions much more like a narrow funnel that starts with very few options and quickly whittles down to one.

This is, in large part, why X Games Slopestyle is only progressing in one direction: with athletes limited adding more flips and rotations to tricks rather than seeking creative lines or unique ways to hit less linear features. The courses aren’t imaginative, and most of all, they lack transition. It’s a problem that the world’s premiere snowboarding event is only providing the world’s most adaptable athletes with straight take-offs and strait-landings with little emphasis on other features like jibs, hips, quarters, or other unconventional nuances.

The riding over the past two decades has reached phenomenal heights while the progression in course design and layout, probably better for television, has if anything, regressed.

We have reached the point now where the features limit the athlete’s ability to truly showcase their skills. Something that is blatantly evident to anyone who has seen events like Peace Park, where riders get to showcase how well they can actually maneuver their snowboard across carried terrain as opposed to straight-lining it down an otherwise boring slope. 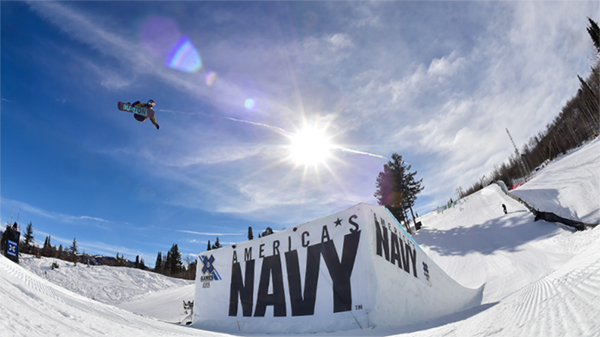 Now that I’ve ranted a bit, this year’s X-Games Slopestyle should still be pretty exciting. As with every new season there’s a chance that some part of the mold will break, some rider will throw the Slopestyle equivalent of a switch method and the judges will recognize this feat as something comparable to a double, or dare I say, triple cork. One major change in this year’s competition format for both Superpipe and Slopestyle competitions is the “Finals Only” format where all invited riders go straight to finals where they get three chances to put down their best single run. This format may lend itself to riders who lack the consistency of a McMorris, Kadono, or Sandbech, but have the same ability to throw down an occasional top ranked run.

It will be exciting to see what will become the trick or combo to beat. While there have been whispers of a quad cork it is doubtful one will be seen given the size of the jumps. In fact, we’ll be lucky if we get anything on par with the back to back triple 16’s thrown by Yuki Kadono at the US Open in Vail last season or the recent combo put down by Mark McMorris who seems somewhat unbeatable right now with a first place finish at the Dew Tour and a recent victory this past weekend at the LAAX Open where he put down back to back triples corks. The struggle will be for other riders to standout and catch the attention of the judges, even if they don’t have the dizzying triple cork combos in their arsenal. 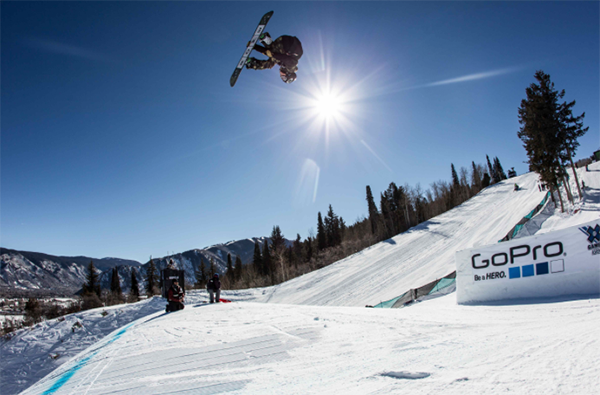 Last year at X, Ståle Sandbech may have put down the best run of the competition despite the silver medal finish. On paper his run was more technical than McMorris’s and watching it, his style was flawless. It is possible that Ståle and fellow European riders may suffer from what European riders have always suffered from: “Eurostyle” or making really difficult tricks look too easy thanks to impeccably fluid style. It’s the rare case where style has a detrimental effect on technicality but the Euros have managed it. This might come into play if it’s a technical shootout, so he who sells the effort may end on top, no matter how backwards that seems.

Sage Kotsenburg who hasn’t medaled at X since 2012 has the opportunity to stand out in the same way he did at the Olympics in 2014, a performance that for a brief moment turned the tides in snowboarding Slopestyle, shifting them towards a sport that placed a higher value on style and originality than flat out technicality. However, that intoxicating cloud of hope quickly burned off thanks to the stomping of the quad cork by a select few riders, and since then everyone seems to have developed amnesia and once again fallen under the trance of maximum flips and spins.

Even if the judges don’t reward it, it would be nice to see a Holy Crail or two from Sage.

Anyone of the riders can take the win with this year’s format. Torsten Horgmo is, on any given day, the best Slopestyle rider in the world. Unfortunately he is coming off a broken back he sustained while filming down under for the Shred Bots movie this past summer so no one would fault him for crusing through this one.

Darcy Sharpe is in his first X Games and is competing in both Slopestyle and Big Air. Sharpe has had impressive finishes in the Dew Tour, and has a sleepy style which when combined with his technical ability will make him really watchable, and he should shine in the jib sections. 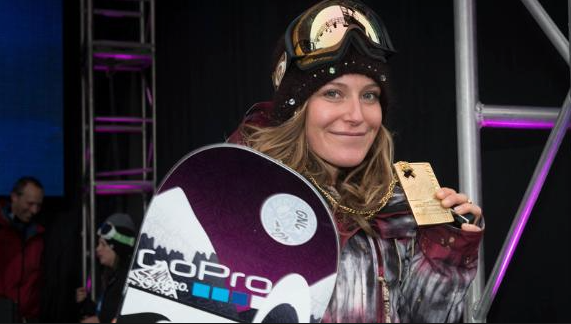 Also in his first X Games is Norwegian Mons Røisland who is also part of the Shred Bots crew and has some big-boy jump tricks and tight style. He’s able to make 7’s as entertaining as 14’s which could be a valuable asset if the riders start maxing out the jumpline. Sebastian Toutant, fresh off a third place finish at the LAAX Open could easily rule the day as well if he can land and last year’s bronze medalist, Sven Thorgren, became the first Swedish Male in X Games history to end up on a podium and if he can stomp a run with his signature crossed-up and unwound style then there’s a good chance he will be up there again.

On the woman’s side, Jamie Anderson has got to be the favorite. Coming off a win at the LAAX Open she has been the most dominant woman’s Slopestyle competitor in the past decade and there is no reason to think she should stop now. However Silje Norendal is the reigning champ and has won the last two X Games Slopestyle contests and with the frontside rodeo 720 and Cab seven in her bag of tricks she will most likely be neck and neck with Anderson in this years competition.