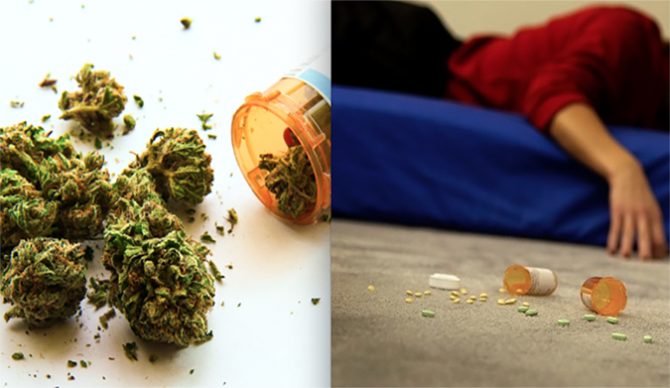 While the reasons are vast and often inexplicable, marijuana has long existed on society’s fringe—whether in recreational circles or within the medical community as a means of treating ailments. Classified as a drug, it was a focus in what we know now as a misguided war. (In 2014, despite legalization in several states, marijuana still accounted for 45 percent of all drug arrests in the U.S.)

But the tide is changing. As it should. Two weeks ago, medical examiners announced that Prince–one of the most iconic musicians of all time–died of opioid overdose—the dangerous, synthetic substance found in prescription pain medicine. Michael Jackson, equally as iconic, shared a similar fate. And so many action sports athletes have been affected as well. Which is why it’s time to flip the script: let’s end our addiction to prescription pain medicine. Marijuana needs to be immediately substituted as an acceptable prescription pain reliever, prescribable by any doctor, anywhere. The once-taboo herb has virtually no side affects and isn’t chemically addictive. And our mindset regarding the plant needs to change as well.

Too many stories exist where athletes (professional or otherwise) get hurt, destroy parts of their bodies, then become horribly addicted to a man-made medicine, be it Oxycontin, Fentanyl, Tramadol or any number of manufactured chemicals prescribed by physicians.

“We have all these people walking around high on heroin, and you can call it whatever you want but (drugs like) Percocet are heroin,” says Ross Rebagliati. 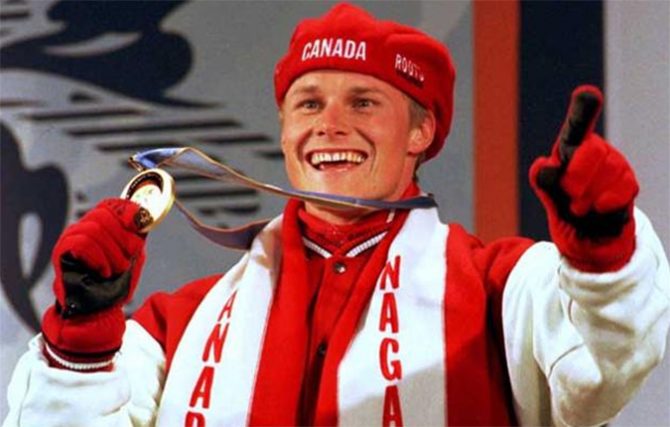 Rebagliati was the first snowboarder ever to win a gold medal in the Olympics in 1998, and the Canadian was nearly stripped of it for having THC in his system. He was lucky. Marijuana wasn’t a banned substance at the time. Rebagliati, who used marijuana for concussion issues, now openly campaigns against the prescription drug industry: “Let’s do what’s right for athletes and families and ban opioids across the board.”

I couldn’t agree more. The addictive affects of prescription drugs are destroying our people. I have friends who are doctors, friends that are dentists. They deal with lines of addicts seeking refills on prescriptions, a time-suck that prevents them from treating actual patients. And Percocet and Oxycontin are as powerful as heroin or methamphetamine, where addicts experience horrendous withdrawal symptoms if they somehow find the inner strength to get clean: seizures, foaming at the mouth, shakes – pure caged animal shit.

One of the greatest surfers of our time, Andy Irons, reportedly spent several stints in rehab for Oxycontin addiction. NFL icon Brett Favre experienced a well-publicized addiction to painkillers. NFL draft bust Ryan Leaf was sent to prison after breaking into a home to get his fix. The stories are endless. Who do you know who’s addicted? We all have them: friends and family affected by this ridiculous epidemic that’s actually fed by our own medical industry (in 2015, Sports Illustrated made a case that high school athletes are falling into heroin use with prescription painkillers as a gateway). 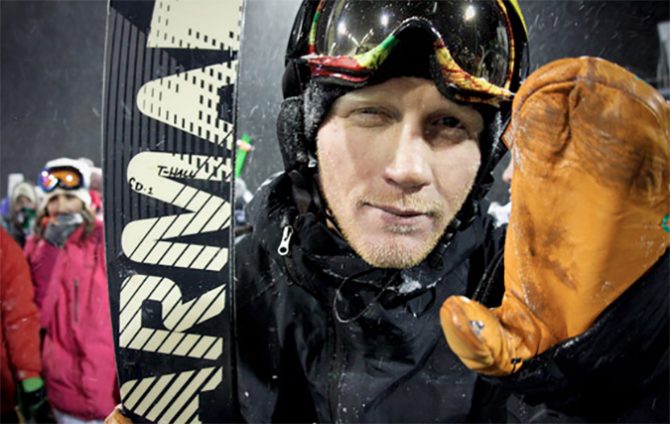 One celebrated action sports athlete is a living example of why our mindset needs to change. Freeskiing icon Tanner Hall openly supports marijuana as a substitute for these awful medicines. It’s been an uncompromising battle for Hall, who became addicted to painkillers after a horrendous accident in 2009 at Steven’s Pass, Washington where he broke both legs and tore both his ACLs. Hall was prescribed Oxycontin for his pain and became addicted to the drug.

“My body got used to it and I was hooked just like everyone else,” he says. “The first six to eight months, it puts a little pep in your step, but after a while it turns you into a zombie. And if you don’t get the opioid inside your body, the pain from withdrawing is ten times worse than anything you could imagine. It took some of my best friends to wake me up from a deep, dark hole. I nearly killed myself.”

This from someone who, each winter in his prime, threw such gigantic, technically-difficult airs, he transformed the sport of skiing, winning seven X Games gold medals. Hall was taken to his knees by a tiny pill.

Like Rebagliati, he’s become a champion for a change in our mindset with regards to how we view marijuana. But he’s a realist and knows society is resistant, he told me. And using marijuana as a substitute for these horrific medicines isn’t an end all. Ending our chemical dependency will take fortitude on the part of humanity—first off, in regulation. Second in a societal shift and in some cases, not all, an increased tolerance for discomfort after an injury. Especially when coming out the other side without an addiction is the pot of gold. Marijuana simply dulls pain, it won’t erase the pain entirely. But the addictive properties are literally null and void. 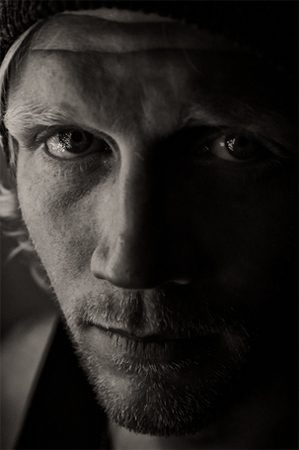 Hall believes—as do many others who understand the holistic approach to medicine—in the power of positive thoughts. And the state of mental health as an ally in the battle to recover from injury.

“In use as a painkiller, marijuana just puts your mind at ease,” says Hall. “Pain pills erase what’s going on entirely. There’s no feeling or thinking. These pills are blocking the brain (function) and parts of the body that are trying to heal themselves naturally. Marijuana doesn’t do that.”

Real physicians are changing their minds on the subject, too. In 2013, CNN’s lead medical correspondent, Dr. Sanjay Gupta, a neurosurgeon at Grady Memorial hospital in Atlanta and a professor at Emory University, reversed his stance on marijuana entirely, not only because of the plant’s use as a pain reliever, but in treatment of other serious illnesses like seizures as well. “We have been terribly and systematically misled for nearly 70 years in the United States (on the subject of marijuana),” he wrote for the news agency. “And I apologize for my own role in that. (And) most frightening to me is that someone dies in the United States every 19 minutes from a prescription drug overdose, mostly accidental.” 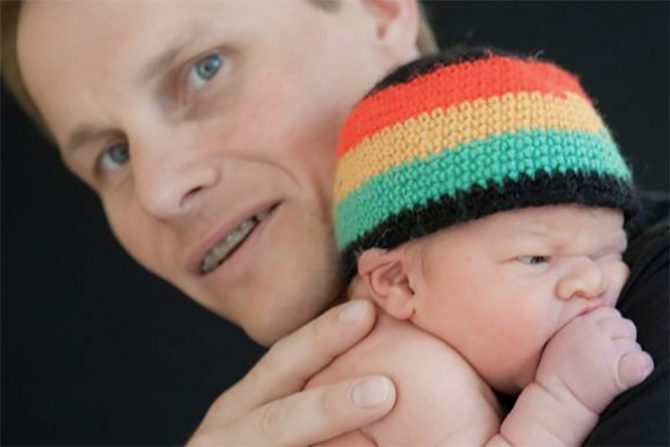 But unless we shift as a society, with regulation and mindset change used together as means in the shift, we’ll continue to feed prescription pill companies making millions off us. Both Rebagliati and Hall expressed quiet cynicism with the industrial medical complex at work in America, but neither wanted to push too hard for fear of sounding like conspiracy theorists. But is it really a conspiracy theory anymore? If no one’s sick, some big companies lose a lot of money (America comprises 5 percent of the world’s population but consumes a whopping 80 percent of its pain pills).

That’s why ending our addiction to prescription drugs will require a cultural shift in our collective thinking: one that normalizes marijuana, and downplays the silly “stoner” stereotype associated with the drug. Like any substance used for medical purposes, it isn’t all roses: inhaling the smoke from a burning substance can’t be good, 100 percent of the time and mental addiction is real, too. But should it really be a big deal that your neighbor uses weed for back pain after years of surfing? We shouldn’t bat an eye if the high school baseball player takes marijuana pills, post Tommy John Surgery.

In 2014, opioids killed some 28,000 people. And prescription drugs—where opioids are found—amounted for more than half of those deaths. So legal drugs now destroy more families than illegal ones. As Rebagliati says, “It’s time to find another way.”

Some form of marijuana legislation will appear on ballots in at least 20 states this fall.