Opinion: Superpipe is Back; But Picking Winners is Still Tough 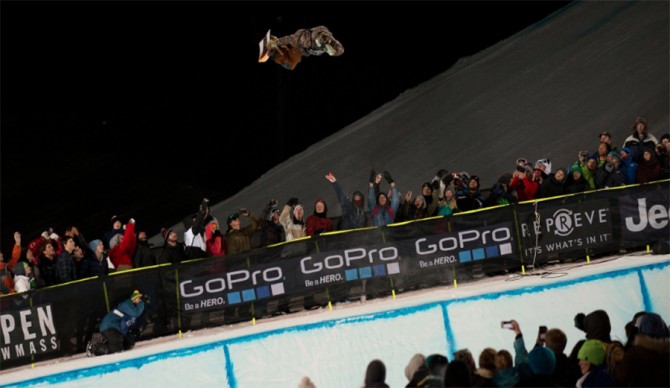 What only a few years ago was considered a stale and un-evolving discipline in snowboarding, Superpipe is now leading the charge in progression. With less margin for error and far more dire consequences the sport had seemed to leve off in terms of new tricks like the double McTwist and Yolo Flip. Thankfully, two years ago, Danny Davis took home his first of two X Games Superpipe golds thanks in large part to the judges recognition and emphasis on style and innovation over total number of spins and flips.

Davis’s seemingly fortuitous injury sustained just prior to the 2010 Olympics shifted the way he approached riding in the pipe and he began to focus less on learning the newest tricks and more on what felt right in the moment, the result of this approach has been stunning and out of it has come a whole new style of event (enter Peace Park). The best thing we could hope for in this year’s X Games Superpipe is that Davis or some other rider continues to push the limits of pipe in a similar, style-focused, innovative fashion. Plus it makes the television product that much better.

The 2016 X-Games Superpipe is turning out to be one of the most anticipated in recent years. While the aforementioned Davis is still on a winning streak and is the undisputed favorite, there is a significant want—call it hopefulness—in the snowboard community for Ben Ferguson to finally put down a podium worthy run when it counts, and formally introduce himself as one of, if not the most respected up-and-coming all-terrain and transition riders in the world. As it stands now Ferguson is in the unique position of being considered a renowned and progressive pipe rider lacking the major victories in competition that typically solidify that status. Perhaps this year’s “Finals Only” format will better suit his riding.

If Ferguson is the favorite underdog then his younger brother Gabe is next in line.

It’s not a stretch to imagine the younger Ferguson on top of the podium seeing as his riding is only maturing and he’s already a two-time X Games Finalist at 17. He has the tricks and fluid style to put down a podium run but will need to figure out a way to separate himself from the pack if he wants the top spot. 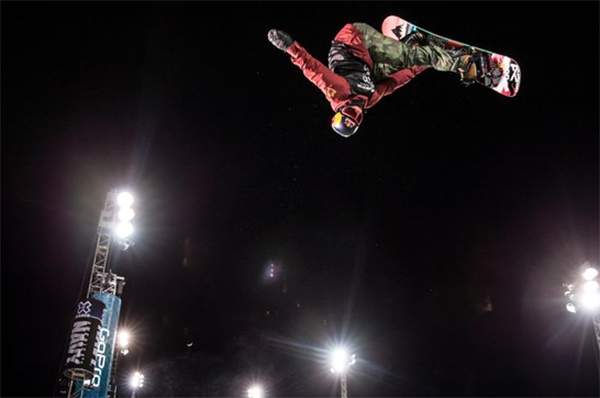 In a similar position, albeit with far less hype, is Chase Josey whose remarkable amplitude shot in the opening segment of the Snowboarder magazine movie, Forward, two seasons back combined with the first place run he put down last season at the Red Bull Double Pipe makes him another contender for a podium spot and one of the riders most capable of pushing the style envelope even further away from figure skating, thankfully.

Other notable contenders include Taku Hiraoka, who got silver in last year’s X Games Pipe and the 2014 Olympic Gold medalist Iouri Podladtchikov, who scored X Games bronze. While both riders have the technical tricks, Podladtchikov in particular often lacks the amplitude and the “WOW!” factor of some of his fellow riders, which might be why, in seven appearances at X Games, I-Pod has never left with gold around his neck. 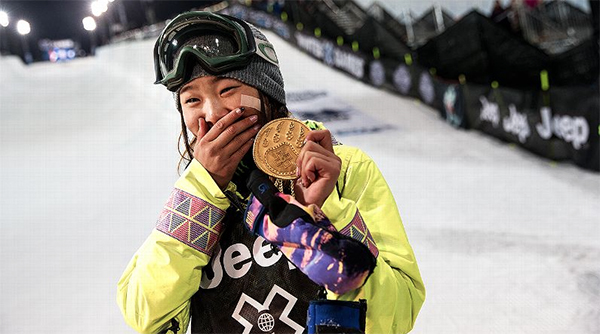 Notably absent from this year’s invite list is Shaun White. White did put up a strong performance at the first Dew Tour stop earlier this season where he topped a stacked field of riders but his absence this year might signal a shift in the style preferred by judges and fans. Hard to tell why he’s not in the contest.

On the woman’s side, Chloe Kim is out to defend her title and will need to do all she can if she wishes to hold off the winningest woman in X Games History, Kelly Clark who still has some of the most technical tricks in the game in her arsenal. Torah Bright and Arielle Gold will also be jockeying for podium positions and if they can step up the amplitude and difficulty of the tricks, they may could both end up on top of the podium.